Swiss tennis legend Roger Federer competed for the final time at the Laver Cup a few days back, bidding goodbye to professional tennis and bringing an end to his incredible 24-year career in tennis during which he won 20 Grand Slams and 103 tour-level titles in total. Fittingly, Roger partnered with his old rival and close friend Rafael Nadal in doubles at the fifth edition of the Laver Cup. After the match, Nadal was unable to hold back tears while being seated next to a visibly emotional Federer during the retirement ceremony, which has been called one of the greatest sporting moments of all time.

The night was also incredibly emotional for Roger’s greatest fan – the 41-year-old’s wife Mirka Federer. We’ve all witnessed how Mirka has been a constant support for Roger through the highs and the lows of his career. The tennis legend even made a tear-jerking statement during the ceremony, saying: “she could’ve stopped me a long time ago. But allowed me and pushed me to carry on playing.” For one of the greatest nights in Roger’s professional career, Mirka was seen sporting one of the coolest and rarest Rolex watches – a Rolex Cosmograph Daytona ‘Rainbow’ (ref. 116509RDPB). In fact, it’s quite possibly the most expensive watch in Federer’s vast collection of highly sought-after Rolexes. 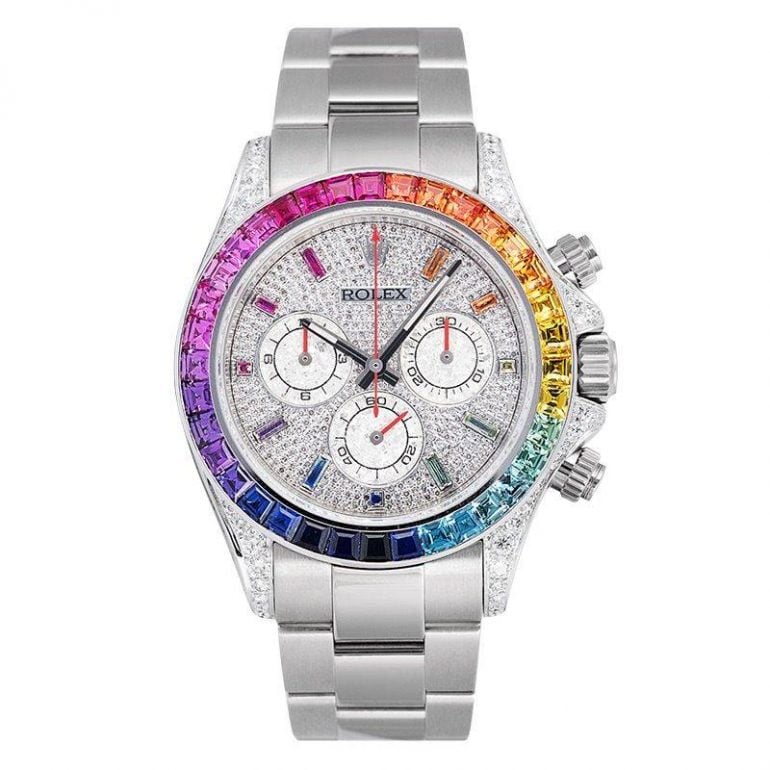 An incredible watch for an incredible evening
Roger Federer has been one of the most celebrated brand ambassadors for Rolex with their association spanning more than two decades. One of the perks of being married to someone who’s very important to the brand is getting hold of some of the rarest and incredibly expensive watches. Over the years, Mirka has been often seen rocking absolutely jaw-dropping Rolex timepieces, including a Day-Date with emerald bezel and diamond pavé dial. However, she fittingly chose to wear the most incredible Rolex on one of the most important nights for Roger. 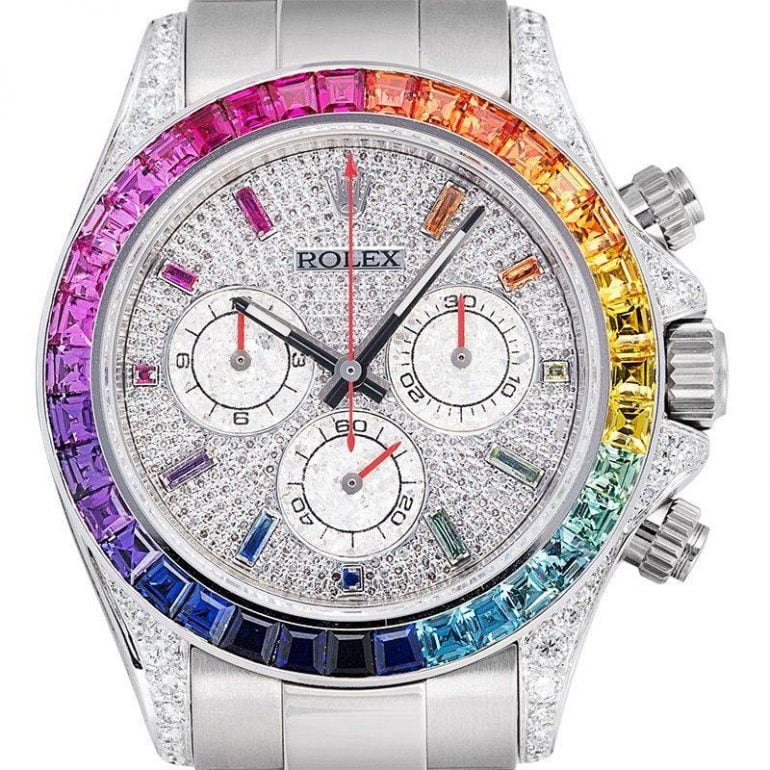 As Dmarge points out, the bedazzled Rolex Cosmograph Daytona perched on her wrist is an off-catalog piece that is only available to the most loyal Rolex patrons or friends of the brand.
What makes the white gold Rolex Cosmograph Daytona special is its unique dial which is entirely covered with diamonds and features baguette-cut multicolored diamonds for indices. Additionally, the watch features a rainbow diamond-set bezel, and the lugs and the crown guards are also set with more diamonds. 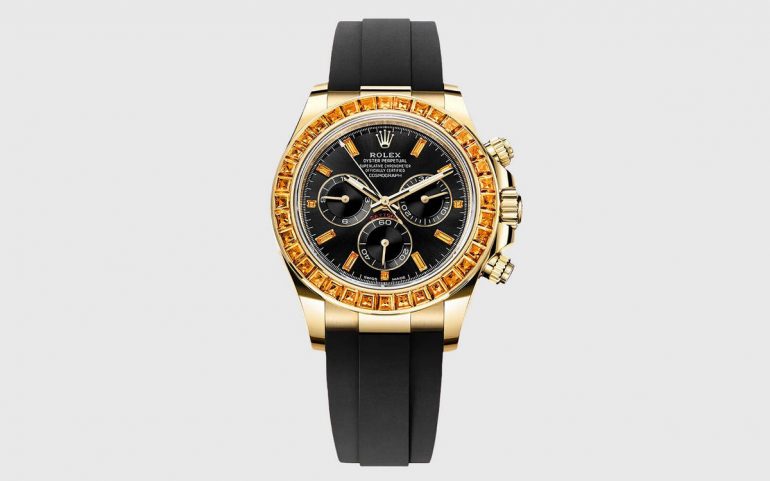 You might remember that Roger Feder wore a Cosmograph Daytona covered in orange sapphires at Wimbledon a few months back which also happens to be incredibly expensive and an off-catalog piece. However, it’s no match for Mirka’s Cosmograph Daytona ‘Rainbow’.


One of the most lovable sports couples
Roger and Mirka’s story is just as beautiful. The two were married in 2009 and have two sets of identical twins. However, you’ll be surprised to know that Roger met Mirka long before his first major singles win. In fact, Mirka herself was an accomplished tennis player and they both met while representing Switzerland at the 2000 Olympics in Sydney. Mirka was forced to retire from tennis after a career-ending foot injury and chose to support her husband’s tennis career. “She’s been there when I had no titles and she’s still here 89 titles later, so she had a big part to play in [the win],” Roger had said after winning the Australian Open in 2017.
Tags from the story
Rolex, Tennis