After introducing the limited-edition 1858 Geosphere Chronograph 0 Oxygen Limited Edition 290 in March earlier this year, Montblanc has expanded the collection by revealing a new interpretation of the zero-oxygen timepiece. While the Limited Edition 290 was dedicated to legendary mountaineer Reinhold Messner, the first person to climb the world’s 14 highest peaks and the first to undertake a solo ascent of Everest without oxygen, the new 1858 Geosphere 0 Oxygen LE 1786 is dedicated to Messner’s son, Simon, who followed in his father’s footsteps. Simon completed an ascent of Mont Blanc in August while wearing the watch on his wrist. He even recorded the ascent which can be experienced by customers at Montblanc boutiques via virtual reality glasses. 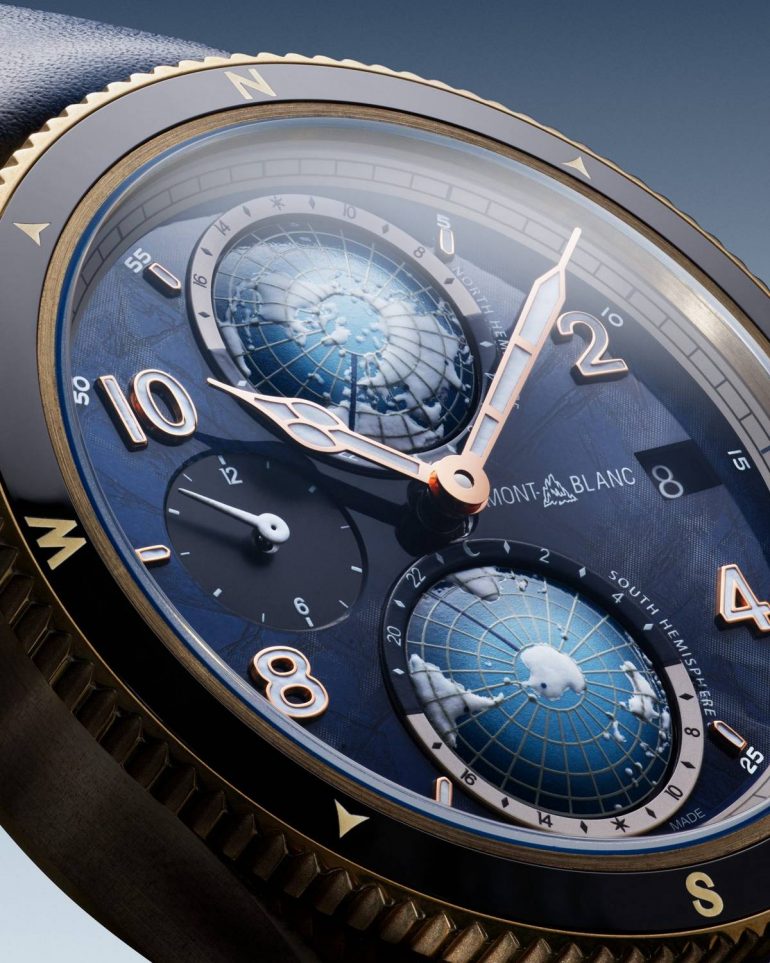 Just like the Limited Edition 290, the new Montblanc watch is filled with inert gas and the lack of oxygen inside the timepiece helps protect it from oxidation and fogging on the inside of the sapphire crystal that can occur at extreme temperature changes. The LE 1786 features a smaller, 42mm bronze case along with a special dial that debuts a new blue glacier pattern. 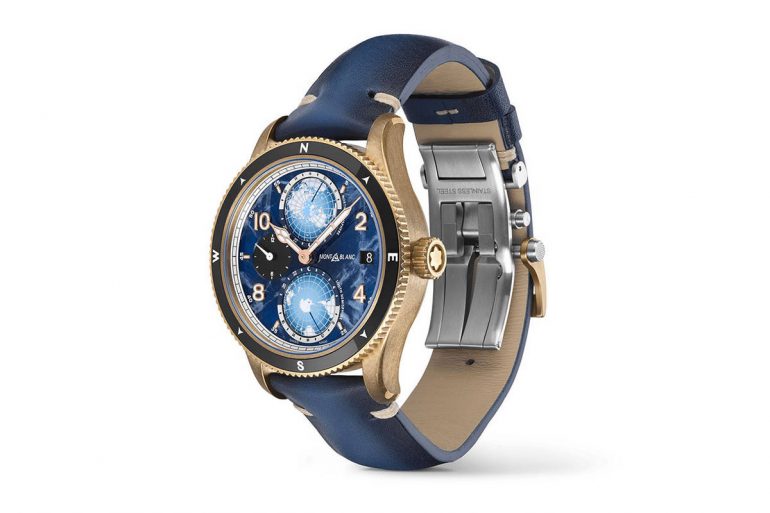 The timepiece is powered by Montblanc’s MB 29.25 automatic movement and is paired with a blue Sfumato calf leather strap with beige stitching. The Montblanc 1858 Geosphere 0 Oxygen LE 1786 is limited to 1786 pieces, which marks the date of the first ascent of the Mont Blanc by Jacques Balmat on August 8th, 1786, and is priced at $6,800.