Richard Mille has added a new watch to its most beloved and bestselling line of timepieces, the RM 011. First launched in 2007, the RM 011 family of chronographs has firmly established itself as the signature creation for the brand and the fifth-generation model takes Richard Mille further on its journey to experiment with unusual, lightweight materials. The new RM 11-05 Automatic Flyback Chronograph GMT perfectly epitomizes the watchmaker’s philosophy of pushing the boundaries of innovation to create unique, contemporary sport watches. The highlight of the watch is its tonneau case in which the bezel is made grey cermet. Claimed to combine the lightness of titanium and hardness of a diamond, the material is created from ceramic and a sintered metal. Developed in conjunction with the IMI Group, the watch uses a zirconium-based Cermet (formally called Zirconium carbide) which has the hardness of 2,360 Vickers – almost the same as diamond’s 2,400 Vickers. This makes it extremely durable and highly scratch-resistant. It has a Carbon TPT mid-case and titanium back, which are all held together by Richard Mille’s spline screws in grade 5 titanium. 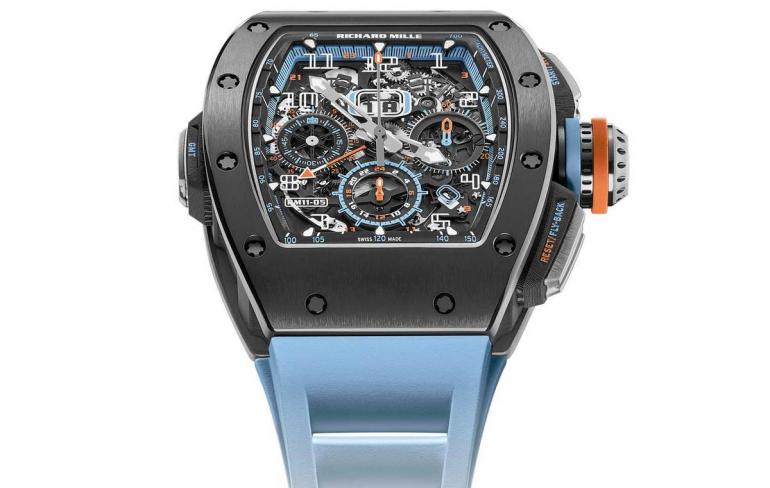 Powering the new watch is the RMAC3 movement, which is manufactured by Parmigiani’s sister brand Vaucher. The automatic movement’s baseplate and bridges are forged in grade 5 titanium and feature extensive skeletonization. It has an interesting and very useful combination of the GTM complication with a flyback chronograph and an annual calendar. The movement has a power reserve of 55 hours; 45 hours with chronograph running. The grey case of the watch is contrasted by light blue and orange accents found on the dial, the flange, the crown, the pushers, and the strap. Only 140 units of the RM 11-05 Automatic Flyback Chronograph GMT will be made and will retail for $215,000. 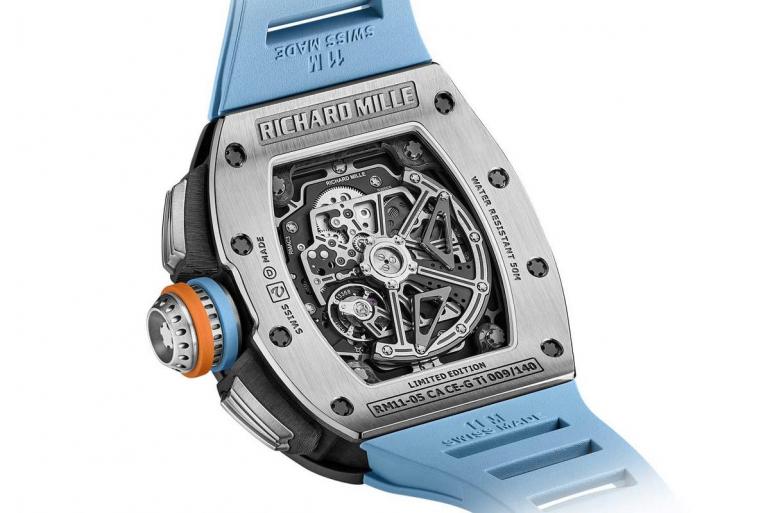 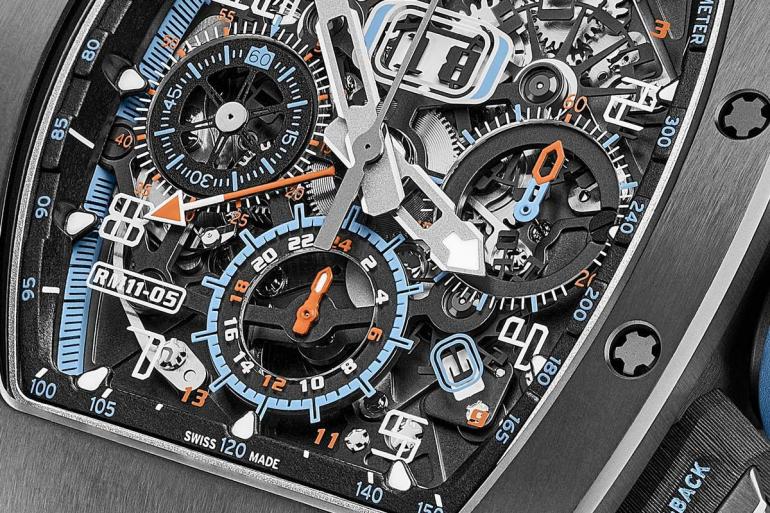 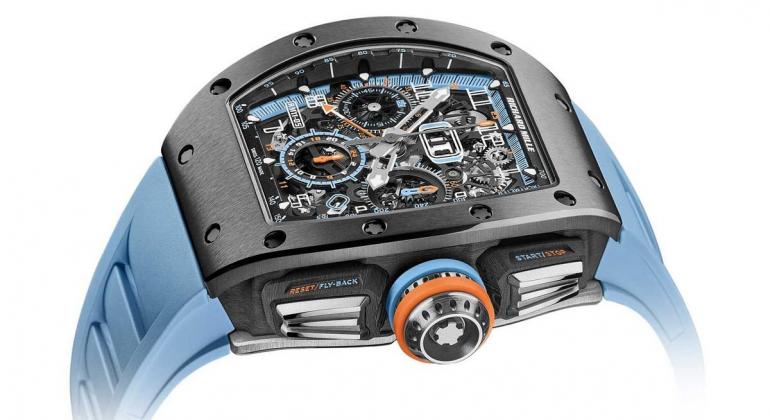 Tags from the story
Chronographs, Richard-Mille