I always feel that the stars, moon, and planets hold many secrets locked inside and one day hopefully we will find the key and understand their untold stories. Whimsical as this may sound, but there is something that is out there that draws us to it. Maybe that’s what inspired Richard Mille to construct the Planetarium-Tellurium, a device that gives you loads of info on the Sun, Moon, Earth, Mercury, and Venus. The device is capable of telling you the current axis of the Earth; it’s position relative to the Sun, the rotation of the Moon, as well as the positions of Venus and Mercury among other things. Unfortunately, it does not include info on all the planets. The device doubles up as an extremely sophisticated clock and perpetual calendar, which can even tell the current signs of the Zodiac. The planetarium-tellurium is wound with a lever system, and it has a power reserve of 15 days. 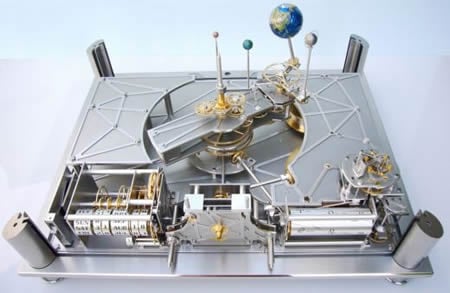