It was last year when Bugatti and Jacob & Co. announced their partnership and the two brands have already come up with several special edition timepieces during this time period, including the $580,000 Twin Turbo Furious Bugatti 300+ watch released in June this year. And now, the collaboration between Bugatti and Jacob & Co. has spawned the most exclusive timepiece to date that pays tribute to the most exclusive and expensive Bugatti recently produced. Meet the Jacob & Co. Twin Turbo Furious Bugatti “La Montre Noire”, a one-off creation with a price-tag of $1 million celebrates the creation of the Chiron-based one-off called Bugatti La Voiture Noire – the world’s most expensive new car at $12.5 million (before taxes). Before we discuss the watch, it’s important to talk a little about the car. The one-off made its debut at the 2019 Geneva Motor Show and the details of its owner have been kept a mystery. The name translates to ‘the black car’ in English and it was built as a tribute to the Type 57 SC Atlantic Coupe. Out of the four cars that were ever built, the Chassis no. 57453 with a stunning black paint mysteriously disappeared in 1940 and has never been found. Bugatti La Voiture Noire was created to celebrate its legacy. 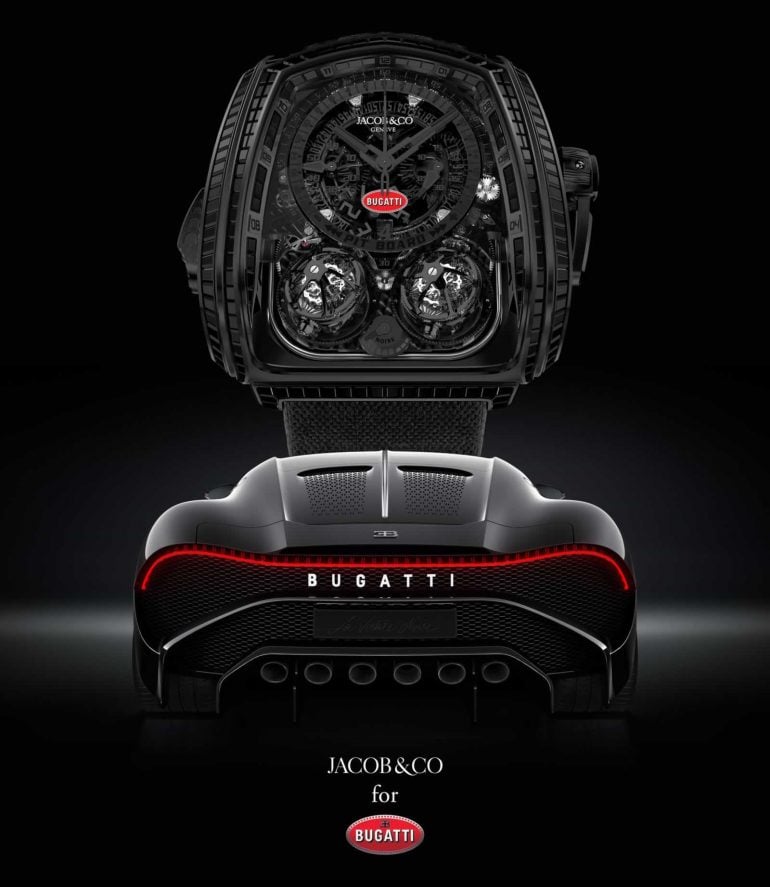 Coming back to the exclusive Jacob & Co. timepiece, the one-off is based on watchmaker’s highly-complicated Twin Turbo Furious concept and features an eye-popping all-black look just like the hypercar it’s based on. The case itself is a work of art that is made of 18k black gold and is assembled out of a whopping 88 parts. It’s pretty big with a measurement of 57mm x 52mm x 17mm, and it is decorated with 344 baguette-cut black sapphires. Even the black Cordura strap with a PVD titanium clasp features a buckle in black gold with 18 baguette-cut black sapphires. The layout of the dial is pretty much unchanged from the watch it’s based on; however, the entire dial is in black except for the bright red Bugatti logo. The incredibly complicated manufacture movement boasts 832 individual components and is also treated in black. The Jacob & Co. manual winding JCFM05 caliber is regulated by a pair of triple-axis tourbillon regulators, rotating on three different axes, at three different speeds. In addition to that, the watch also gets a mono-pusher chronograph and an impressive decimal repeater complication. As mentioned before, all we know is that the one-off timepiece is priced at $1 million; just like the Bugatti La Voiture Noire, we have no information on the buyer. 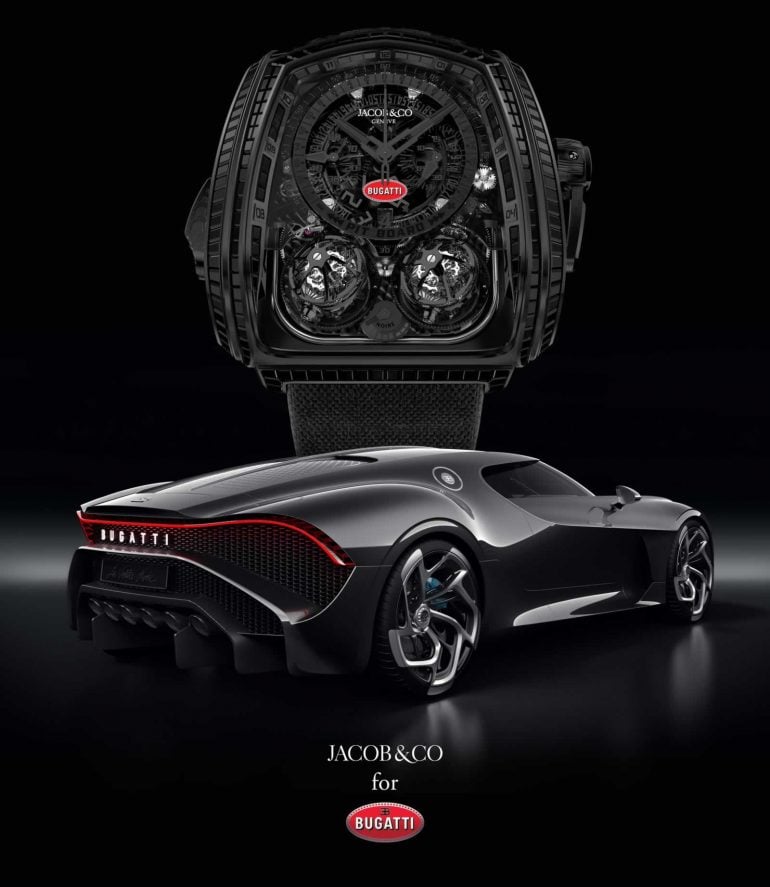 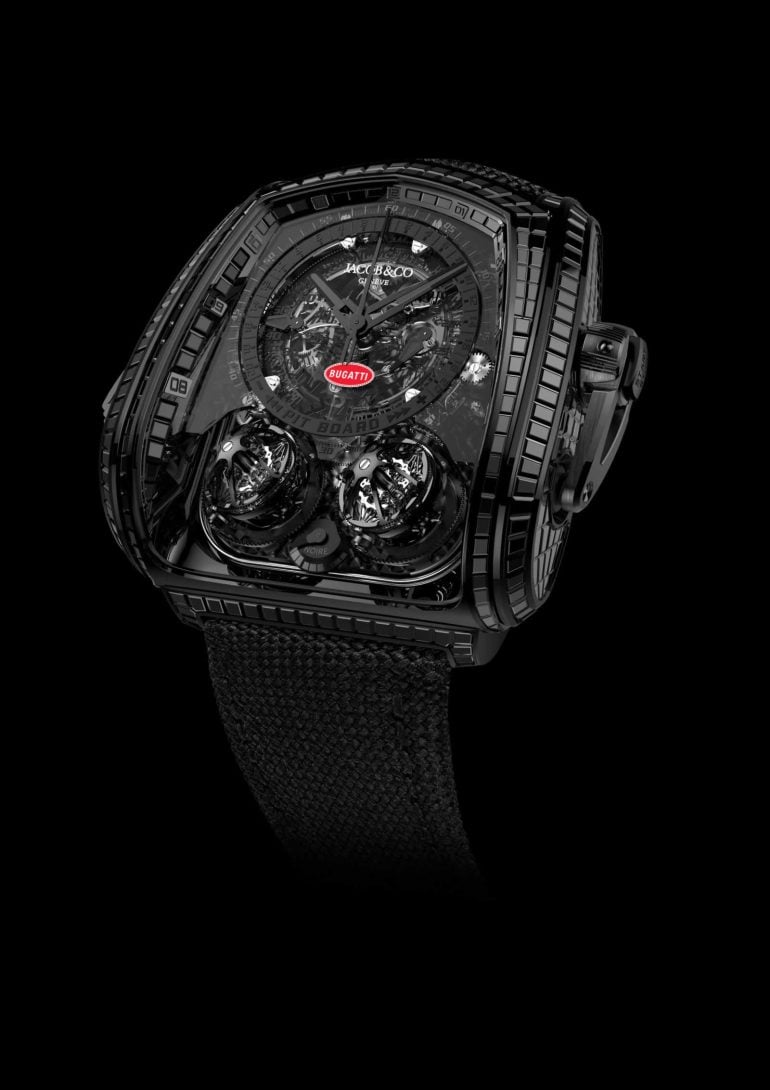