“Beam Me Up, Scotty” its 8th of September! The day is special for Trekkies all over the world that will unite to celebrate Star Trek Day. The best and easiest way to celebrate Star Trek Day is simply taking the time to marathon the original series. Bring together fellow Trekkies, some themed snacks, and dress up in old uniforms to commemorate the 54th anniversary of the original “Star Trek” TV premiere on Sept. 8, 1966. For those who have been lucky enough to get their hands on some fantastic Star Trek memorabilia no reason why it shouldn’t be honored as the centerpiece on your table today! Star Trek fans unite in the mutual feeling that it is cool to be smart; it not about good looks, social status but all about being good at your jobs. We second this thought and boldly go where no man has ever gone before- curated a list to celebrate this day with the most unique and expensive Star Trek memorabilia ever sold. 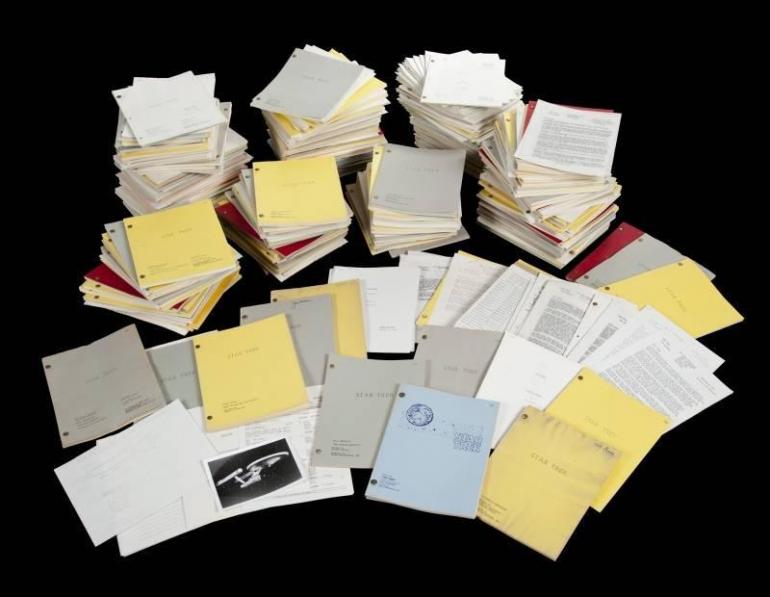 Star Trek: the original series massive production script, $70,400
For those unaware, 79 episodes comprised the three seasons of the original Star Trek series of which an archive of original scripts and story was sold by Julien’s auctions. The lot includes approximately 193 total script drafts from 73 of the episodes, 94 story outlines from 53 of the episodes. For a die-hard fan that equals five file boxes of a large selection of original memos and additional material that is worth its weight in gold. 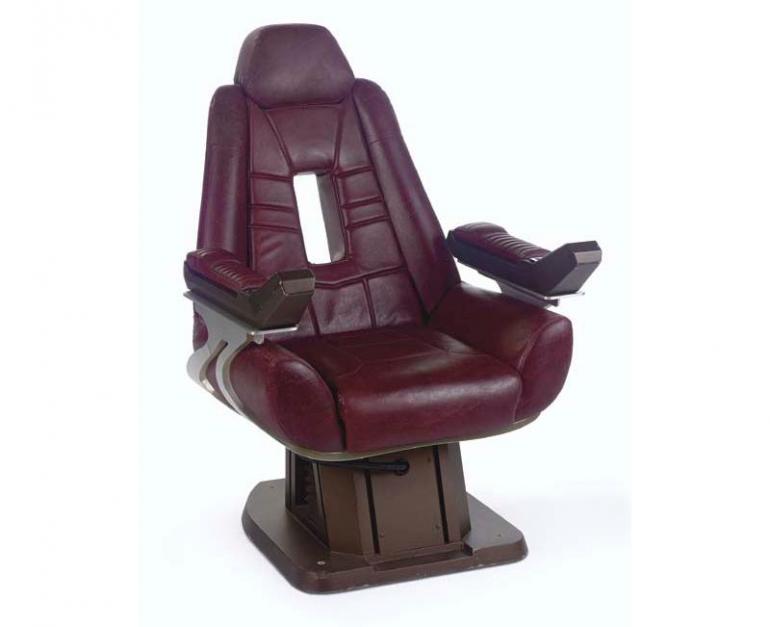 Enterprise-e captain’s chair, $62,400
Ask any Trekkie, the captain’s chair at the center of the bridge is the symbol of the commanding officer’s authority. To feel the greatness and authority one needs to be perched on this padded aircraft-style armchair covered with burgundy-dyed imitation leather. The armrests with simulated control panels are designed to accept a small LCD display screen. Enterprise-E captain’s chair measured 47x36x32 inches in size was featured as Jean-Luc Picard’s Captain’s chair on the bridge of the Starship Enterprise-E in Star Trek: First Contact, Star Trek: Insurrection, and Star Trek: Nemesis. 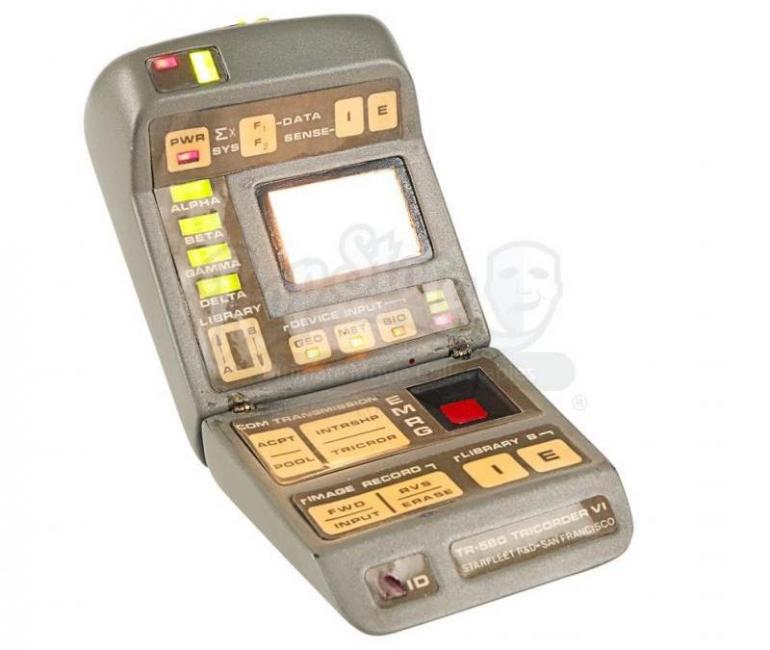 TR-560 tricorder VI, $18,300
Starfleet personnel relied on tricorders to scan for everything from mechanical malfunctions to life signs. The tricorder is made of resin with a matte-grey finish. It features a flip-out panel that reveals button decals, lights, and a small faux screen. The design was later updated to a more futuristic appearance. The tricorder measures: 16.5 cm x 8.5 cm x 4 cm and included a removable panel on the bottom to access the electronics, which are powered by a 4LR61 6V battery.

Starbase office backlit viewscreen, $15,600
A true fan would want the ‘United Federation of Planets’ seal to be hanging above their head at any given point of the day. This is why this 39x52in Starfleet-style prop that was used as set dressing on Star Trek: Deep Space Nine has made it to a Trekkies home. After all, the large backlit screen with the United Federation of Planets seal makes this an exceptional display piece.

Picard’s Ressikan flute, $48,000
It is considered a lasting reminder of Picard’s virtual life on the planet throughout the rest of the series. Picard’s non-playing brass musical instrument comes with a white string tassel and textured plastic case. It went under the hammer for $48,000 after an estimated price of only $800-$1200 was made. The flute was seen in “The Inner Light” and additionally featured in “Lessons” and “A Fistful of Datas” in Star Trek: The Next Generation (2). 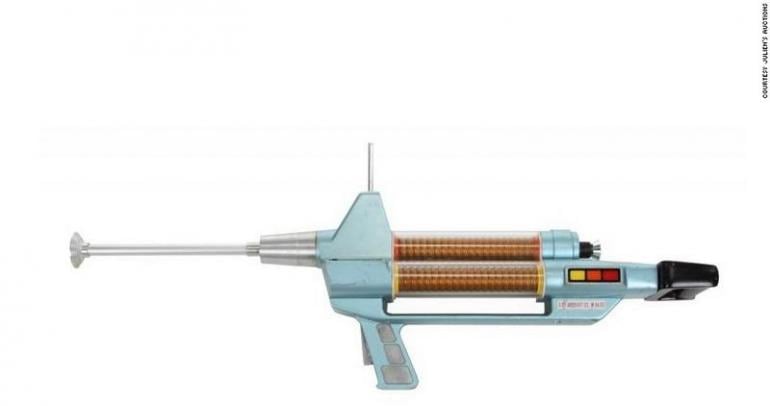 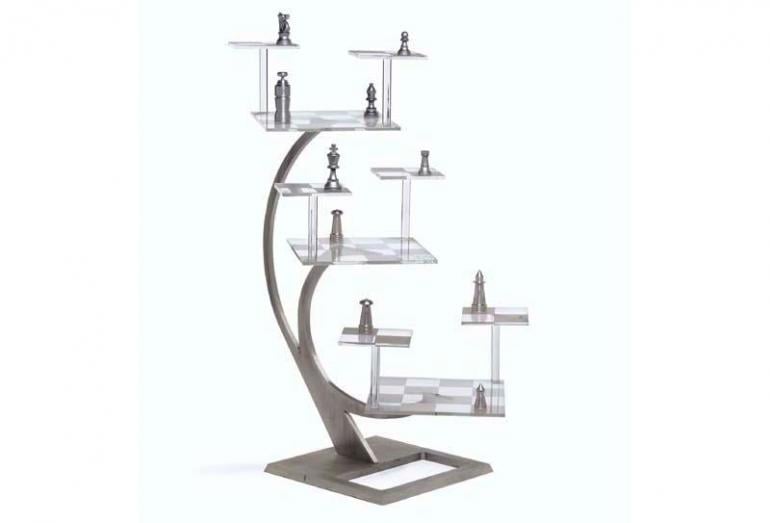 Star Trek three-dimensional chess set- $28,800
A three-dimensional clear acrylic board held together with an aluminum stand and 10 assorted chess pieces of painted plastic and lathed aluminum was first spotted on Ten Forward Lounge in Star Trek: The Next Generation, and then in Captain Sisko’s quarters in Star Trek: Deep Space Nine. It was estimated to sell for $800-$1200 but a Star Trek aficionado who wants to kill time playing chess as the masters got it for a whopping $28,800. 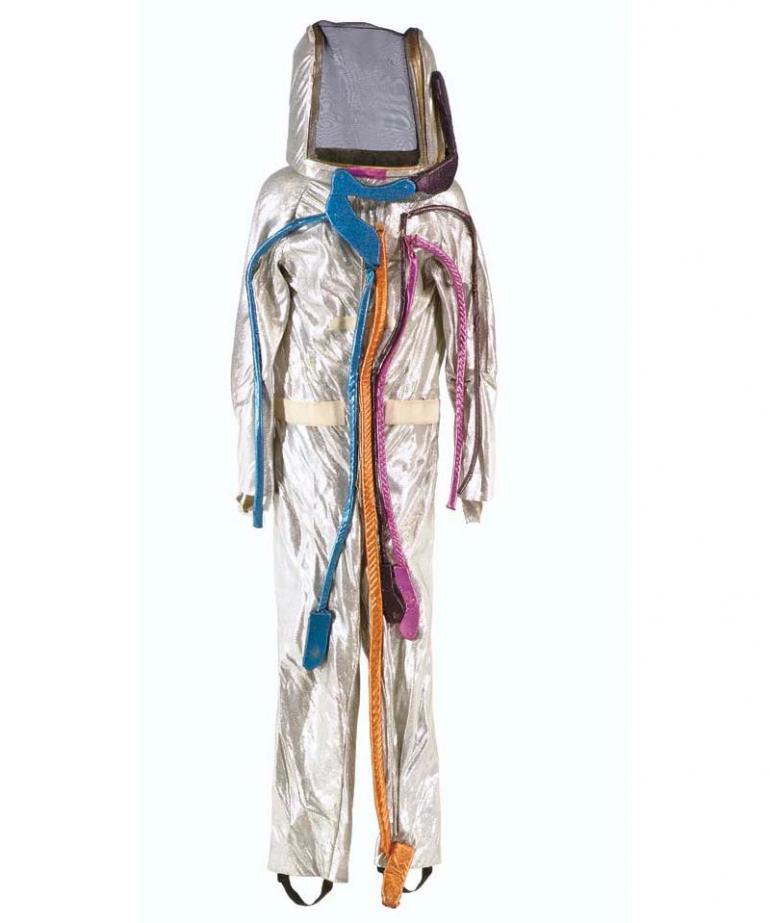 Dr. Mccoy’s spacesuit, $144,000
Dr. McCoy’s spacesuit from “the Tholian web” was made from silver lamé with a fabric helmet with a screen mesh visor. The spacesuit garnered a lot more moolah than the estimated $6000-$8000. The Tholian Web” is the ninth episode of the third season of the science fiction television series and was first broadcast on November 15, 1968.

Starship Enterprise-D, $576,000
Someone loved Star Trek too much to settle for a captain’s chair, tricorder, or spacesuit which is why they had to bring home the beautiful miniature of the Starship Enterprise-D from Star Trek: The Next Generation. Created with fiber-reinforced cast resin it includes internal neon lighting on an aluminum armature with motion control mounts, motion-control mounting hardware, a power supply box marked “obsolete” and a box marked “neon lights”.

Tags from the story
Most-Expensive, Star-Trek