Bezos may be the richest and, in all probability, one of the most disliked multi-billionaire in the world, but one person loves him dearly…Lauren Sanchez! She is 51, a beautiful American reporter, who gained all the limelight the world had to offer after her association with Bezos was outed. She, of course, has a lot of less-talked-about credentials before that, which we will throw light on. Lauren Sanchez was caught in the infamous and ultra-expensive $35 billion Bezos-MacKenzie divorce drama. Call her timing impeccable or insensitive but she came out in public as the Amazon founder’s flame the very same day, in fact in a mere hours after Bezos’ 25 year marriage with Mackenzie officially ended. Let’s take a look at the life of the woman who Jeff Bezos just cannot keep his eyes off.

Early life and Education:
Born in Albuquerque, New Mexico to flight instructor and mechanic Ray Sanchez, and homemaker Eleanor. Lauren was raised in an unpretentious atmosphere. She hails of Mexican ethnicity but is American by nationality. Her flight instructor father undoubtedly influenced her in a big way to become a qualified helicopter pilot and later launch her own aerial filming company – Black Ops Aviation.
Lauren also has two siblings, a brother named Michael and a sister named Elena. Lauren always showed a keen interest in communications and media. At the El Camino College in Torrance, CA, she even made it to the Dean’s list and wrote for the college newspaper, “The Warwhoop.” She then attended the University of Southern California, where she majored in communications. This set her off in the media world where she carved a decent path for herself if not exemplary as her beau’s.
Career:
While studying at the University of Southern California, Sanchez had already scored the job of a desk assistant at KCOP-TV in LA. In a matter of a few years, she became a TV anchor and reporter for KTVK-TV and Extra in Phoenix, a move that catapulted her into national television. A sports-lover by her own admission, she loved working around Fox Sports Net. At Fox Sports, Lauren was nominated for an Emmy award for her excellent work as a correspondent and anchor in the show ‘Goin’ Deep’. In 1999 she made it back to KCOP-TV as the anchor for their UPN 13 News.
In 2005 she hosted one season of ‘So you think you can dance’ but had to exit the platform owing to her pregnancy. From 2011-2017 Sanchez charmed all as the co-host on Fox’s Good Day LA. In these years, she made several minor appearances in TV series like ‘NCIS’ and ‘Days of Our Lives and even some successful movies, such as ‘Fight Club,’ ‘Killer Movie,’ ‘The Day After Tomorrow,’ ‘Fantastic Four,’ ‘The Longest Yard, ‘Batman Begins’ and many more.
Along with her talent, her good looks also got noticed and in May of 2010 she was featured in the coveted list of ’50 Most Beautiful People’ by People magazine 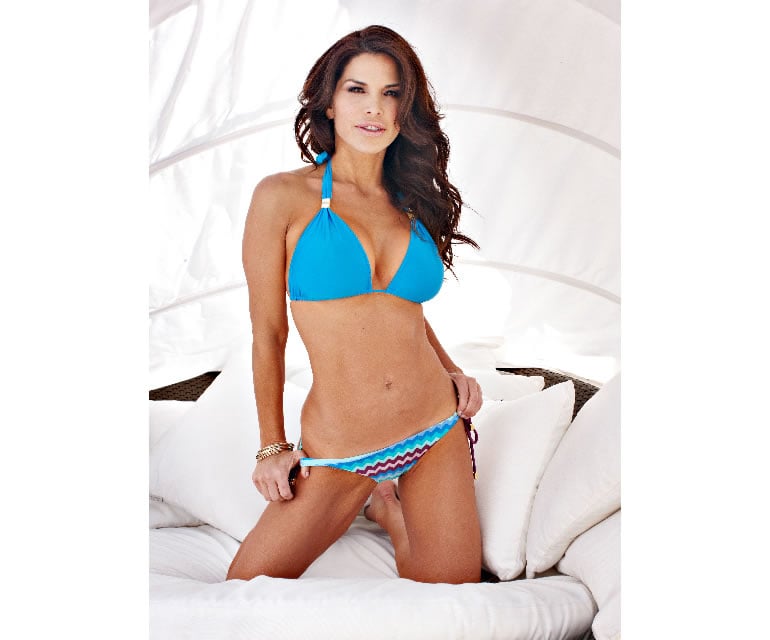 That is not all, the stunner also made it to the US Weekly’s ‘Hot Bodies’ issue.

Former flames and children:
While she was married to Patrick Whitesell back in 2005. She was first involved with former NFL tight end Tony Gonzalez with whom Sanchez had her son Niko in 2001. Patrick, a partner at William Morris Endeavor Entertainment, is a famous Hollywood agent with an elite clientele that includes names like Hugh Jackman, Whoopi Goldberg, Adele, Jake Gyllenhaal, Matt Damon, John Krasinski, Tina Fey, and Conan O’Brien, to name a few. Patrick was friends with Jeff Bezos and MacKenzie Bezos because they had houses near each other in Seattle, according to Page Six. Jeff and Patrick also worked on several projects and very closely in 2016 during Michelle Williams’ movie ‘Manchester by the Sea’. Whitesell and Sanchez have a son and daughter, Evan, born in 2006, and Ella, born in 2008.


Accomplishments:
Apart from a thriving career in the world of television and some movies, Lauren Sanchez’s most significant career move was to launch her own aerial filming company – Black Ops Aviation in 2016. The company specializes in filming from the air and focuses on film and television projects that allowed her to use her skills as a licensed pilot. Interestingly, Black Ops Aviation is also the first female-owned aerial film and production company.
Sanchez has also filmed a commercial in the Bahamas and Los Cabos, Mexico, for high-end residential developer Discovery Land and ​​completed a flight with Catherine Hardwicke for the Twilight director’s next film, Miss Bala.
The Albuquerque native shared with Hollywood Reporter, “Men dominate this space, But there’s nothing physical about flying a helicopter. You can be 5-foot-1 or 6-foot-4. There’s no reason more women aren’t in this.” Her passion for flying has also extended to her family, with all three kids taking lessons. Sanchez has bigger plans in the pipeline to make this field more accessible to women who share her passion. She will be offering a scholarship through her foundation to fund flight education for two high school girls. “We came from nothing. I used to sleep in the back of my grandmother’s car when she would clean houses, and I’ve been fortunate enough to have a career,” she explains. “Working is part of my DNA. I enjoy it, and now I want to give back.”
She often shares this passion for flying and taking helicopter rides with family on her Instagram handle. In one post, Sanchez shared an image of her happy place and wrote, “Be Curious, Not Judgmental.” -Walt Whitman. The thing I love most about flying is that it allows me to see the world from a different perspective, one filled with curiosity. Thank you @jprensena for capturing this shot of me in my happy place.”
Being the apple of Bezos’s eye :
With getting her name attached to Jeff Bezos, Amazon’s founder and one of the world’s richest men with a net worth of a staggering $210 billion, Sanchez made her relationship her biggest achievement and most-talked-about aspect of her life. Their whirlwind romance started with reports of a fling back in January 2018 while Bezos was still married to MacKenzie Scott.
Page Six reported that Bezos and Sanchez began dating before Jeff and MacKenzie had separated and that MacKenzie knew of the relationship. The failing marriage, wild affair, and impending divorce were revolving around tremendous speculation, so much that The Enquirer said it had tracked the couple “across five states and 40,000 miles, tailed them in private jets, swanky limos, helicopter rides, romantic hikes, five-star hotel hideaways, intimate dinner dates and ‘quality time in hidden love nests.


Things became quiet by July of 2018 after the divorce of the Bezos’s was finalized. The lovers left speculations, shyness, and everything behind. They openly declared their union first as a couple at Wimbledon and then relaxing on a luxury yacht off French-speaking Caribbean island St. Barth’s. As expected of her wealthy boyfriend, he threw her a lavish 50th birthday bash, inviting famous guests like Katy Perry, Orlando Bloom, and Timothée Chalamet. Lauren Sanchez was seen right next to beau Bezos as he realized one of his biggest dreams- the launch of Blue Origin’s NS-18. She took to Instagram to congratulate the man on this historic moment. Sanchez wrote, ‘Boots on the ground in Texas for @blueorigin launch. Can’t wait!’ Three days later, she shared another exciting image of them seeing the wonder of Blue Origin unfold in front of their eyes.


She posted, “This launch was just as intense as when Jeff went up in space, but for a different reason. We got to stand and bond with the families as they watched their loved ones experience the boundaries of our planet in an entirely new way. It was a powerful moment in itself to just hold their hands and feel all the love. This is how it starts.”


Living the good life:
A good life is a given when you are the partner of the world’s richest man. Indeed the world is your oyster, and holidays begin with strolling through Saint-Tropez and end with cruising off the coast of scenic islands in Spain. The much-in-love couple enjoyed their European escapade aboard media mogul David Geffen’s superyacht, the Rising Sun. The same year around the holidays, the couple set off to French-speaking Caribbean island St. Barth’s, doing what they seem to love- relaxing on yachts. They made it a family holiday as Sanchez’s son, Nikko Gonzalez, joined them.


Just after quitting as Amazon’s CEO, Bezos took to the seas again on a luxury vacation to Cabo with Lauren. 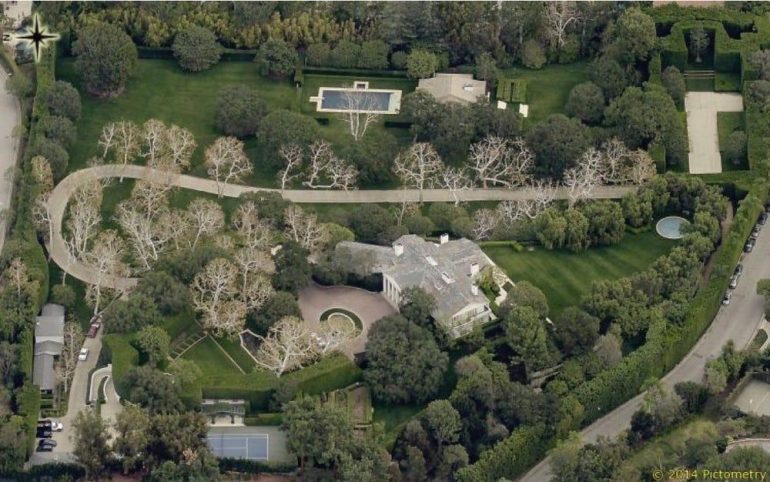 No matter where they travel, the best place to be is their $165 million love nest nestled in the sprawling nine-acre estate in Beverly Hills. The vast 13,600 sq. ft. Georgian-style Warner mansion set a new record of the most expensive home sale in state history. In her latest Instagram post, Sanchez shared a few unseen photos of her spending quality time with the American billionaire. She captioned it, ‘Mi Lugar favorito del mundo, es a tu lado,’ which means- “My favorite place in the world is by your side.” 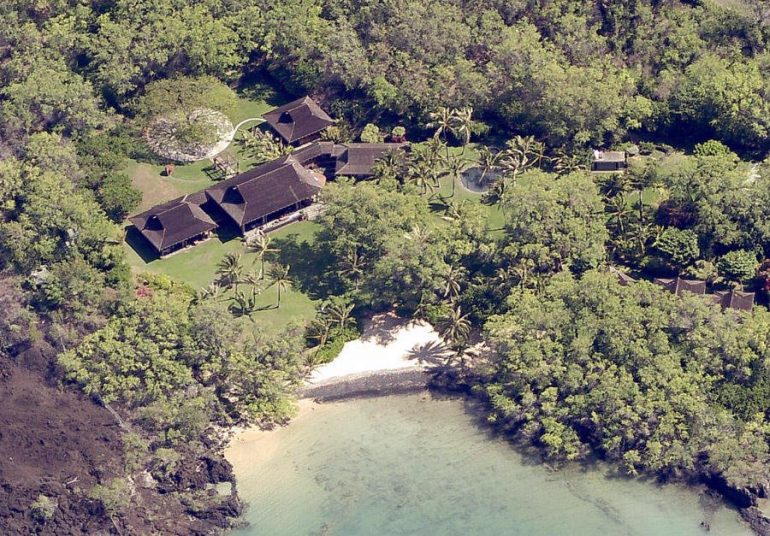 That’s not all the couple has very recently bought a tropical estate in the La Perouse Bay on the island of Maui for a whopping $78 million. Spanning across a 14 acre complex the home is incredibly isolated and is said to have a 4,500 square feet house with an open kitchen with spell-binding ocean views. The icing on the cake is a massive 700 feet swimming pool that in all shapes is in a perfect circle.


Engagement rumors:
The future holds unclear, but Sanchez sporting a massive yellow heart-shaped ring while running errands in sunny Los Angeles immediately sparked engagement rumors. Could the Amazon boss Bezos be emotional before his Blue Origin debut, asking Sanchez the most critical question? While thousands actually did not want Bezos to return from space it goes without waiting that Lauren would have waited for him with bated breath.
The evidently besotted Bezos hugged girlfriend Lauren Sanchez as soon as he safely returned from space. Jeff Bezos said the moment with family and friends “makes me realize how much I love you and how much I’m loved.” Sometimes love also makes you threaten Leonardo Di Caprio. Just saying!
Tags from the story
Jeff-Bezos, Lauren-Sanchez