From bottles to bags, suites to hospitals, famed Japanese artist Takashi Murakami has spread his floral fascination and brightened many a space. This time it’s not about spaces but aces. Takashi Murakami collaborated with Naomi Osaka to create a white-based racquet with an iconic Murakami cherry blossom design. The reigning US and Australian Open champion herself unveiled this new limited edition Yonex racquet and matching bag on social media. Yonex is Osaka’s longtime racquet sponsor, and with the Naomi Osaka X Takashi Murakami EZONE racquet, the brand celebrates its 75th anniversary. 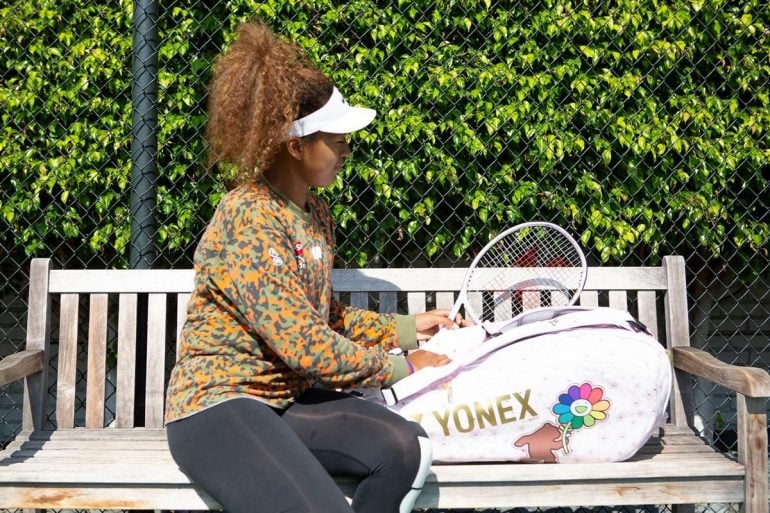 Yonex’s Toru Hiraga speaks of the partnership, “We’ve never made something like this, so it was a fun challenge for us to work on it. Naomi and Takashi created a beautiful design.” On the racquet, you will find Naomi’s name printed on the throat in black with kangaroo and bear silhouettes on each side and of course, an abundance of the cherry blossom motif. If there could be a happy tennis racquet, then this would be it. The Japanese tennis star took to social media to share this collaboration with her fans, “… so happy with this one, was always an admirer of Takashi Murakami 村上隆 so to be able to finally collaborate together is really a dream. Infinite thank you’s to Yonex Tennis for trusting me with the vision and because this project wouldn’t have come to life so amazingly without them.” 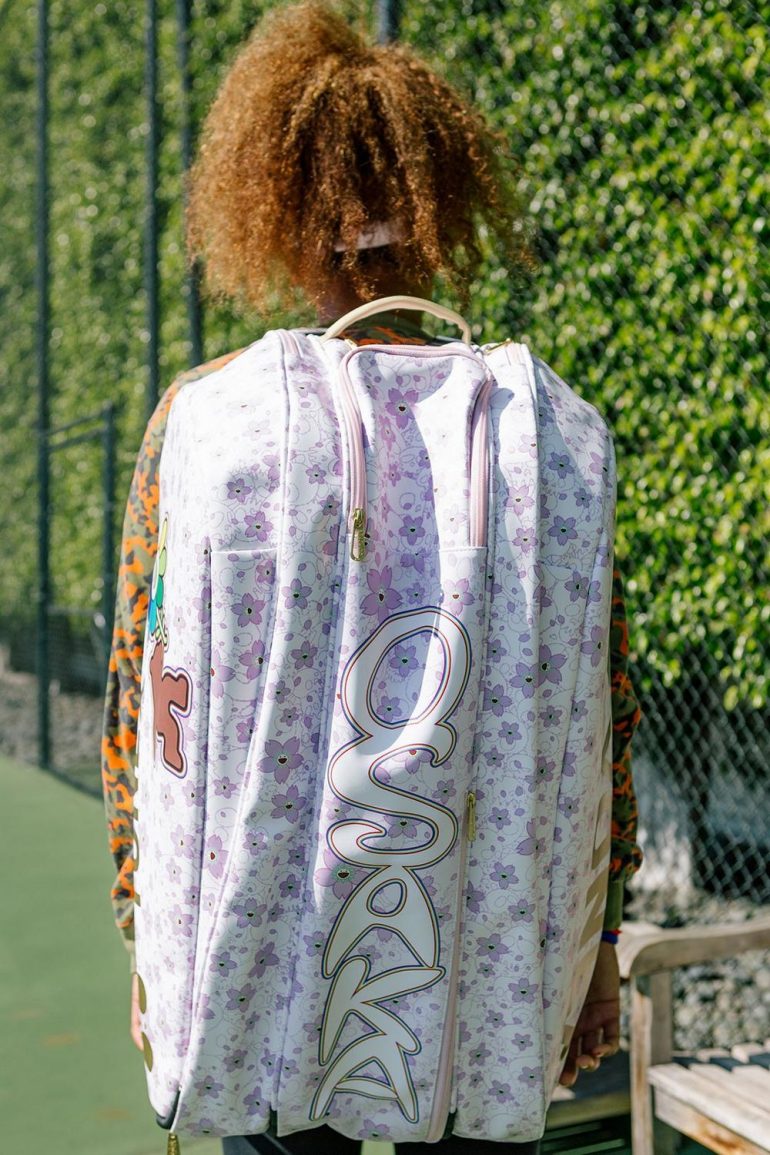 The collaborative racket is not for sale, but a limited quantity will be auctioned with proceeds going towards Play Academy with Naomi Osaka (PANO). This initiative supports girls playing sports. Naomi, on the other hand will debut the new cosmetic at the Western and Southern Open in Cincinnati, Ohio. 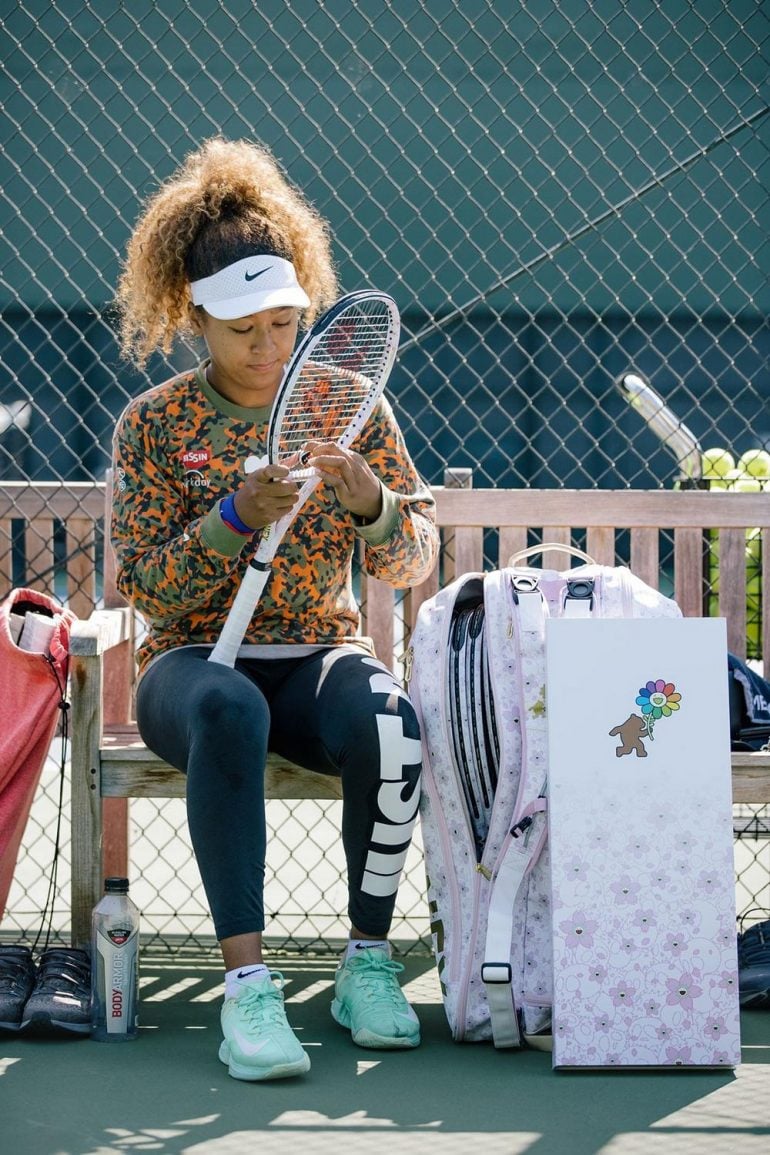 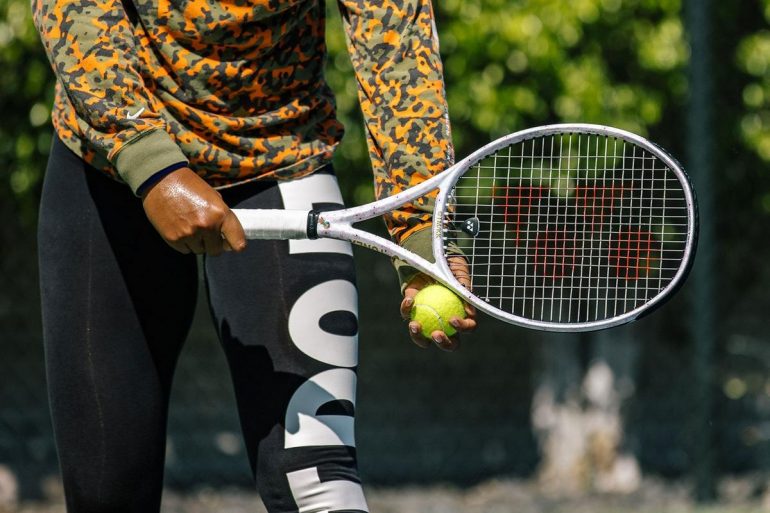 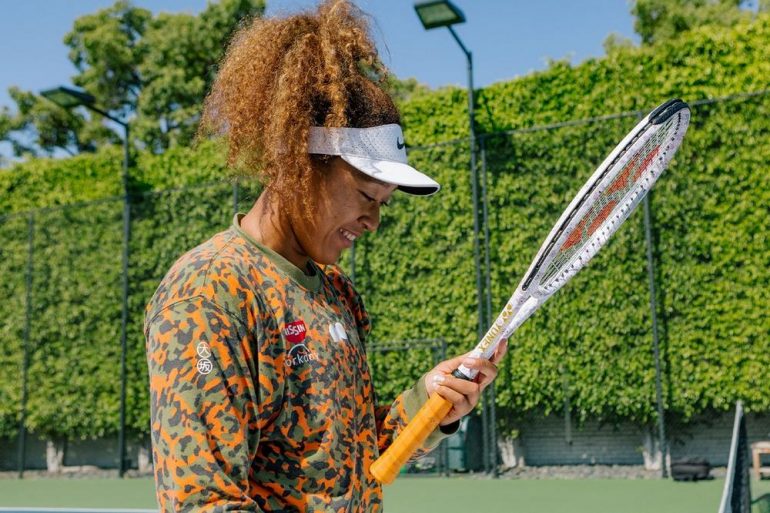 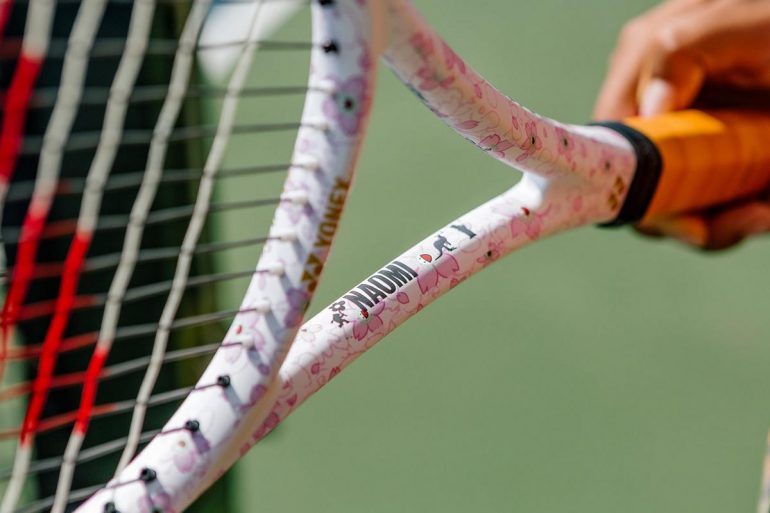 Tags from the story
Limited-Edition, Tennis