There had to be an obvious reason women all over the world spent hundreds and thousands of dollars on a Hermès Birkin bag. Now luxury online retail platform Baghunter has done the study and claims that if you had to choose between investing in gold, the S&P 500, or a Birkin, the smartest and prettiest choice is the Birkin bag. This was concluded after the company compared the investment returns of the three, over the past 35 years and found that the value of the Hermès Birkin has increased in value more than 500 per cent in that period. Both the S&P 500 and gold saw major fluctuations but the value of Birkin handbags continued to earn an average annual value increase of 14.2 per cent, not dipping once. 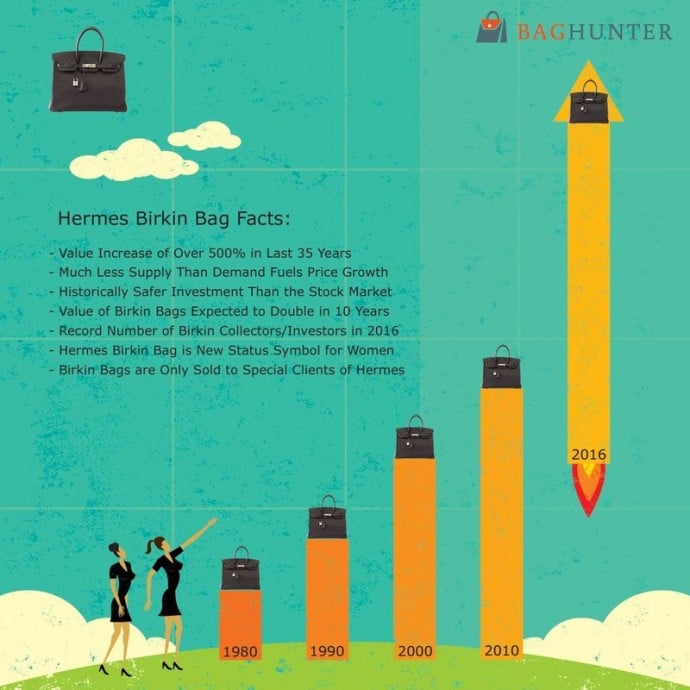 And thus it boasts the title of “the safest and least volatile investment market” of those three options, by Baghunter.

The resale value of the Birkin is also on the upswing because it’s so hard for shoppers to be deemed worthy enough to buy one in boutiques. In fact since the bags are sold only to special clients of Hermès, women are hardly willing to wait to get their hands on one, directly from the retailer. Only recently a second hand Birkin was sold on Baghunter for close to $100,000! Still not sure? Well, if Baghunter is to be believed, the value of the Hermès Birkin bags are expected to double in the 10 years!