Louis Vuitton’s timeless handbag the Capucines is being reborn in three beautiful new shades. Named after the rue des Capucines in Paris, where Louis Vuitton opened his first store in 1854, the bag is simply structured, crafted with full-grain Taurillon leather with only the bare minimum of hardware. 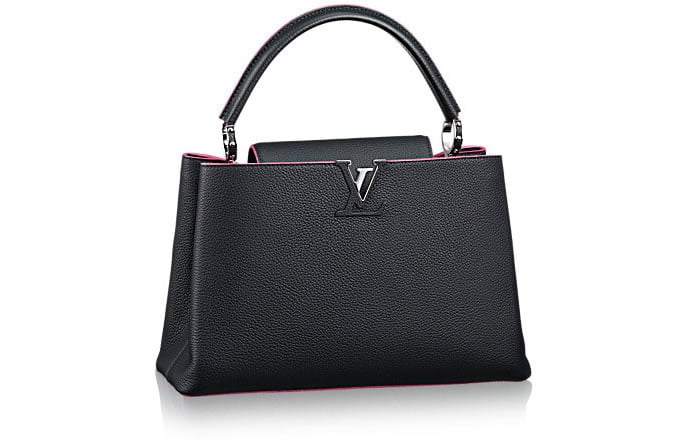 The three new shades introduced by LV are: Magnolia- a soft pink, Cobalt- a deep midnight hue and Bleuet- a lighter, sky blue. Though, the colors are not your typical fall/winter shades, but they are made exceptional by the simplicity of the bag itself. The Capucines is clearly not about bells and whistles, but about refined sophistication; the brand has expertly conveyed this signature aesthetic through their new campaign with Michelle Williams. The actress and Louis Vuitton ambassadress appeared in campaign shot by Peter Lindbergh, which featured the Capucines in its new shades. The images are more editorial than advertisement with Michelle’s fragile beauty serving as the perfect complement to the stark simplicity of the Capucines bag. 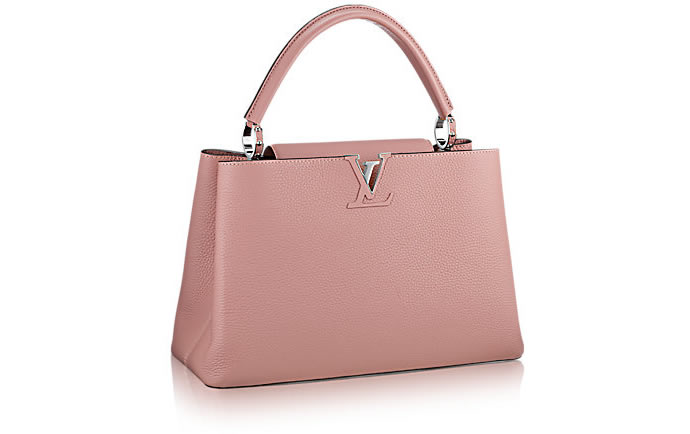 The My Week With Marilyn actress celebrates only her third season as the face of LV but we’re already hoping for future campaigns that are as inspiring as this one. 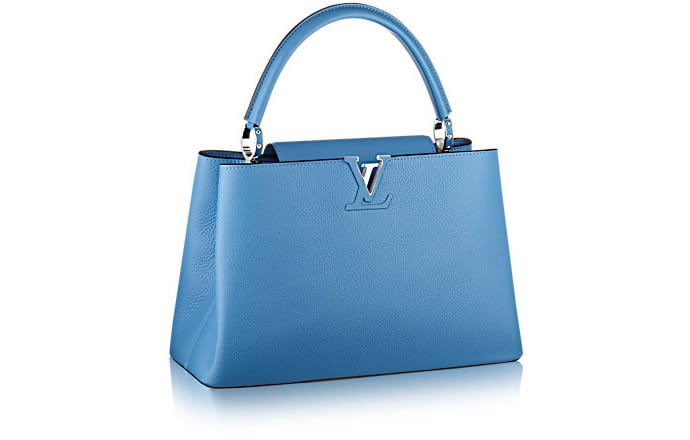 The Capucines is available in three sizes (BB priced at $4,400, MM priced at $5,600 and GM priced at $6,050) and can be purchased at the Louis Vuitton website. Note that the new shades are available only in BB and MM sizes.

Tags from the story
Handbags, Louis-Vuitton