Louis Vuitton has added a new timepiece to its Tambour line, which debuted back in 2002 to launch the brand’s in-house watchmaking efforts. The latest to join the collection is the Tambour Street Diver which reimagines the dive watch as a more sporty, colorful timepiece, contrasting the usual utilitarian and formal look of traditional diver’s watches. We got a sneak peek of the watch back in February on the hand of first-time Golden Globes nominee Tahar Rahim, who was sporting the watch during the virtual awards ceremony. The newest model continues to use the Tambour’s signature sloping drum-inspired case and other distinctive design elements. The twelve letters of ‘Louis Vuitton’ are prominently engraved on the case-band, while both the screw-down crowns feature the same semi-conical shape of the central case. 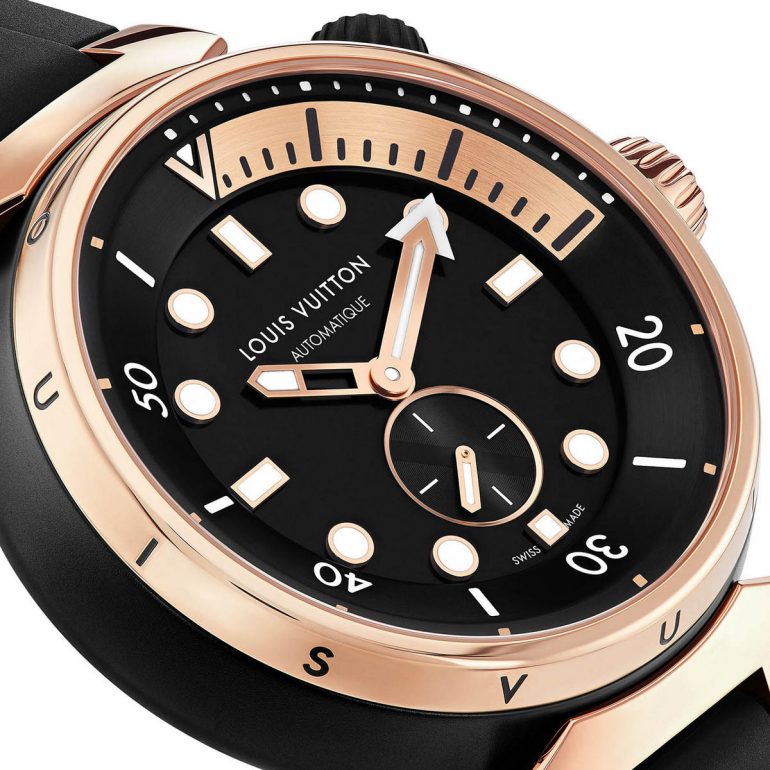 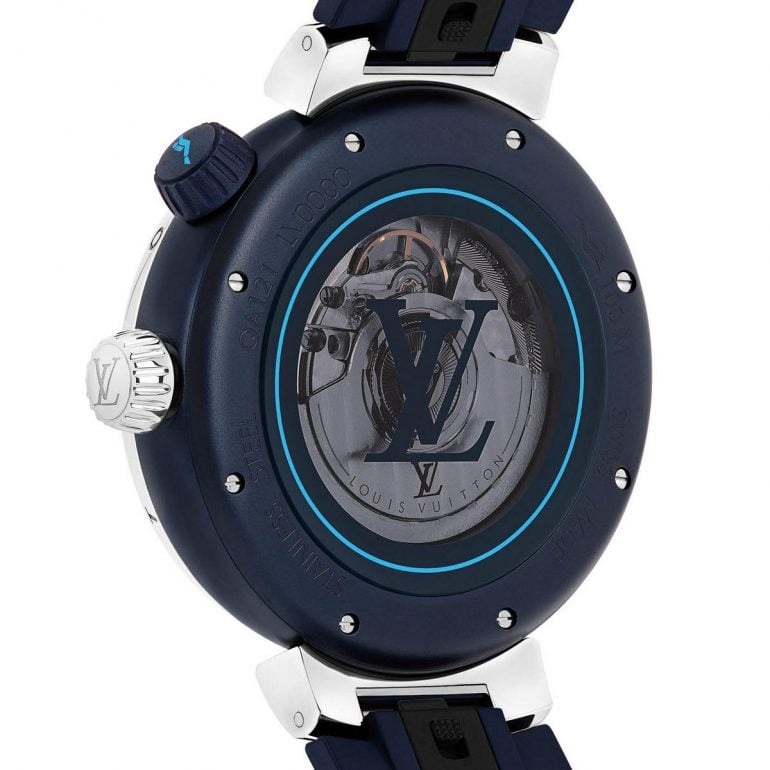 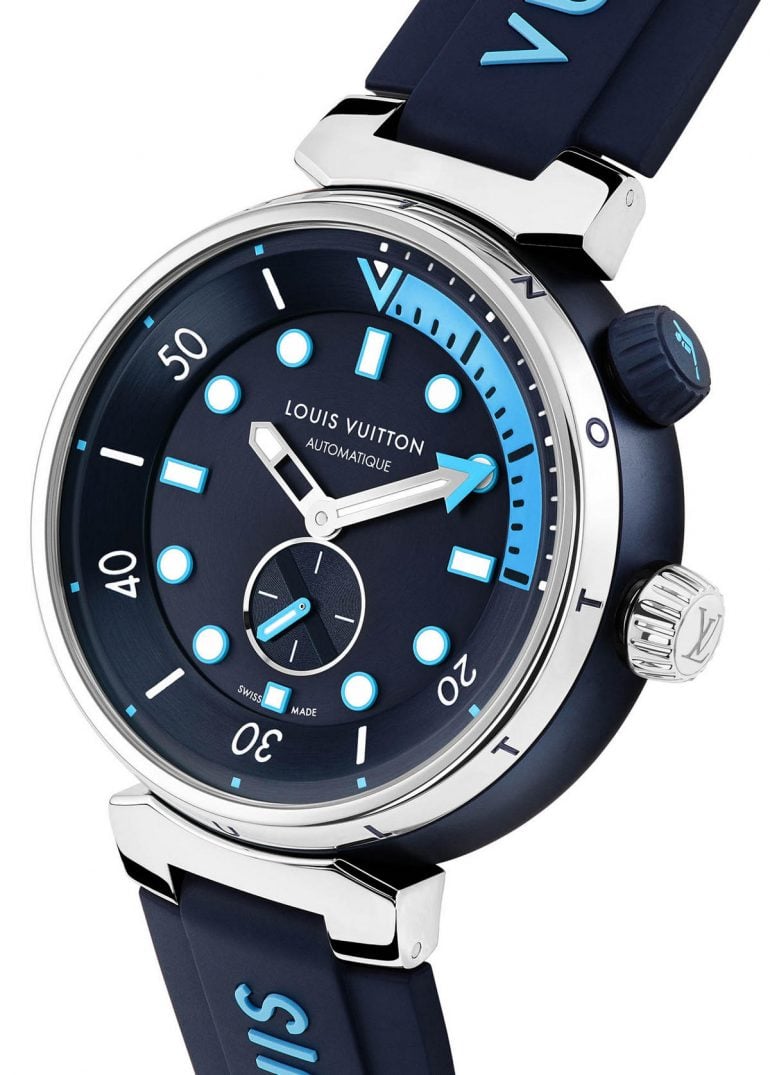 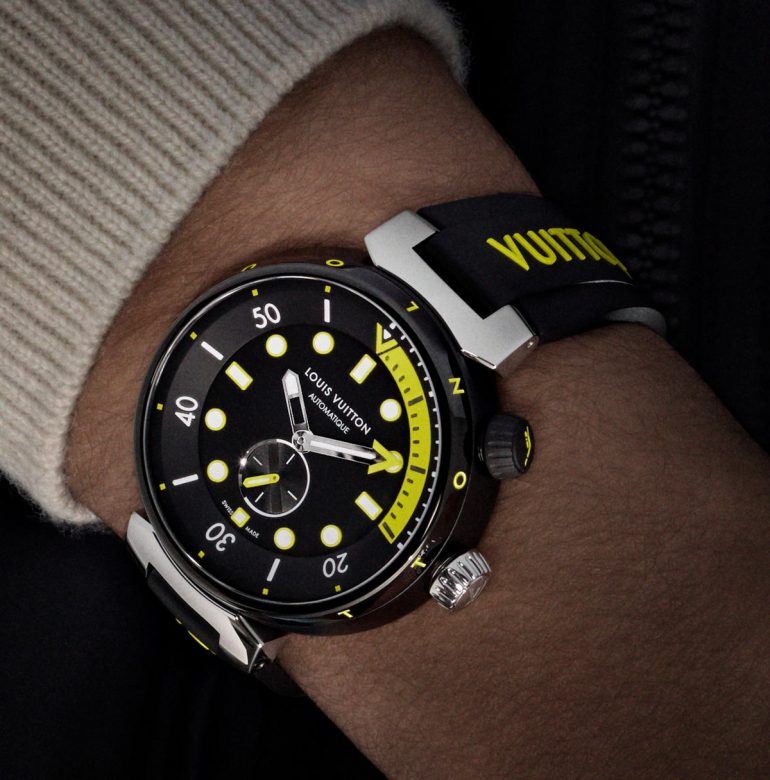 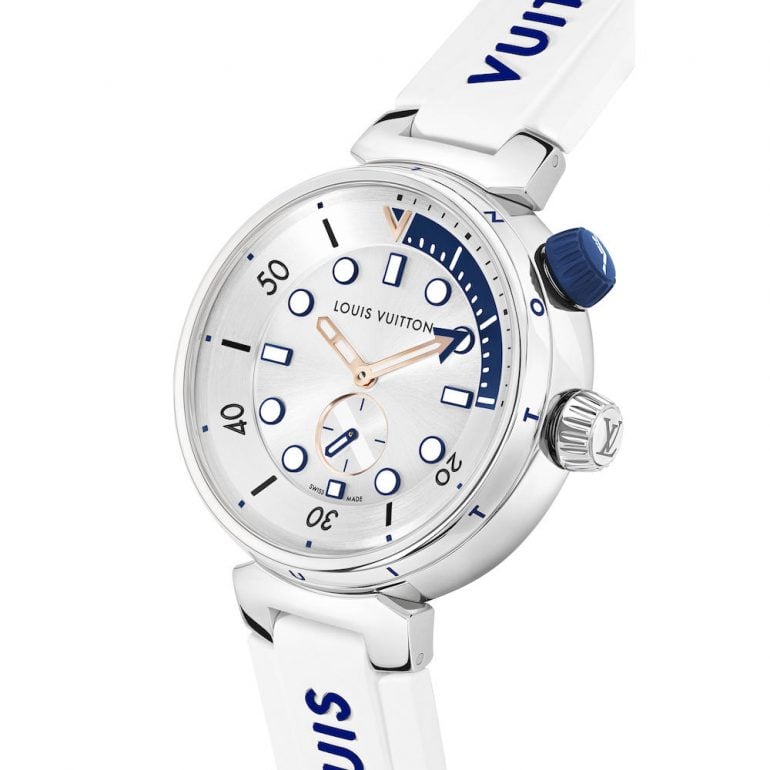