Dior couture not red carpet enough for you? Then tell me what you think of this. Used to taking a cue from couture and decking its handsets in bling (remember the 6700 classic Gold Edition, or better, the Nokia Supreme studded with pink diamonds?) Nokia has now given back to fashion by way of the Lumia skirt. Crafted from 80 of its Lumia 1520 and 1020 smartphones, the tech tutu made its debut at the London Fashion week catwalk. Even Lady Gaga would agree, when it comes to pairing gadget and fashion, it’s a great first. 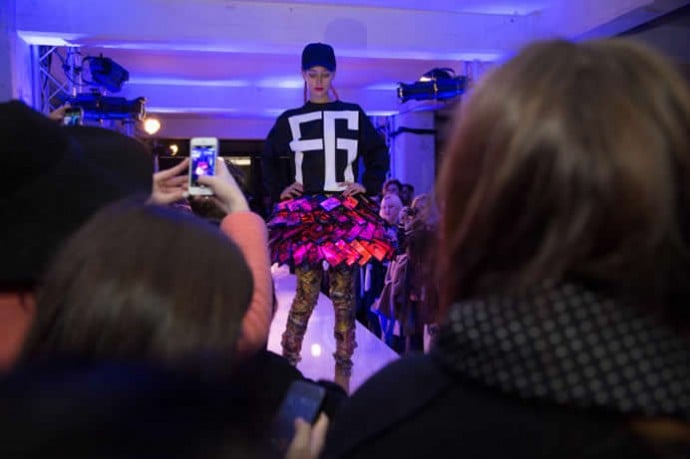 The result of collaboration between Nokia, fashion designer Fyodor Golan as well as creative design house Kin, the skirt took 3 months to construct. After all, creating custom 3D-printed clips for each phone would’ve been one thing, this would’ve been another. “As the skirt moves, images on the screens change color, creating a synchronized shimmering effect that emulates real-world fabric. To form this illusion, a bespoke app was conceived that employs GPS technology to align the wearer’s movements with the skirt’s sparkle.” 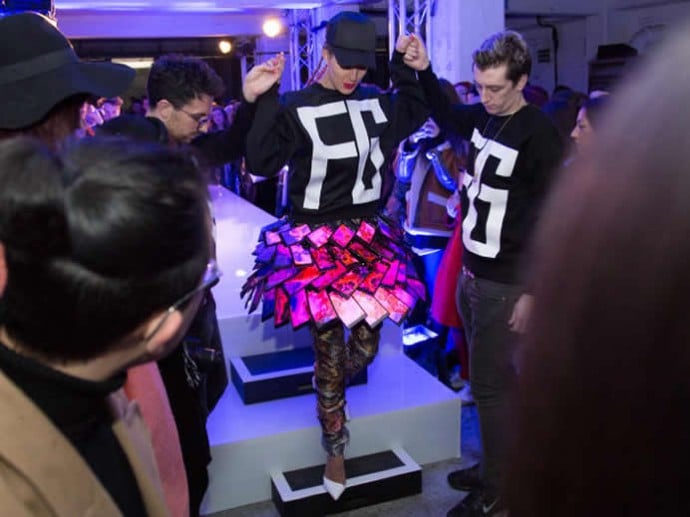 When asked their take on it, Fyodor Golan explained, technology is “only now starting to talk to fashion. It has nothing to do with fashion at the moment. That’s why we are trying to start doing it. There needs to be this dialogue; it’s just product design at the moment.” That explains why the hi-tech skirt won’t be making its way to shops just yet. It’s more of an art piece, designed to “explore the possibilities of smart technology and fashion coming together,” explained Nokia. Non-battery operated skirts will have to do for now. 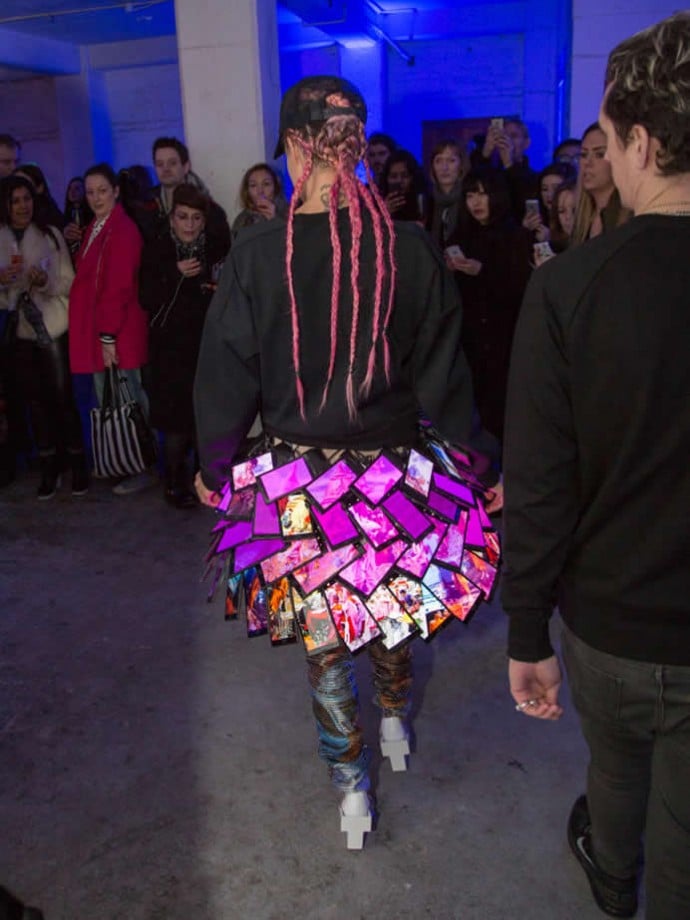 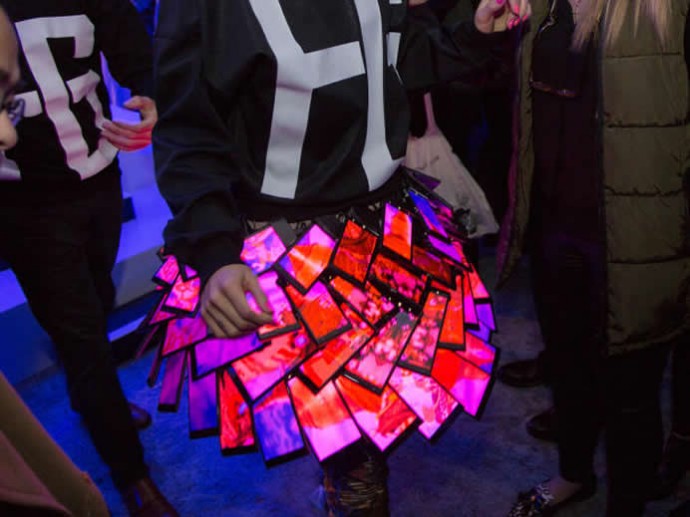