Puma has collaborated with the British fashion label Alexander McQueen ahead of the upcoming World Cup 2014 in Brazil, to create an all-new Puma King football boots. These boots will be limited to 100 pairs around the world and will not be for sale rather they will be presented as gifts to select friends of the company. 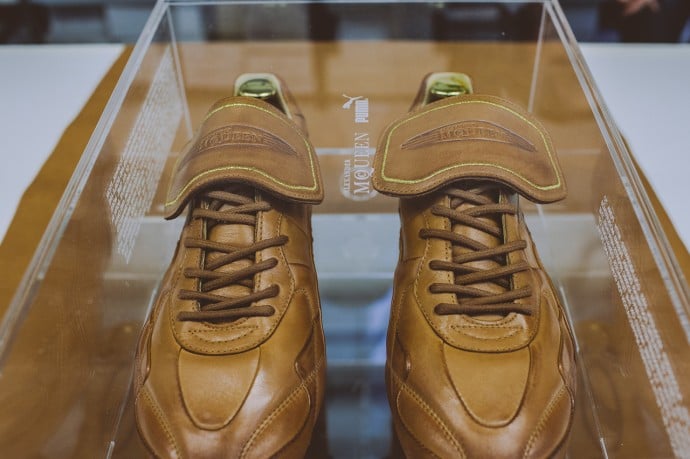 Handcrafted in Italy, the Puma King by Alexander McQueen pays homage to Puma’s most iconic silhouette. First appearing in 1968, the Puma King is the market’s longest serving football concept still in existence today. It has been worn by some of the world’s greatest players like Pele, Johan Cruyff, Lothar Matthaus and Diego Maradona.

The special edition boots come in two unique designs: fish skin version and Italian leather in chestnut brown. Just 30 pairs of fish skin version will be available, crafted with a gold hand finish to replicate the Golden Boot awarded to the tournament’s top scorer. The second style is crafted from supple Italian leather in chestnut brown. Each of its 70 pairs, evoke a premium heritage feel reminiscent of football’s glorious past. 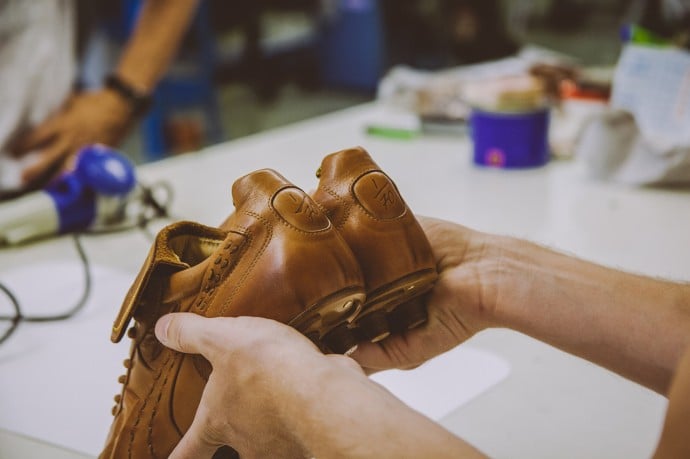 Puma has also commissioned a short film to reveal its collaboration with Alexander McQueen. 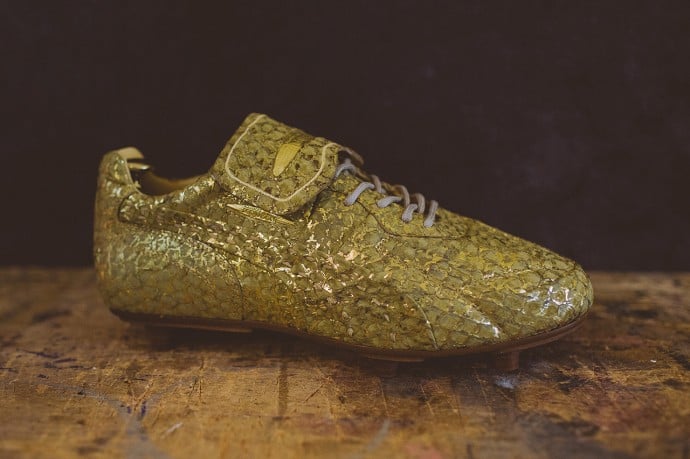