Do you find your laptop screen to be too small for you to multitask on the go properly? There’s a start-up by the name of Expanscape that has come up with the craziest laptop setups we have seen till now. It has got a whopping seven displays that fold out from the main display – it surely will remind you of the Transformers! Called the Aurora A7 Prototype, the seven-screen model’s base configuration starts at an eye-popping $20,692. For that kind of money, you get a laptop powered by an AMD Ryzen 5950X processor paired with Nvidia RTX 3070 (8GB) GPUs. The hyper-functional portable computer also weighs 12 kilograms (about 26 lbs), which might be more prohibitive than its price-tag. As the name suggests, it is still a prototype. But the company will sell you a unit in case you’re interested and crazy enough to spend 20 grand. 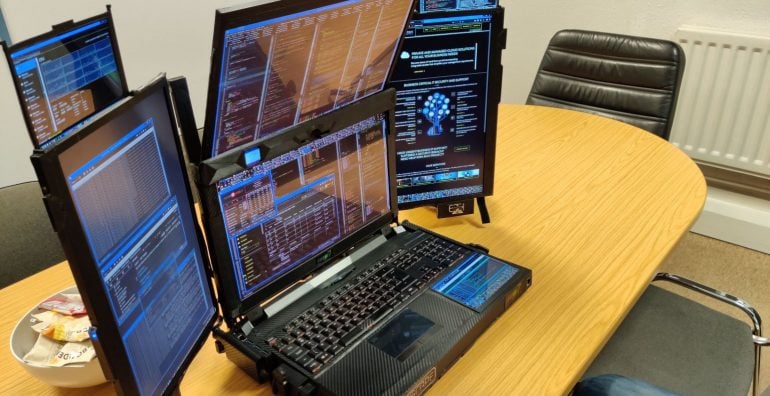 But if you think seven displays are a lot more than you’ll need, the manufacturer also has a smaller and cheaper version called the Aurora A5. For a little more than $6000, you get four 4K, 15.6-inch panels, AMD Ryzen 7 4800U CPU, along with 64GB of DDR4 memory, a 2TB PCIe/NVMe SSD, and a 2TB SATA SSD. What’s interesting is that Razer showcased something similar at the 2017 CES. Called the Project Valerie, the wicked-looking concept was based on the Blade Pro and offered three 17-inch 4K displays. However, the prototype was stolen from CES, and the company didn’t experiment with the idea any further. 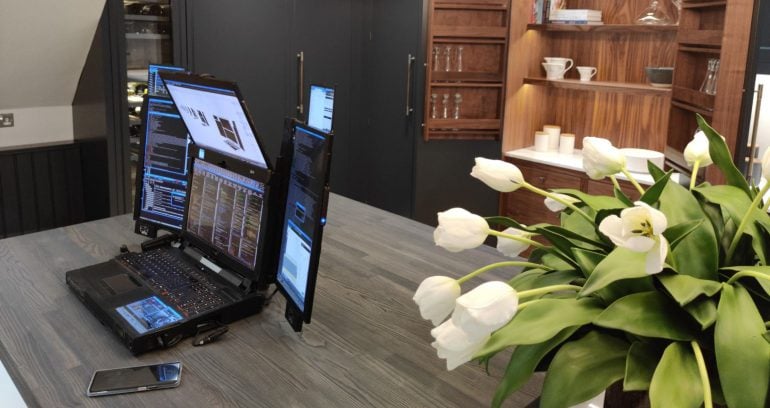 Tags from the story
Laptop