What do you get when you take photocopies from a machine set in gold? You get what you wanted to print in white paper! OK the gold-plated photocopier by Yogi Proctor doesn’t print gold, but does add to the dullness to working with run-of-the-mill office supplies. The plating no doubt made the shimmering Canon 2011 glitter, but adding a neon light to show that it is a live and thriving machine doesn’t cut the bill. While Proctor explains that his with latest collection, entitled Canon, he believes that “Making copies is a beautiful thing. Everyone makes copies in their own unique way.” But now that it’s not functional and doesn’t really create any beautiful copies, the explanation doesn’t hold water! So much for logical thinking I guess! 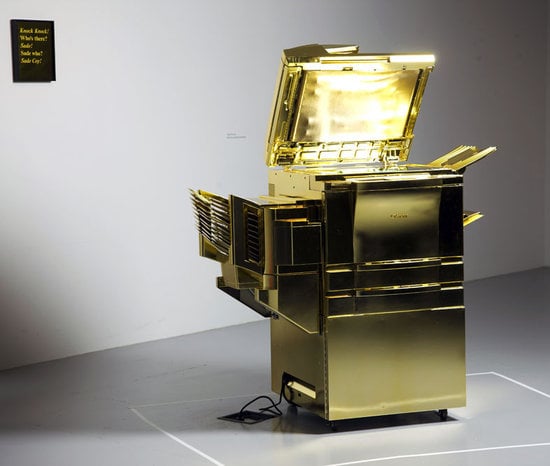 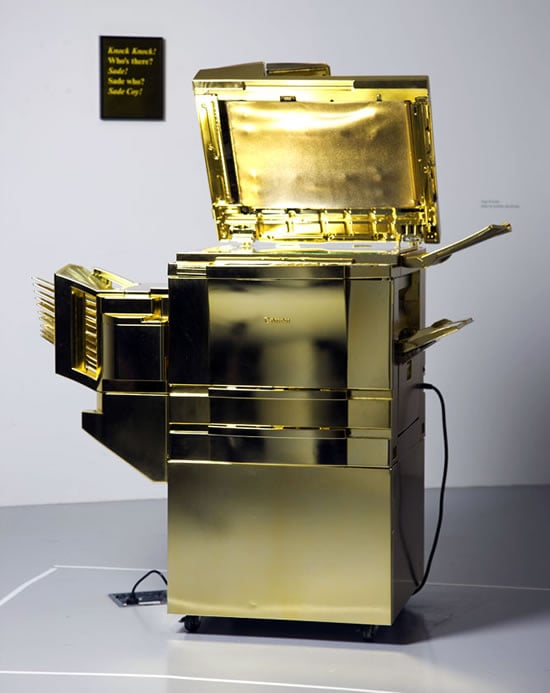 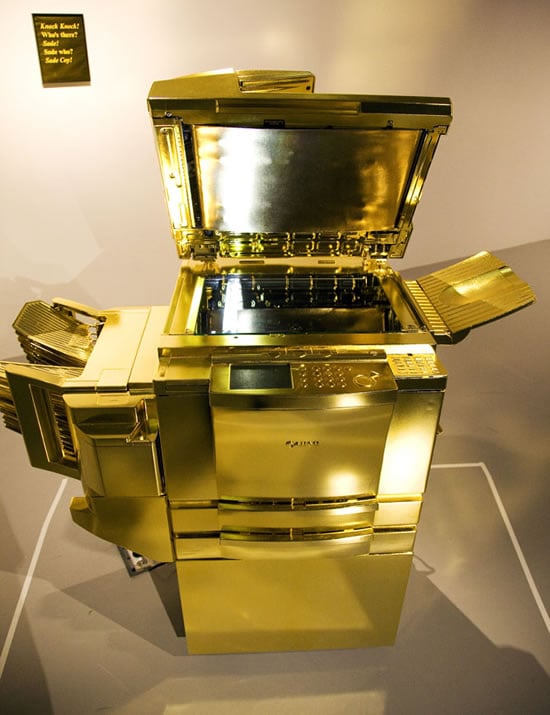 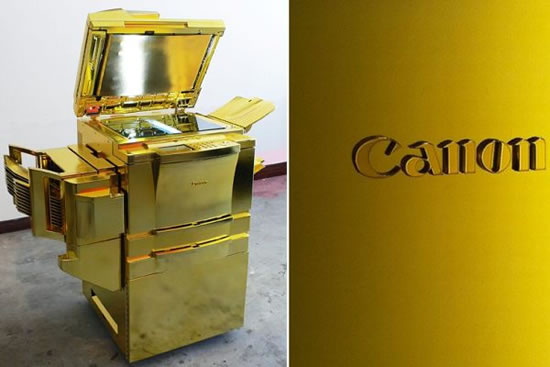