This is no joke! I mean toilets do cost a bomb if someone important peeded in it, or if it is cast in gold, crystals, and has hi-tech gadgetry. But nothing beats this news! Haikou in South China’s Hainan province is now ready to host its 11th World Toilet Summit and Expo (yes, there have been 10 such expos in the past!), which will be on for three days. And the highlight of the event is a shimmering commode decked with 24carat gold. Estimated at a staggering £129,500 (about $200,200), the loo forms a part of some ‘novel sanitary wares’ that will go on display at the expo the year.

The event aims to, as Jack Sim, founder of the World Toilet Organization (WTO) puts it, “create a better world with safe, comfortable and clean toilets“. 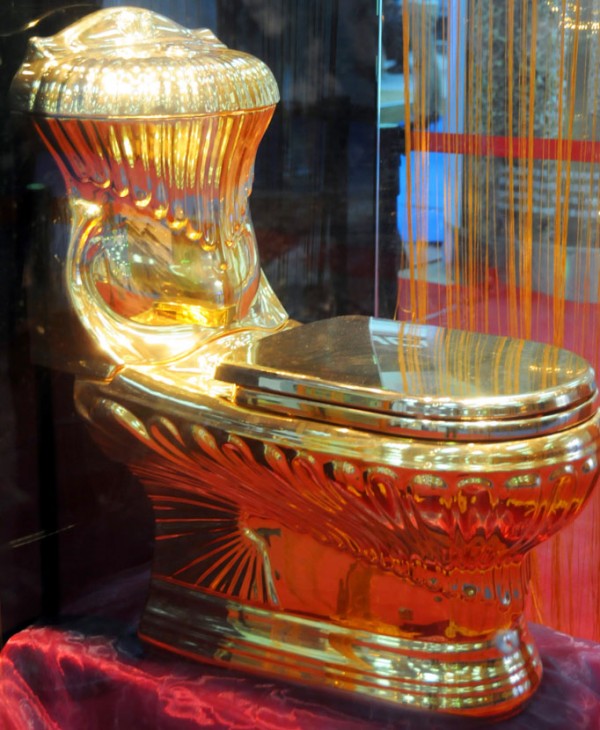