Season 6 of Game of Thrones is now behind us, and we see a complete mash-up of civilizations and intersection in the bloodlines we thought we knew so well. Something similar seems to be transpiring on the Microsoft front with their unique Game Of Thrones-themed Xbox One console that will show up in France. Forget about owning this one because it is only available as a contest prize on the gaming company’s social media pages in France. 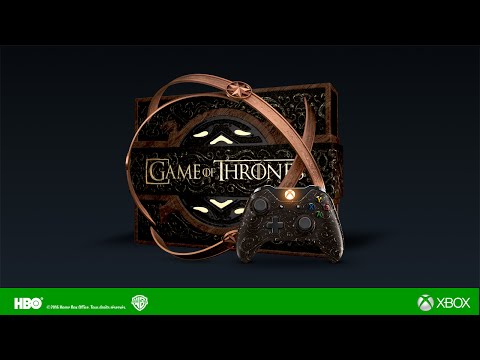 Word has it that it will see only six copies of itself up for grabs and does not have a price put to its head. It has all the elements from the introductory video of the show, including copperish projections in the form of Saturn-like rings sticking out from the top and a general steampunk-inspired look. Even the controller takes the background’s mosaic through it, making it one Westorosi console that Tommen would really enjoy playing with.

What is noticeable is that the console is nowhere close to compact, which is the current norm in most console designs. Nor is it something that can be accommodated in a modern day TV cabinet. Good luck to whoever wins this one because ‘the great game’ has just begun.

Tags from the story
Video-Games, Xbox