Back in 2005 when Microsoft introduced the Xbox 360 console, the hardware was advanced that it was at least a year ahead of its time from a technological standpoint. Fast-forward to 2017, the company’s to-be-launched Xbox Project Scorpio is all set to push console hardware to whole new level. Microsoft recently invited Eurogamer’s Digital Foundry as a third party hardware expert to put the Xbox Scorpio through its paces. The resulting exhaustive report published by Digital Foundry goes on to reveal the insanely powerful hardware of the Scorpio making it mightier than PS4 Pro, and all other consoles to come before it. 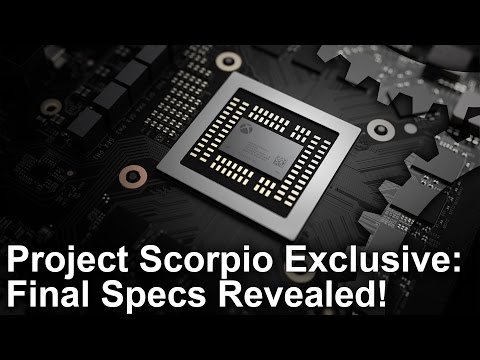 Whereas the Xbox One S can only play 4K video but not 4K video games, the Xbox Scorpio will not only be able to hit native 4K at 60 fps across a range of games, it might actually be able to do that without maxing out the capability of the hardware. For the full rundown, read the extensive report posted by Digital Foundry. What’s impressive is the sheer amount of tech Microsoft has put into the Project Scorpio; but with it comes the risk of making the hardware unnecessarily expensive. Although Microsoft didn’t reveal the possible pricing of the console to Digital Foundry, they believe the price-tag would be somewhere near the $500 mark making it $100 more expensive than the rival PS4 Pro. It would be interesting to see how the market reacts to the console and its pricing given the fact that Microsoft is pitching it as a “high end” Xbox One rather than a totally new console generation.

Tags from the story
Microsoft, Xbox