The 2018 Porsche 911 GT2 RS, the most powerful 911 to date, has awed everyone by setting a new lap record at the Nurburgring. By setting a lap-time of 6 minutes 47 seconds, the GT2 RS has become the new ‘King of the Ring’ and etched its name in the history books, making it the ultimate 911 on sale. While getting your hands on one these 700hp 911 racecars is almost impossible, you can instead buy yourself this limited-edition Xbox controller which is inspired by the 2018 911 GT2 RS. In preparation for the upcoming release of Forza Motorsport 7, SCUF Gaming collaborated with Porsche and Turn 10 Studios to introduce the $300 special edition controller which, according to the company, is hand-built at its facility in Atlanta – a city which also happens to be home to Porsche Cars North America. 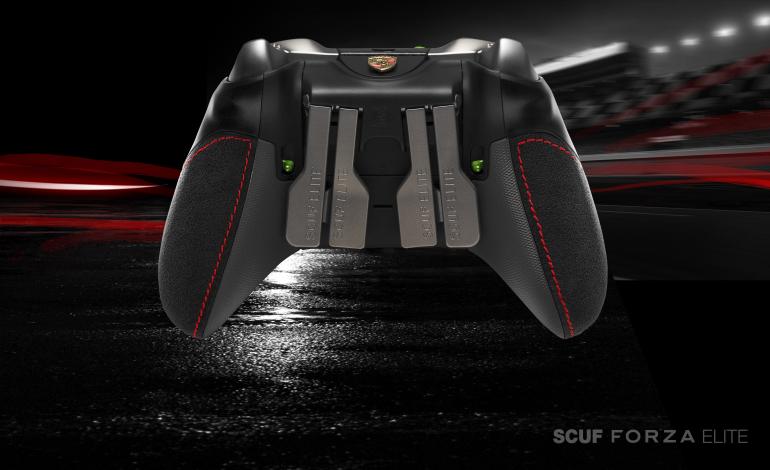 The Scuf Forza Elite controller is finished in silver with red and black racing stripes, carbon-fiber accents, and features the Porsche and Forza logos. The handles of the controller is covered in hand-stitched microsuede and comes with a custom case. It also comes with s a variety of thumbsticks to customize the unit’s fit and feel to your hand size and gaming style. In a statement, chief executive and co-founder of SCUF Gaming, Duncan Ironmonger said “The SCUF FORZA ELITE features fine attention to detail, hand-built at our facilities in Atlanta where it is geared and tested for performance. Sales of the controller will start on October 7 and will be limited to only 2000 examples.