The bright minds at MB&F are known for eccentric time pieces like the HM6 RT, HMX, Megawind etc, At times do sometimes meander into the realm of high-quality, state-of-the-art music boxes like the MusicMachine 3 (MM3). Designed to look like a Star Wars Tie Fighter from the epic space saga, this limited edition music box employs only the best of materials and moulds them into a design that looks aesthetically fantastic and produces very high quality tones using all the various elements of the form it’s in. 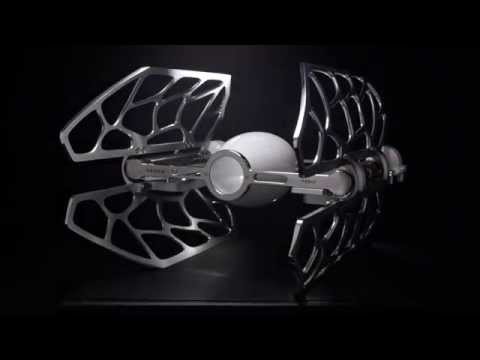 This is not the first time the company has showcased a truly delightful piece of sci-fi influenced art that was infused with the mechanics of a music box; in August of 2014, the company launched the MusicMachine 2 (MM2), formatted to look like a classic Star Trek space ship. Re-enkindling their association with Reuge, the Swiss music box manufacturer who comes with a 150 years of expertise and experience, the MM3 is a sophisticated and stunning piece of “working” art. MB&F founder Maximilian Büsser has been a fan of the movies since his first viewing of Star Wars in 1977 and thus his love of the film and appeal for the arts brought forth the company’s latest music box. 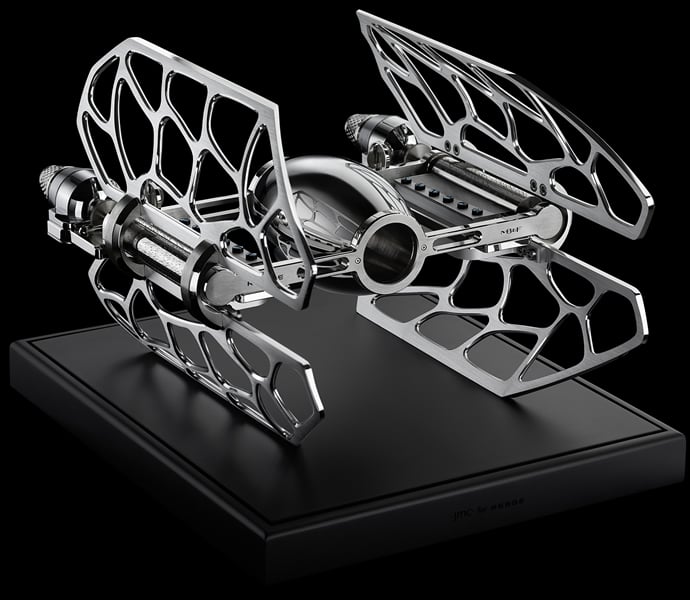 The MM3 features lattice-like wings, designed to look those of the space-ship, that are built around the central module that houses the dual music cylinders that have key notes positioned to sound off six distinct and very famous scores – Star Wars, Mission Impossible, and James Bond on the right cylinder and The Godfather, Merry Christmas Mr. Lawrence, and The Persuaders on the left. The sheer brilliance of the design by JMC Lutherie (pioneering guitar makers and creators of the soundboard loudspeaker), is witnessed with the intricate design on the wings that are crafted to propagate sound vibrations down from the combs to the naturally amplifying resonant base. Winding keys for the music box (being a traditionalist this feature is one of my favourites) are cleverly disguised as thrusters on the ship. Even the rotating radar dish on the ship’s design is part of devices functionality and acts as an air regulator that governs the unwinding speed/music tempo of each cylinder. The hand-finished cylinders are also designed to look like power reactors. 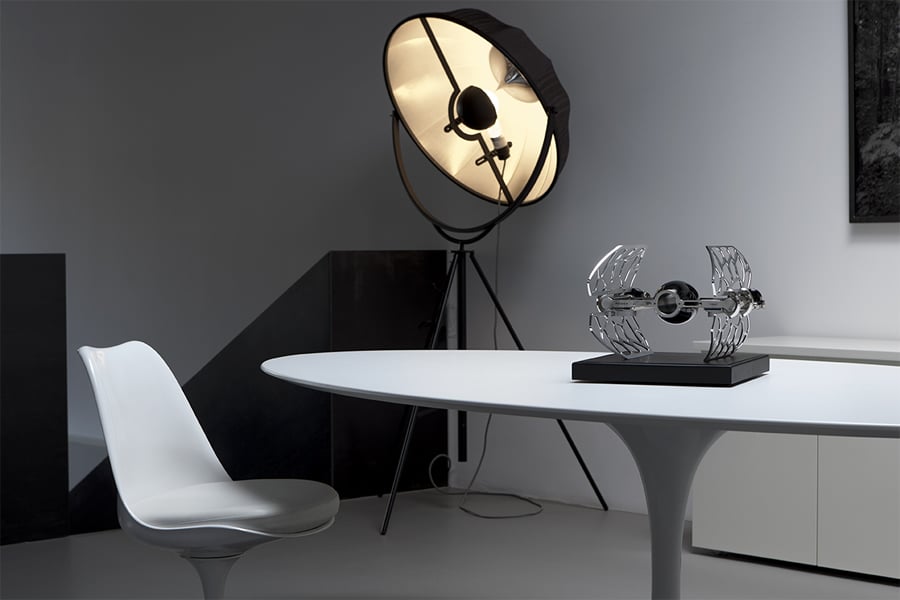 MB&F’s tag line for this, their 10th anniversary, is one that I can completely understand and am a firm believer in – A creative adult is a child who survived. Although the MM3 seems to be the best we’ve seen from the company yet, we’re sure they have every intention of pushing the limits of design into the next Galaxy that’s far, far away. The MM3 will retail for 17,500 CHF + taxes ($ 18,500)..