If you thought showing up for work faithfully and punctually in addition to delivering your work accurately and within time limits was ample, you are mistaken and an entirely unsuitable candidate for Canon Information Technology in Beijing. For employees at Canon Information Technology’s Beijing office, it’s nearly not enough to show up for work; they have to smile, too, and more so if they want to get anything done like entering rooms or book meetings. The company introduced a “smiling face recognition” technology last year into its AI-powered workplace management system that uses facial scans instead of key cards. Many have termed this an utter dystopic way to tackle the problem of workplace morale. 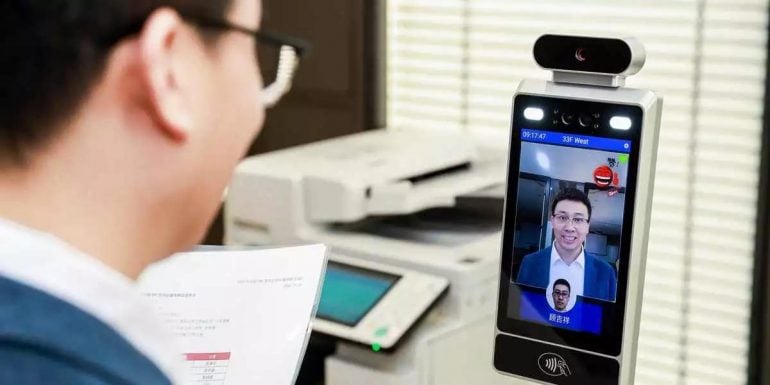 Ensuring that every employee is definitely, 100 percent happy all the time is not only an impossibility, but it’s a rather strange way that restricts them from feeling their emotions freely. All that unnatural smiling sounds truly exhausting! King’s College London researcher Adam Srnicek told the Financial Times, which originally reported on the smile-detecting AI, “Algorithms and artificial intelligence are not replacing workers. Instead, the management is being augmented by these technologies. Technologies are increasing the pace for people who work with machines instead of the other way around, just like what happened during the industrial revolution in the 18th century.”


Like in any story, this one too has another side to it where a spokesperson for Canon China cleared the air stating, “We have been wanting to encourage employees to create a positive atmosphere by utilizing this system with the smile detection setting ‘on.’ Mostly, people are just too shy to smile, but once they get used to smiles in the office, they just keep their smiles without the system which created a positive and lively atmosphere.” just so you know, the smile-detection function can be switched off, but that’s something Canon discourages especially after they have achieved their probably fake yet happy environment.