LG has announced the second generation model of its innovative CineBeam 4K short-throw projector which will be unveiled at CES 2019. The first ultra short throw (UST) laser projector that was introduced at CES 2018 was capable of producing a 150-inch display at 4K resolution. It had a price-tag of $3000 and was designed like a mini tower which can be set on the floor to project on the wall. The second-generation version, on the other hand, has a much practical design that looks more like a smart speaker which can be placed directly under the wall on a cabinet. The highlight of the laser projector is how close it can be positioned to the wall. According to LG, the second generation model can project a 90-inch display with a 4K resolution with just two inches of clearance from the wall. 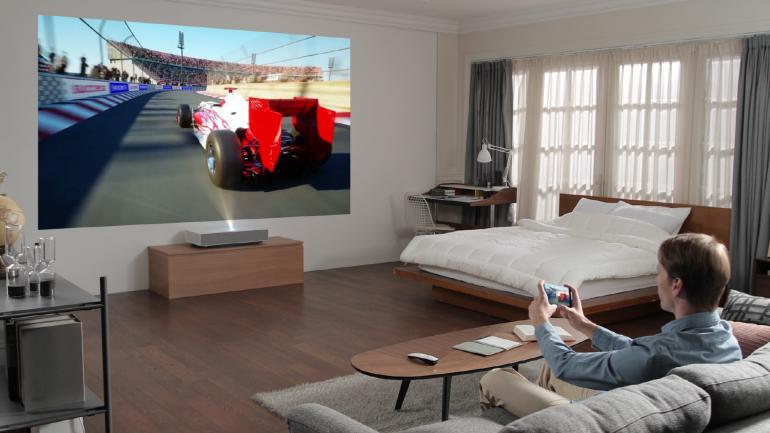 What’s even more impressive is that the display size increases to 120-inches if the projector is placed at a seven-inch clearance from the wall. Most of the specifications are yet to be revealed, but LG has promised that the projector will offer up to 2,500 ANSI lumens of brightness and a 4K UHD resolution. For connectivity, it will feature USB, Ethernet, and HDMI ports will support the LG’s ThinQ AI for voice commands like the brand’s other recent smart TVs. The price or release date is yet to be announced and is expected to be made public at CES 2019 which starts in a few weeks.

Tags from the story
LG, Projectors