Bringing you the epitome of luxury bundled in one, Lifestyle and hospitality brand Aman has recently announced the launch of Aman Beverly Hills in partnership with the privately held investment firm Cain International and Alagem Capital. 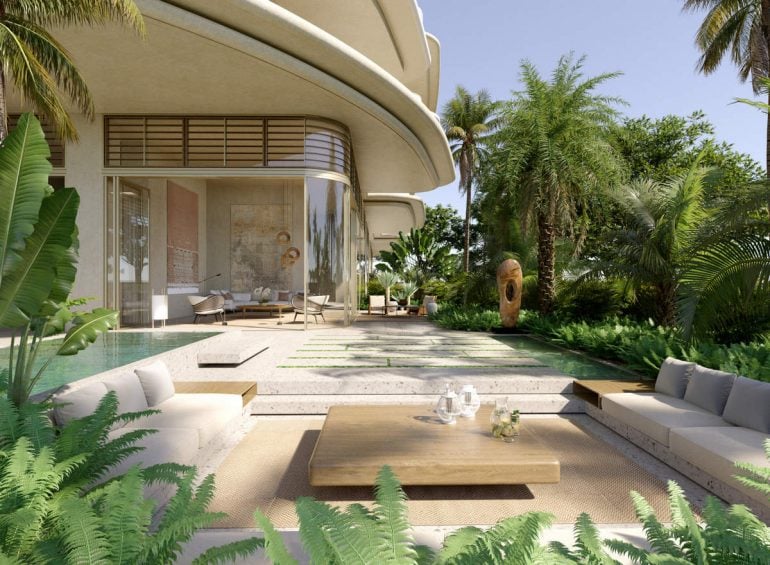 Comprising the Aman hotel, a collection of exclusive Aman Branded Residences, and an Aman Club, the project spans eight acres of botanical gardens. It is currently under construction, with the official launch expected to take place sometime in 2026.

Commenting on it, Vlad Doronin, Chairman and CEO of Aman, said: “Aman Group’s strategy is to bring the brand’s coveted resort experiences to urban destinations. This strategic direction has seen us successfully launch the multiple award-winning Aman Tokyo in 2014, and Aman Residences, Tokyo will follow next year, as well as future urban destinations which feature both hotel and residences; Aman Nai Lert Bangkok, Aman Miami Beach, plus the imminent opening of Aman New York.”

He further added, “The announcement of Aman Beverly Hills further demonstrates our commitment to this strategy and long-term vision. Staying true to our DNA and the revered Aman lifestyle, Aman Beverly Hills, nestled in its expansive botanical gardens, captures the legacy and heritage of Aman while connecting our guests with fascinating urban environments. We look forward to delivering another world-class destination on our continued mission to curate hotels and residences of architectural distinction in exceptional locations, with our unparalleled service and experiences.”

Aman Beverly Hills forms part of the ambitious 17.5-acre One Beverly Hills development that lies at the intersection of Wilshire and Santa Monica Boulevards. It is touted to be the centerpiece of the upcoming urban green space, much like the marquee’s previous developments, such as Aman Nai Lert Bangkok. The project also marks the brand’s fifth property in the United States.