Botswana is home to some of the most striking diamonds in the world. Back in 2016, a 1,109-carat diamond was discovered at a mine owned by the Canadian company Lucara Diamond Corporation in Botswana. The second-largest diamond of its kind in the world was recently purchased by Louis Vuitton’s parent company LVMH. We, too, have unearthed updates about the world’s third-largest diamond (pun intended). The diamond firm Debswana has announced the discovery of a 1,098-carat stone described as the third-largest diamond in the world in Botswana, Africa’s largest producer of diamonds (where else?). The stone was presented to President Mokgweetsi Masisi on Wednesday by Debswana Diamond Company’s acting managing director Lynette Armstrong. “This is the largest diamond to be recovered by Debswana in its history of over 50 years in operation,” said Lynette Armstrong. “From our preliminary analysis, it could be the world’s third-largest gem-quality stone,” she added. 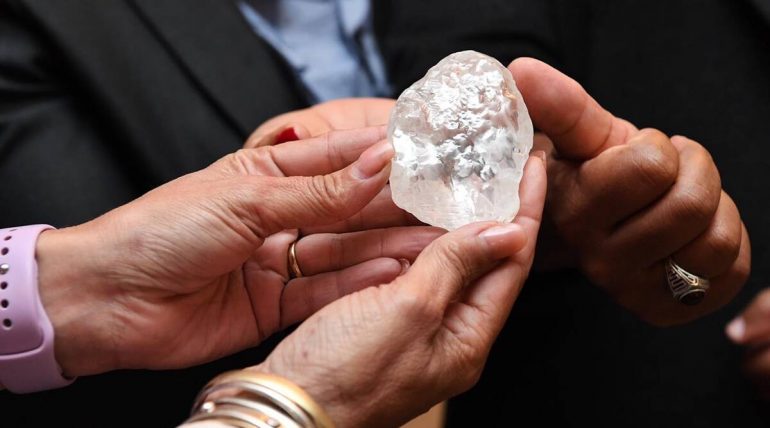 An estimate of the stone’s potential cost has not yet been released, but in 2017, the second-largest diamond ever found, Lesedi La Rona was sold for $53 million. LVMH announced the acquisition of Tiffany for a record-breaking $16.2 billion. The minerals minister, Lefoko Moagi, said the discovery of the stone, which is yet to be named but measures 73 by 52 by 27mm, could not have come at a better time after the Covid-19 pandemic hit diamond sales in 2020. 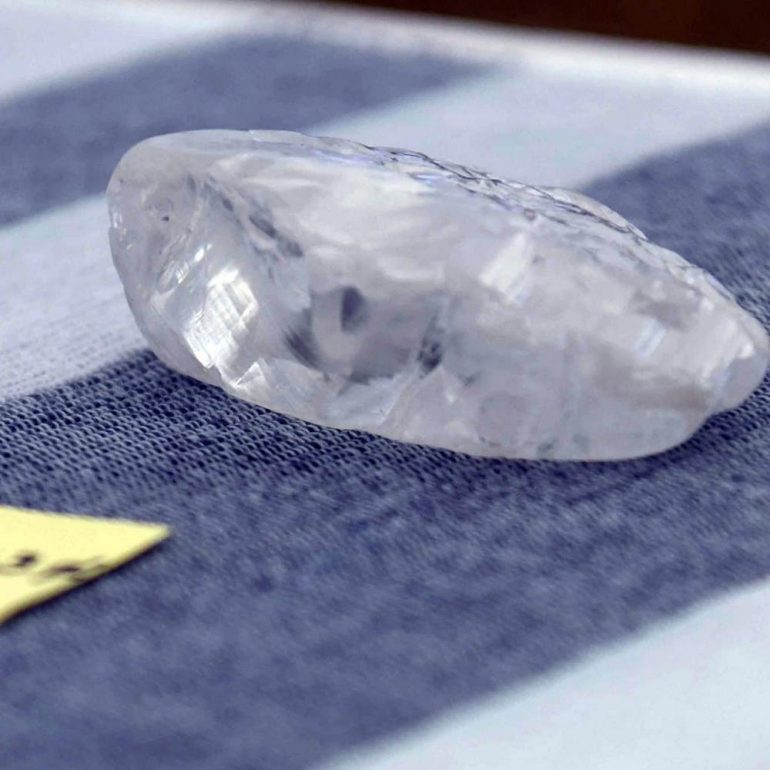 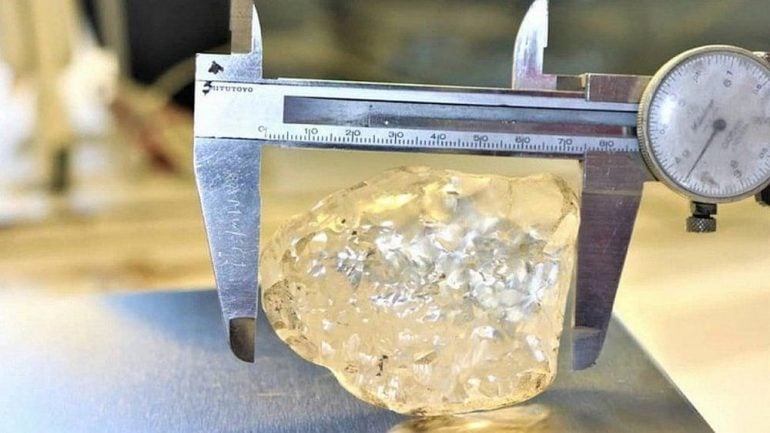 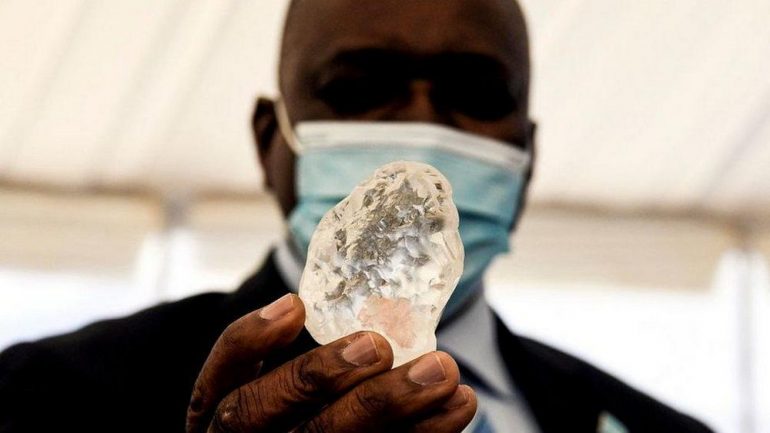