Music can be created from the most unimaginable things, for sound exists in places conventional and otherwise. Taking to this thought rather too seriously is Martin Molin, a 33-year-old genius who recently created an orchestra that is made from nothing but 2000 pieces of marble. The hand- crafted complex machine is known to generate music with the use of a simple crank that supports the movement of the many assemblies of marble. 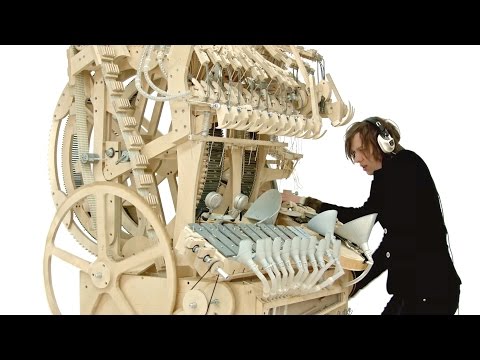 Known officially as the ‘Wintergram Marble Machine’, the instrument is a technical system of wheels, belts, funnels, tracks and carved wooden parts. On being struck, the parts of this exclusive musical box roll and beat against the built-in vibraphone, drum and bass, thus creating pleasing melodies for thy ears! Similar to digitally managed sound systems, this rather laborious piece of work can also efficiently control, manage and activate sounds effectively. The contemporary yet classical device gets its name from ‘Wintergram’- the band in which Molin plays as a multi-instrumentalist. 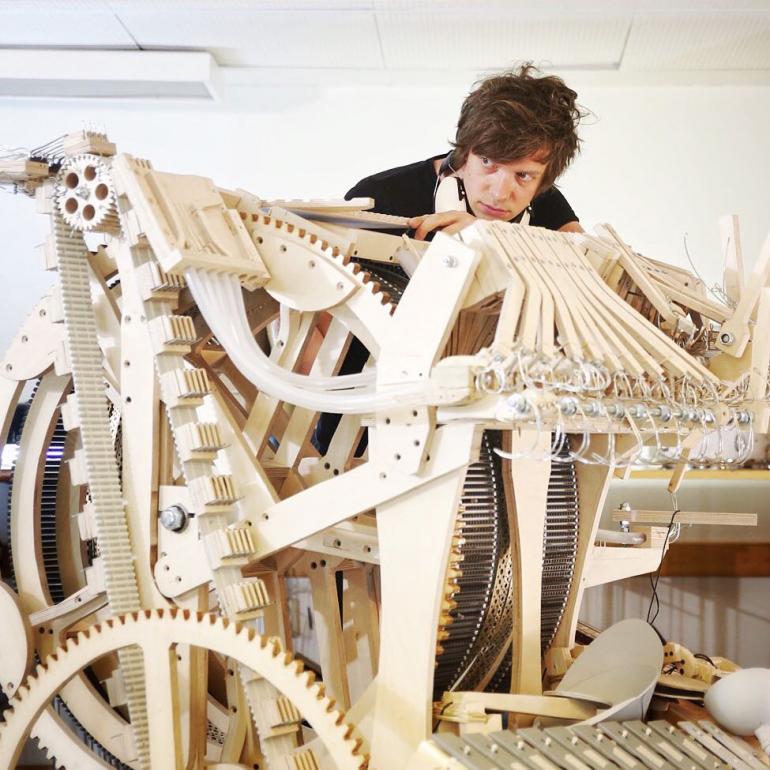 As per the ingenious 33-year-old, “Everyone makes music on a grid nowadays, on computers. Even before digital they made fantastic, programmable music instruments. In bell and church towers that play a melody they always have a programming wheel exactly like the one that is on the marble machine”. This explains his inspiration for crafting something as beautiful and complex as this device. The live-size marble orchestra can be custom-made on demand for $ 95,000 per piece. 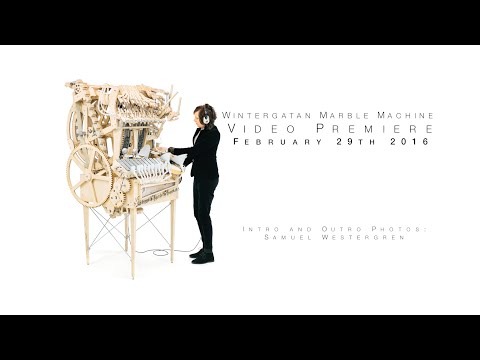