Jeff Koon has been in the news for a while now; it was regarding a sculpture of a hand holding tulips, which took 3 years too many to bloom. Good news is it has finally been revealed in the gardens of the Champs-Elysées, between the Petit Palais museum and the Place de la Concorde, not far from the US Embassy. The American artist dedicated a new sculpture to the friendship between France and the United States, and to the victims of recent terrorist attacks in the city and across the European country. This colorful, monumental sculpture portrays a hand clasping a bouquet of balloon-like tulips is 41-foot tall, weighs 67-ton and is made of bronze, stainless steel, and aluminum. While many would consider this to be a controversy-proof concept, that’s hardly the case. There are a couple of unhappy French people who aren’t exactly happy with the chosen location or even the fact that Jeff Koon’s sculpture ‘Bouquet of Tulips’ which is a symbol of remembrance, optimism and healing isn’t well-executed by him. The American artist simply donated the idea for the work, but left its execution and installation— estimated at the time to cost €3.5 million—to the French. Luckily the money was raised by French and American donors though Mr. Koon said he had added $1 million of his own money after delays led to spiraling costs. 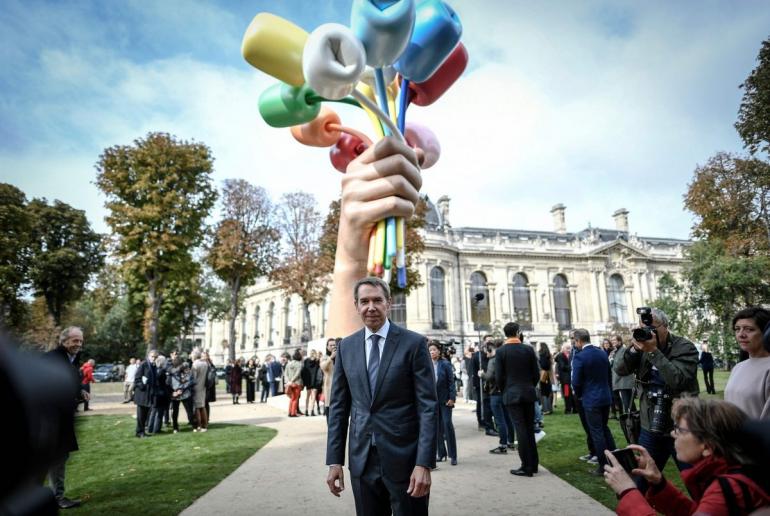 At the inauguration ceremony attended by some families of the November 2015 Paris terror attacks, Koon called the flowers “a symbol that life moves forward”, adding that they “represent loss, rebirth, and the vitality of the human spirit”.

Tags from the story
Jeff-Koons, Paris