Hello Kitty is a Scorpio, with a November 1, 1974 birth date, blood type A and now a plane that will fly between Paris and Taipei. While the news of Hello Kitty not being a cat might have come as a shock to many, this one will be a real surprise for its Parisian fan base. 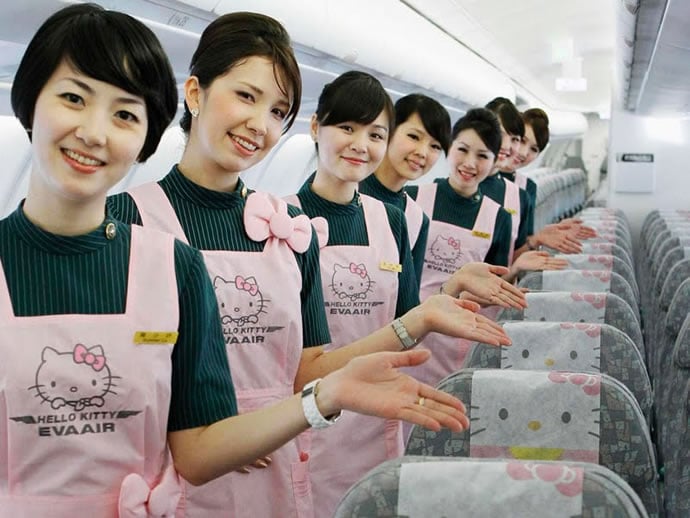 After announcing three new Hello Kitty jets to celebrate Eva Airways’ 20th Anniversary, the Taiwanese airline that until recently flew the adorable airplane between Taipei and Los Angeles as well as within Asia, will now be adding the Taipei-Paris sector to celebrate the 40th birthday of the anime character. 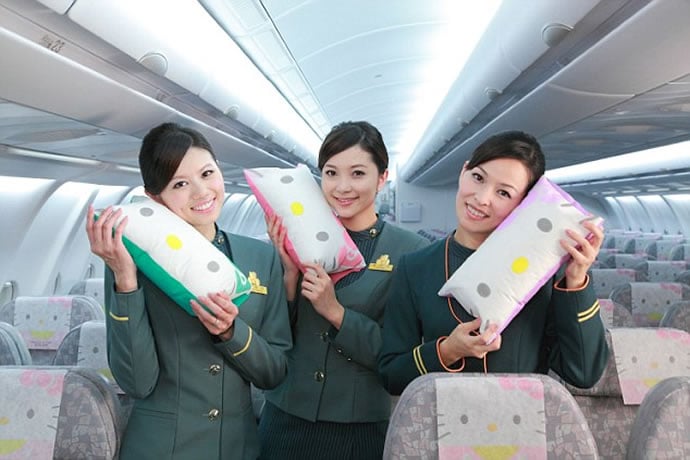 For fans in France (or those travelling to), this means a chance to be greeted by attendants in cute pink aprons, rest on animated headrests and pillows, and more importantly, fly in a colorful airplane emblazoned with the Sanrio icon. And that’s hardly the last of it. 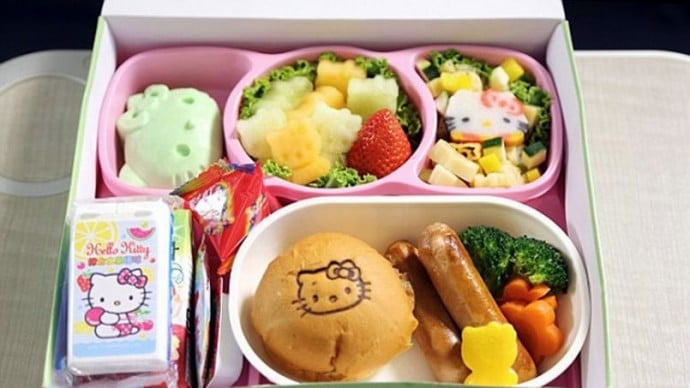 The meal trays have also been customized to match the theme. Think ‘Hello Kitty’ branded hamburger bread, vegetables and dessert in the shape of the “cat”. Passengers prepare to run into ‘Hello Kitty’ soaps and lotions in lavatories. And if you still want more, expect a list of cartoon take-home goodies. Bookings are already open on the site evakitty.evaair.com, from 802 € ($1,040) but operation within the new sector will commence from October 29, 2014.