We’ve already peeked inside the dens of Tommy Hilfiger and Christian Louboutin. Moving further, we’re giving you an exclusive look at the homes of other best designers, which of course, means that the residences are also some of the best in the world. These designers are synonymous with not just style and clothing but also an innate aesthetic sense. Each house exudes style, whether it’s a countryside villa or a more modern city apartment. Created with the help of incredible architects and interior designers, these houses are the source of great envy. 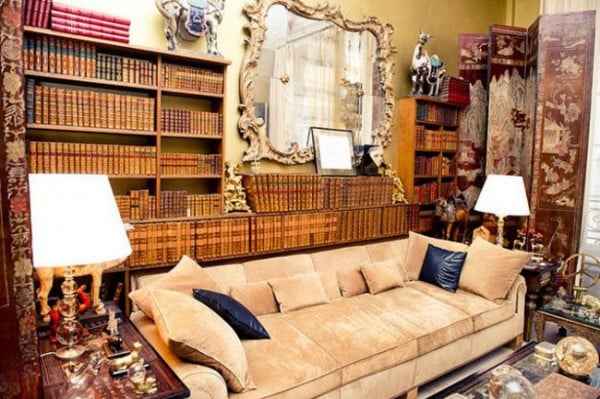 Coco Chanel
No designer list would be complete without Coco Chanel; she is the first queen of fashion with a design aesthetic that is eternal. Located at the famed 31 Rue Cambon in Paris, her home is now a mecca for fashion lovers all over the world, including Victoria Beckham. This glorious apartment clearly shows Chanel’s love for the Orient with abundant use of red and gold; the house has a clear ‘East meets West’ feel to it. A custom crystal chandelier can be seen from the iconic spiral staircase. With black lacquered surfaces, suede couches, and Buddha statues, every corner of the house oozes Coco Chanel’s unique style. 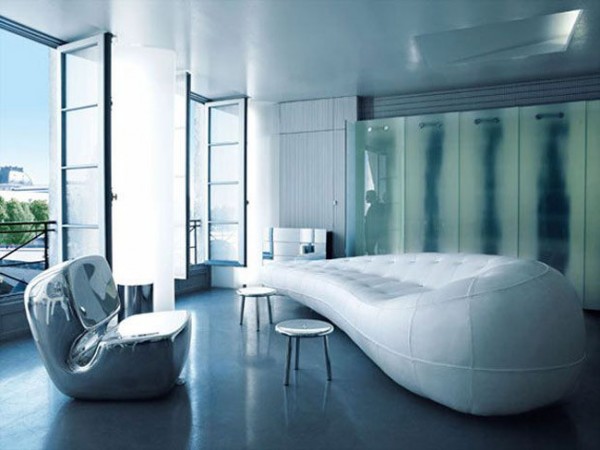 Karl Lagerfeld
The next descendant of Chanel Royalty is, of course, the infamous Karl Lagerfeld, His Paris apartment is located in a building built in the 1820s; however, once you enter the apartment, it feels more like you’re in the 2020s! The apartment has been decorated in a modern minimalistic style. Designed purely in black, white, and grey shades, the apartment is modern whilst bordering on cold. The apartment also houses part of his 400,000-book collection. Lagerfeld describes his apartment as a “spaceship for the city where you don’t feel bound by the earth.” Devoid of color, the apartment truly does resemble a spaceship. 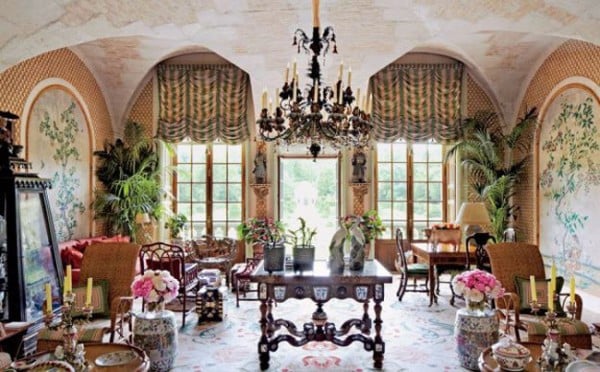 Valentino
Valentino Clemente Ludovico Garavani, or more commonly known as Valentino, is next on our list of Designer homes. The man is distinctly Italian, right from his tailored suits to his accent. However, his inspiration comes all the way from China. While he owns homes worldwide, his most impressive one has to be Château de Wideville, a 17th-century residence built outside Paris; it was built by Louis XIII’s finance minister and later housed Louis XIV’s mistresses. Valentino bought the house in 1995, which includes the adjoining park that stretches over 120 acres. The designer’s love for China is visible throughout Chateau, the idea being to recreate the feel of Shanghai in the 1920s. 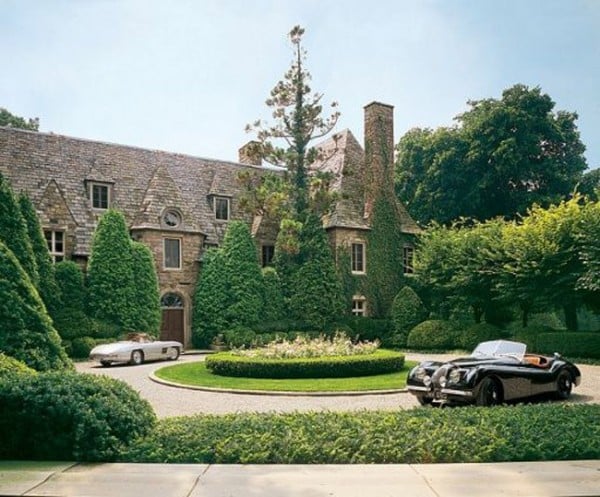 Ralph Lauren
Next on our list is American designer Ralph Lauren, born in New York City; the designer lives in a villa in Bedford. The entire estate covers over 300 acres and has been decorated elegantly to reflect the style of old English estates. While Anglophilia inspires it, it has distinctly American energy about it, which can be glimpsed in the garage filled with over 60 cars. Built in 1919, the house itself is 17,000 square feet; the interiors are quite simply sophisticated, with a classic mahogany library and George II side tables. Stained wood, old paintings, and shades of forest green define the house. 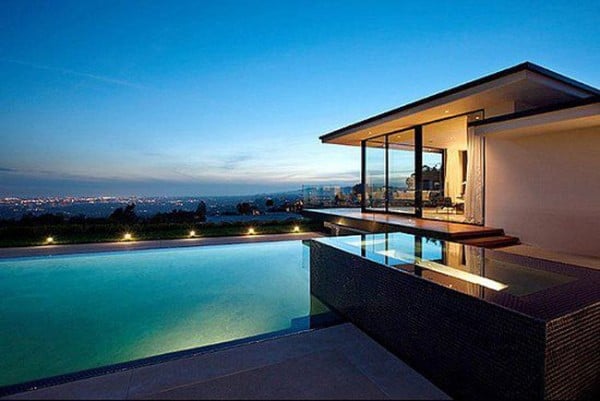 Vera Wang
Vera Wang’s Beverly Hills home is a place for her to unwind; it is the yin to her New York home Yang. The villa located in LA has floor-to-ceiling glass walls that overlook the Los Angeles basin and the Pacific Ocean. To create her own little Zen paradise, she worked with interior designer Steve Herman. The Queen of Wedding gowns is no stranger to Los Angeles, as many of her celebrity clientele reside there. The interiors are modern and minimalistic. The most stunning part of the residence, however, is the spectacular modern pool and deck. The designer invested over 10 million dollars for the 90210 zip code.