Oman is a blessed land in the Middle East that brags of geologically-endowed gifts that are better than most of its neighbors. I always imagined it to be like Dorne from Game of Thrones, with oasis, vegetation and beautiful water bodies, all dotting a desert canvas. A luxury holiday experience here would be no less than a reminiscence of what the noble rulers of Arabia would treat themselves to.

My pick for this experience was the Shangri-La Barr Al Jissah Resort, a hotel complex that comprises of three hotels. Perched atop a high cliff, the Al Husn offers a spectacular view of the Gulf of Oman. Being situated around the bay of Muscat, the hotel is just 40 minutes away from the airport.

The grand entry into the Al Husn is highlighted by marbled paths and water fountains (much like my fantasy of Dorne) and it set the mood for the things to come. The structures around me were all influenced by traditional Omani-styled architecture. You can pick from 180 rooms and suites, each designed to replicate the royal furnishings and designs of Arabian royalty. The lobby is no less than an Arabian castle, reimagined with contemporary décor. Being middle-aged comes with its own perks as the Al-Husn, as it’s an adult-only hotel, an ideal sanctuary for those looking for peace and quiet during a holiday.

I was put up in the Deluxe Room, which spread across over 500 square feet of luxury. It wasn’t the biggest room I’ve stayed in, in the Middle East but it did include a furnished balcony with an alluring view of the pool. The bathroom was sheathed in marble and had a separate bath cubicle. Perfect! Bathware provided included extra beach towels and L’Occitane toiletries. Amenities of the room included a Nespresso machine, a minibar, an electronic safe, an entertainment system with Bose speakers and satellite television, and a very handy writing desk, where I could pen down the key pointers of this review. To reflect the fertile land of Oman, fresh fruits and flowers always adorned my living space and it once again reminded me of how different this land was from the rest of the Middle East. Coming back to that minibar I mentioned about earlier. It’s loaded with complimentary beverages of both, the alcoholic and non-alcoholic kind. 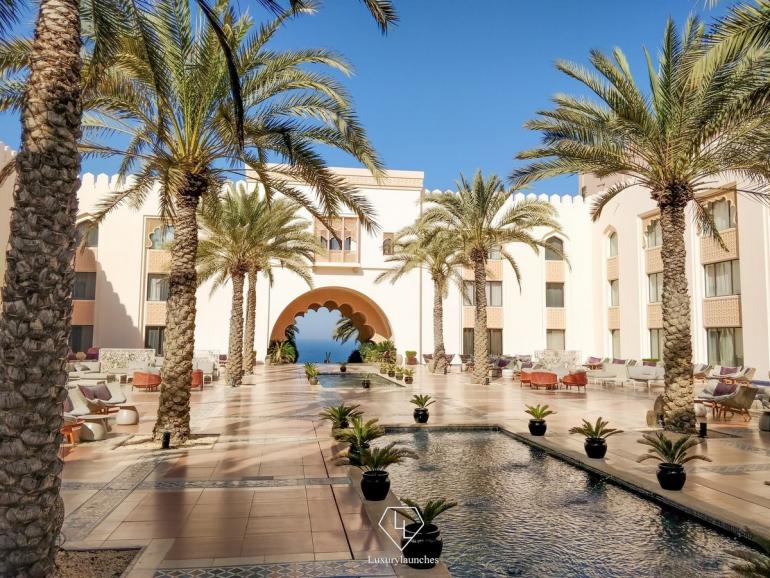 There’s nothing as charming as a complimentary gesture from a hospitality service. In my case, the Al Husn surprised me with a tradition that seemed to grow on me. The complimentary afternoon tea. Served every day, the tea with the accompanying delicacies’ is part of your room’s tariff (so not really complimentary, maybe? But what gives). The three-tiered afternoon tea setup spoils you with an assortment of sandwiches, scones and tea cakes. In the evenings you can settle down around the beautiful courtyard that rims a fountain pool. A serving of cocktails and canapes will keep you enthralled over conversations with your traveling companions or the absolute strangers you get to know. It’s one of those things that adult-only setups have. You could also indulge in the two restaurants at the hotel, namely the Shahrazad and the Sultanah. 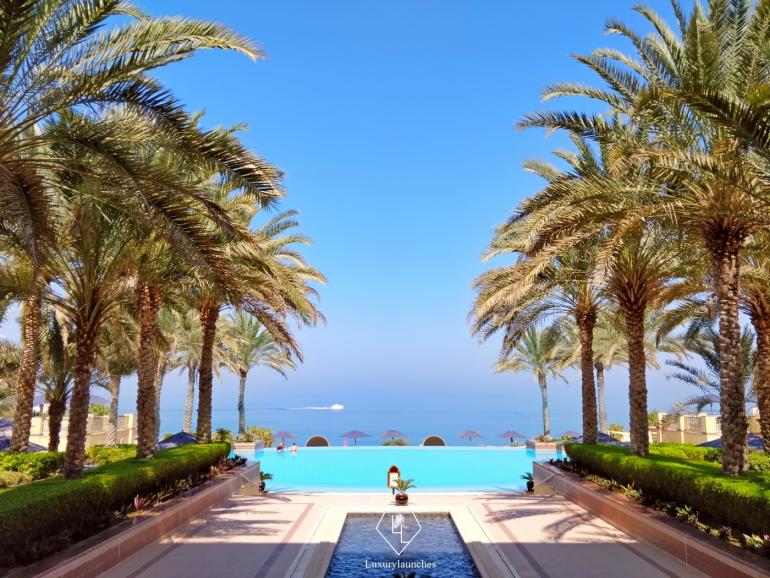 The location of the Al Husn makes it possible to have a cliff-side infinity pool and oh boy, what a pool it was. It’s a welcome relief from the beaming down Arabian sun and a great excuse to work out and burn some of the calories you accrue from the several complementary courses. The infinity pool has an adjacent hot tub to offer you a therapeutic relief after an intense swim. And then, there’s beachside service given to you in the form of facial sprays and dollops of watermelon coolers. If a pool isn’t enough, the property has its very own private pool. The jagged rock walls that enclose the beach area make for an Instagram-worthy, no filter picture fest. 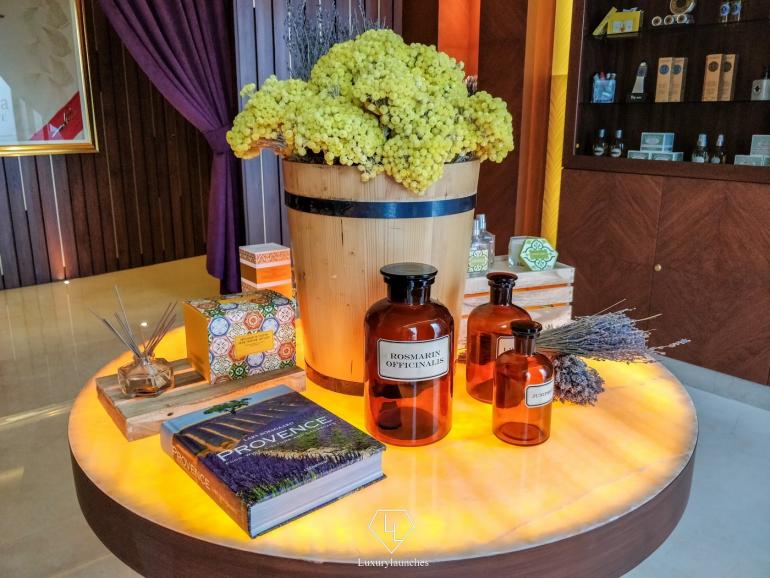 You can also indulge in the art gallery here, should you be running out of things to do. But only after you fully experience the Chi Spa that offers a number of therapies and provides guests with a vitality pool, herbal steam, tundra, and tropical showers and even an ice fountain.
The Shangri-La Al Husn was an embodiment and summary of all things luxury and fresh about Oman. For luxury-seekers who’re immune to a landscape that resonates exquisiteness, this could well be a destination with a difference.