Bentley has beaten the rest of the high-end carmakers by launching world’s first hyper-luxury SUV. Unveiled at the 2015 Frankfurt Motor Show, the Bentayga joins the Continental GT, Flying Spur, and the flagship Mulsanne in the British automaker’s lineup. Bentley’s assault in the new segment completely changes the SUV game by setting new standards and pushing exquisite luxury into new territory. On paper, the 2016 Bentley Bentayga seems to fulfill all the tall promises made by the company’s CEO, but real world driving impressions remain to be seen. Before that, here are 7 fascinating facts you need to know about the big yet elegant Bentley Bentayga. 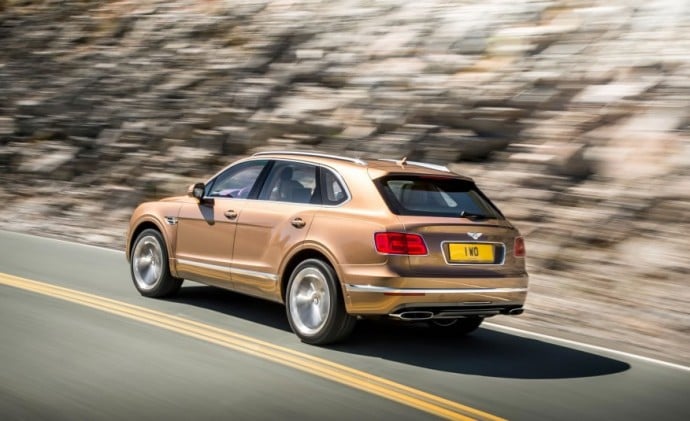 7. The fastest and most powerful SUV ever
The Bentley Bentayga packs a twin-turbocharged 6.0-liter W12 behemoth that churns out 600 horsepower and 663 foot-pounds of torque, making it the most powerful SUV in the world. The eight-speed automatic transmission channels the power to all four wheels. The result? It will crack 0-62mph in just 4.1 seconds (beating the Range Rover Sport SVR’s 4.7 seconds comfortably) and reach a top speed of 187mph. That beats the Porsche Cayenne Turbo S by roughly 10mph and the Mercedes-Benz GLE 63 S AMG by about 13mph. 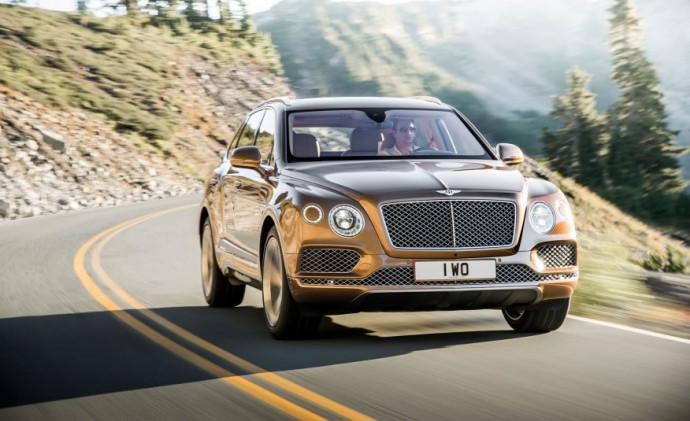 6. Shares the platform with the new Audi Q7
The Bentley Bentayga is based on the Volkswagen Group MLB platform, the same platform used in the second-generation Audi Q7. The future third-generation Porsche Cayenne and Volkswagen Touareg will also feature the same underpinnings. Even in terms of the overall shape of the body, the Bentayga and the new Audi Q7 are very similar. However, the resemblance is not just limited to exterior design; it can be found on the driving assistance systems as well. 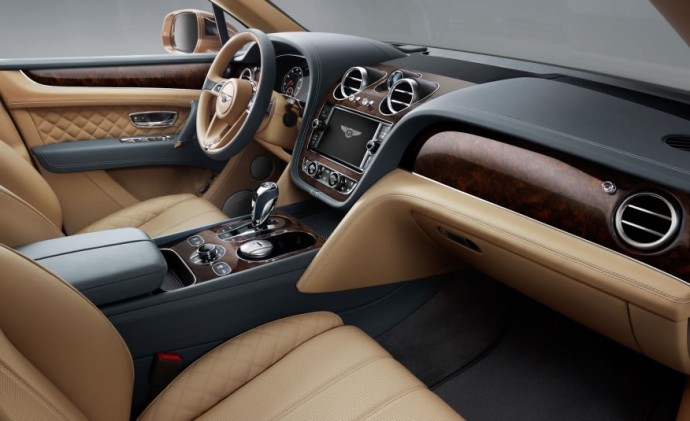 5. Natural world and company’s founder inspired the name Bentayga
Not everyone is happy with Bentley’s decision to name its first SUV ‘Bentayga’. The British automaker announced the name months before the official launch. According to Bentley, the natural world, along with the company’s founder, inspired the Bentayga’s name. The name is said by Bentley to be inspired by the Taiga snowforest that crowns the northern hemisphere, as well as the Roque Bentayga, a rock formation on the Spanish island of Gran Canaria. The exotic title is meant to evoke the dramatic beauty and spectacular views both areas offer as a reward for enduring a rugged excursion. Chairman and CEO of Bentley Motors Wolfgang Dürheimer said, “Bentayga is a name that reflects what we know our SUV will do better than any other car in the world – combine the best automotive luxury with outstanding performance to take the Bentley experience to new environments.” 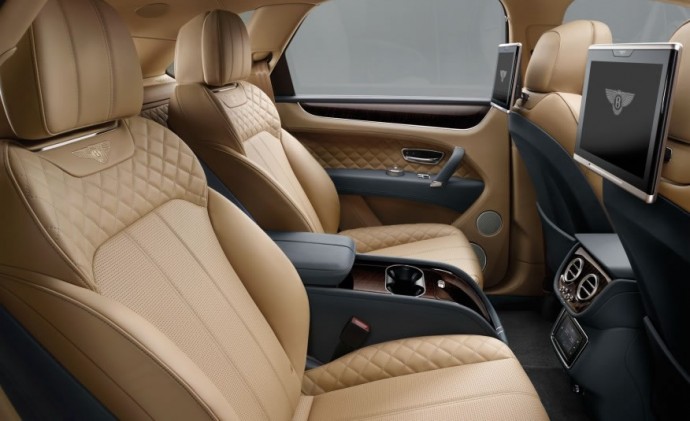 4. Loaded with technology
The Bentley Bentayga offers all the latest technology. An optional electric active roll control device developed with Audi that draws power from a 48v electrical system is also on offer. The brand said the active roll bar technology finds the perfect balance between body control and ride comfort to give class-leading cabin stability and handling. Adaptive Cruise Control with stop and go, predictive ACC, and traffic assist give the Bentayga driving assistance systems similar to the Mercedes S-Class. Other than that, removable 10.2-inch Android tablets, with WiFi and 4G capabilities, serve as the entertainment hub for the passengers in the back seat along with a Naim surround sound system. 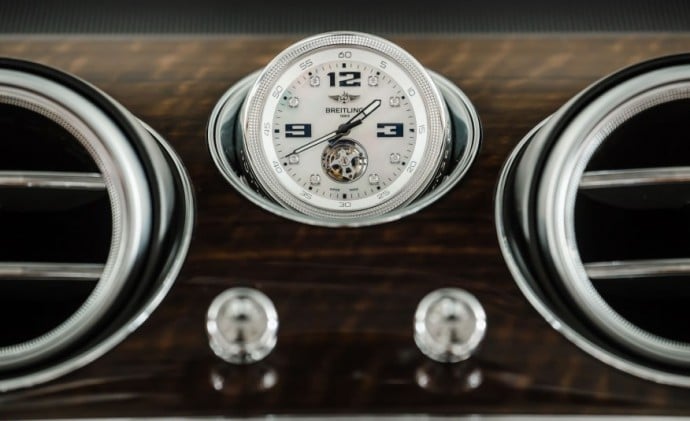 3. World’s most expensive in-car clock
All the luxury cars come with an options’ list, which include ridiculously priced extras. However, Bentley Bentayga has broken all previous records by coming up with an optional extra that costs almost as much as the car itself. The Mulliner Tourbillon clock by Breitling is expected to come in at around 150,000 pounds, or roughly $234,000. The watchmaker justifies the price by explaining the clock has “the most complex of watch mechanisms.” 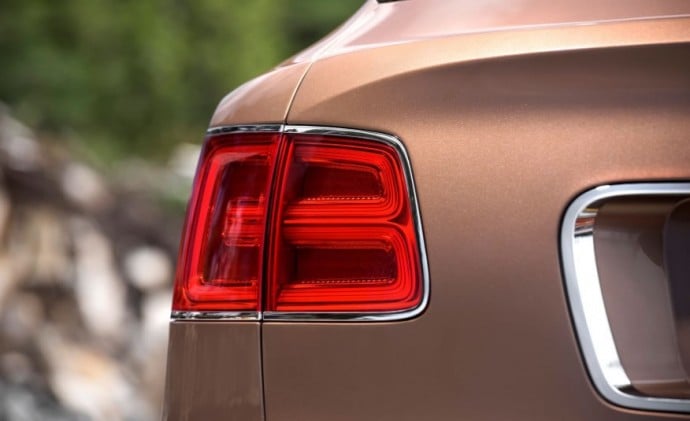 2. Queen Elizabeth is the first customer of Bentley Bentayga
The Queen is ready to ditch her iconic green Land Rover for the new Bentley Bentayga SUV. The first Bentley Bentayga will be delivered to Her Majesty Queen Elizabeth II, who will use it at her property in Balmoral, Scotland for “hunting expeditions,” as Bentley’s US chief Michael Winkler told Bloomberg. It is believed that Queen Elizabeth was bowled over by the 187-mph Bentayga after she put a prototype through its paces across the rugged Aberdeenshire terrain of her Balmoral estate just a few weeks ago. 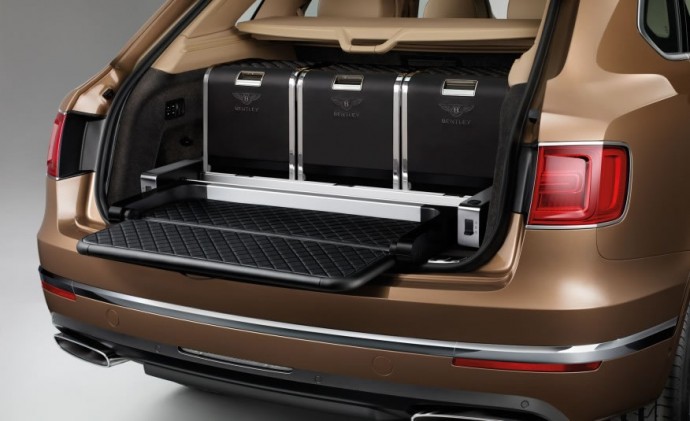