Ducati has finally taken the covers off the highly-anticipated Multistrada V4 after many months of teasers and spy shots doing rounds on the internet. Joining the Multistrada 1260 and Multistrada 950, the Multistrada V4 is the first Ducati ADV in the line-up to be powered by a V4 engine. The power plant, as one would expect, has been derived out of the 1103cc unit used in the Panigale V4s and Streetfighter. However, the Granturismo V4 engine used in the new motorcycle has been developed just for this application and has a slightly larger displacement at 1158cc. The new engine has also has done away with Ducati’s famous Desmodromic valves, thanks to which it gets a 37,000-mile valve service interval and 9000-mile oil change interval. The Granturismo V4 engine churns out 170 horsepower and 92 pound-feet of torque and it has been specially tuned to improve the riding experience at lower revs. 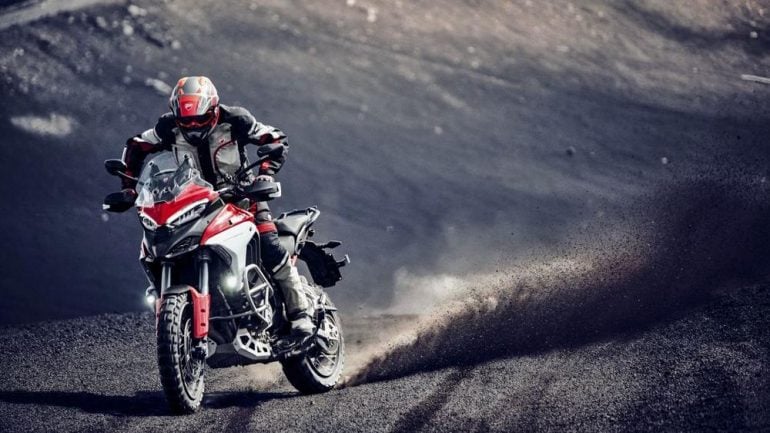 In terms of design, the new Multistrada V4 shares a lot of styling cues with its L-twin siblings. However, it does get its own unique design elements to make it stand apart in the line-up. Instead of a steel trellis frame, the Multistrada V4 is equipped with an aluminum monocoque with the V4 engine acting as a stressed member. The single-sided swingarm from the L-twin models has also been swapped for a redesigned double-sided replacement. The new Multistrada V4 will be available in three different variants: V4, V4 S, and V4 S Sport. The entry-level V4 version will come with cast wheels measuring 19-inch in the front and a 17-inch in the rear. The electronics package includes ABS Cornering, Wheelie Control, and Ducati Cornering Traction Control, all controlled by the bike’s IMU. The V4 S additionally gets Ducati’s semi-active Skyhook Suspension with automatic leveling and optional radar-based adaptive cruise control and blind-spot monitoring, along with the option of spoke wheels. The top-spec Multistrada V4 S Sport gets a unique livery, Akrapovič exhaust, and carbon-fiber front fender. The new Multistrada V4 should hit the US dealerships in January next year. 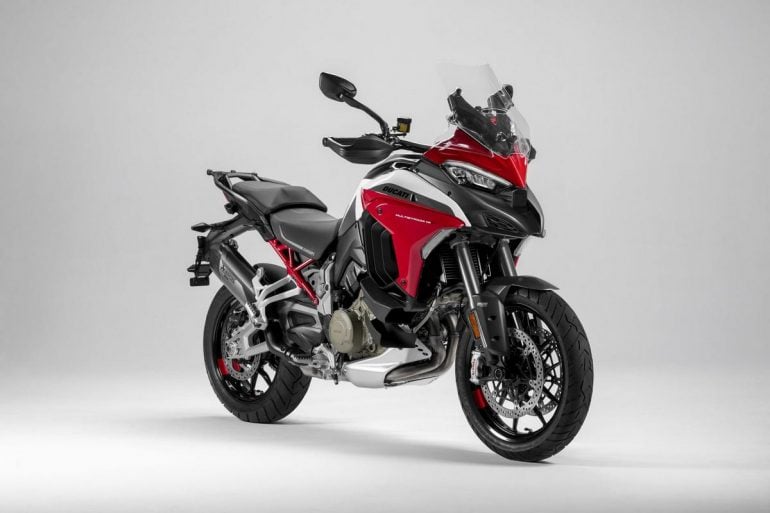 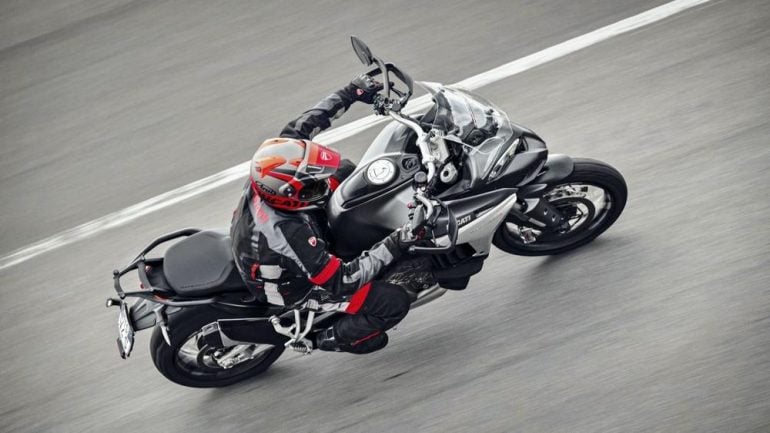 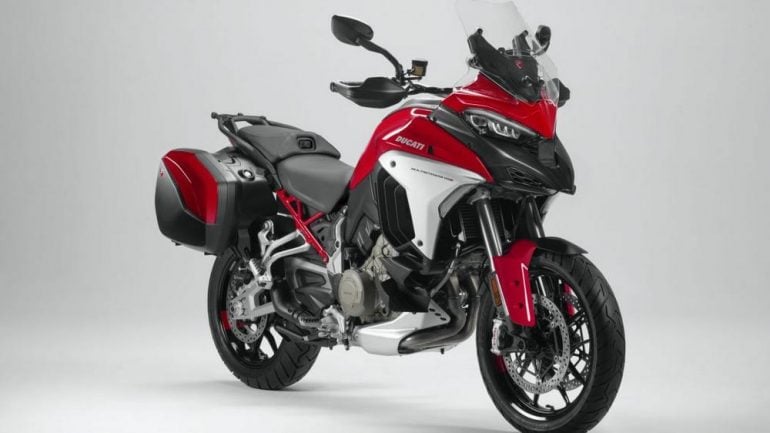 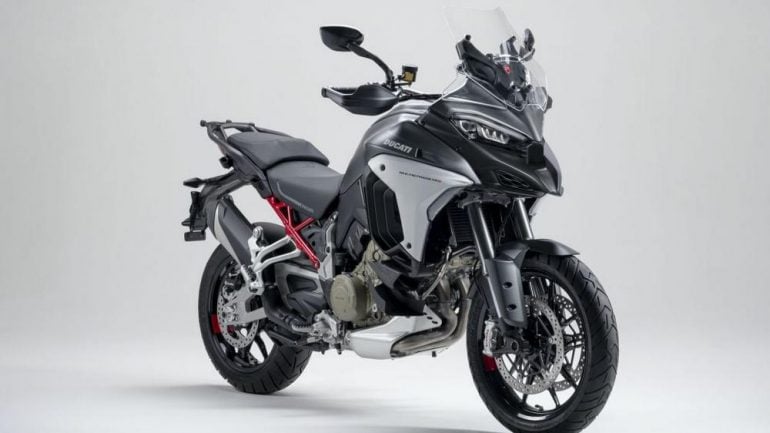 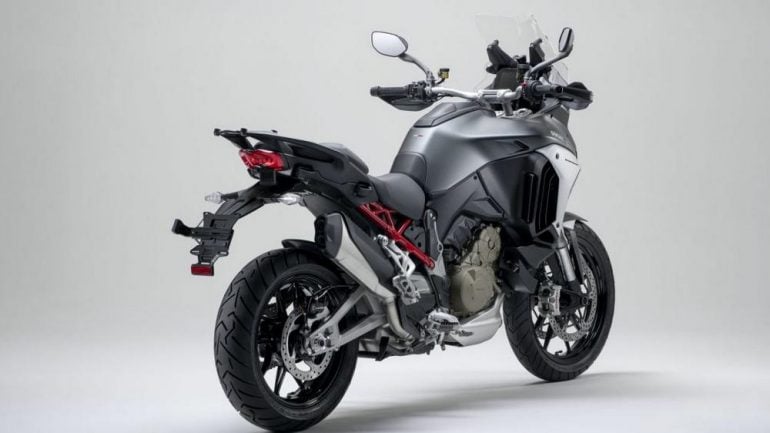 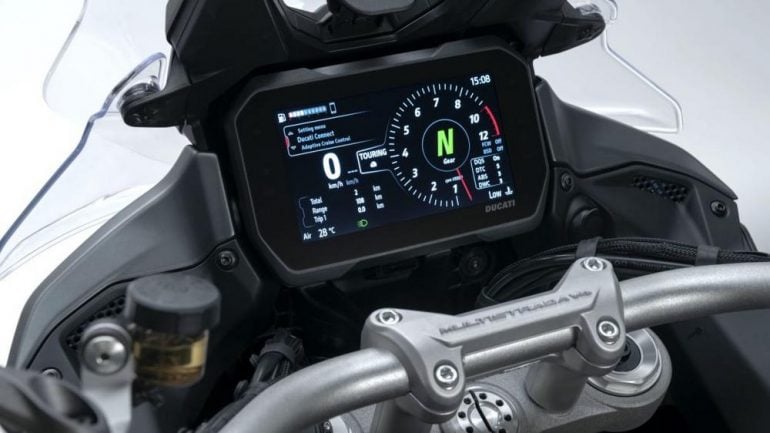 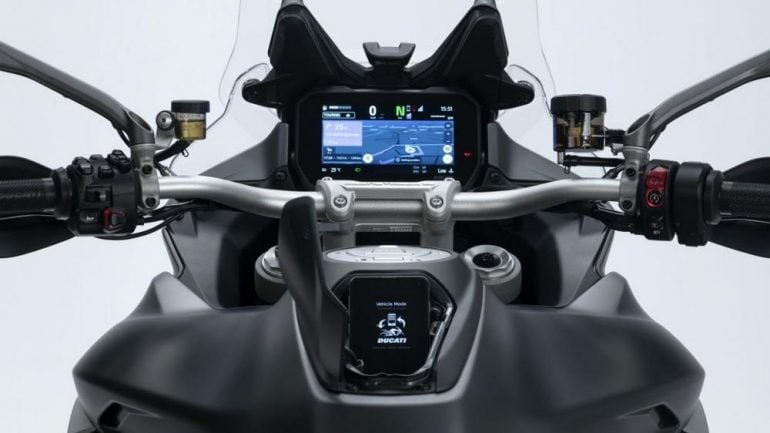