As the old adage goes, actions speak louder than words; and sometimes it becomes necessary to take drastic actions to make a point when simple complaints go unnoticed. In the last one year, we have had several instances of miffed customers destroying their luxury cars in protest of poor service quality provided to them. A man destroyed his BMW M6 with a sledgehammer right at the entrance of the Frankfurt Motor Show last year, and a Maserati Quattroporte owner from China hired four men to smash it completely, both as a symbol of dissatisfaction with the shoddy services. But a furious Jaguar XF owner from India resorted to a much sedate, but effective, way to mark his protest against the automaker. 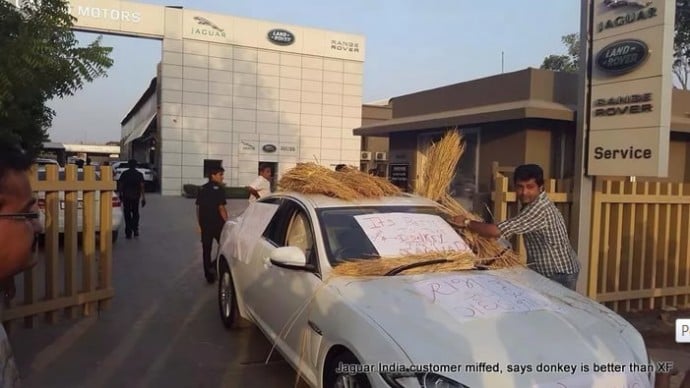 The owner of the Jaguar XF named Rahul Tharak got so angry with the constant problems he had been facing with his car that he decided to use donkeys to pull the white colored XF to the dealership. That’s not all; he covered the Jag with hand-drawn posters which read ‘Bogus Car’, ‘Bogus Company’, and ‘Bogus Service’. The placard on the rear windshield written in local language read: “Is a donkey better or a car for Rs 50 lakh”. According to the owner, his $80,000 XF had problems with its headlights, bumper and mechanical issues which the dealer was unable to mend despite repeated complaints. He added that it is better to have 6 seater autorickshaw than owning a Jaguar and covered it with hay bale to make it appear like a village cart. The JLR dealership in Ahmedabad has preferred not to comment on it. 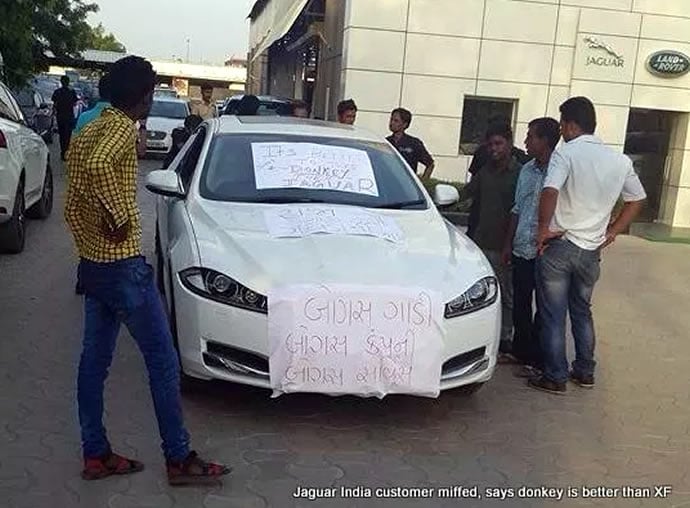 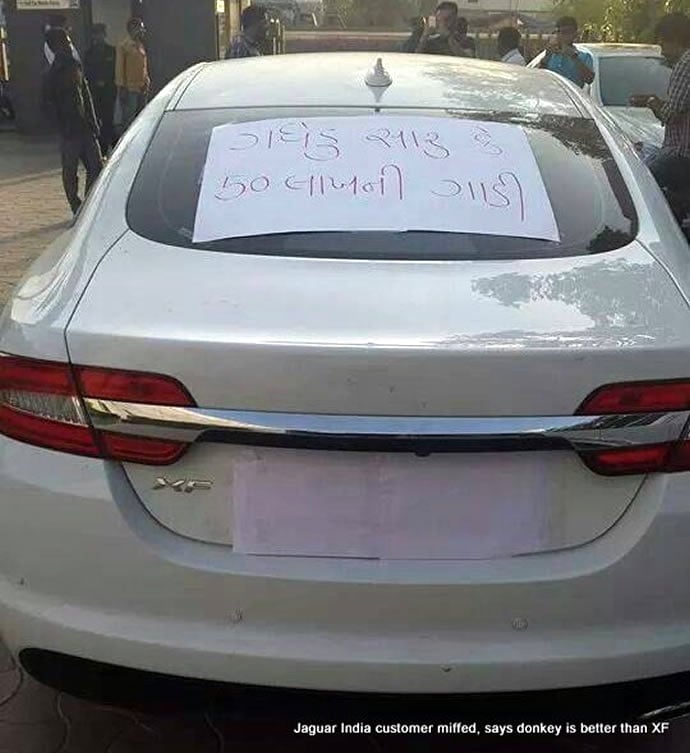 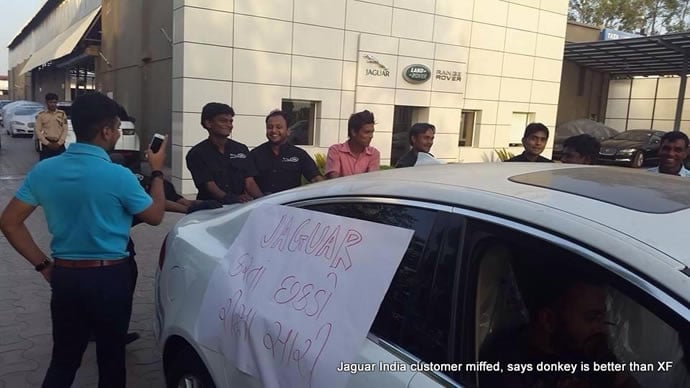 Tags from the story
India, Jaguar