A few days back, Bentley expanded its product lineup with the new Bentayga EWB along with introducing a special launch edition of the luxury SUV called the Bentayga EWB Azure. Bentley has now announced the availability of the Azure package for its entire five-model lineup, including the standard Bentayga, Flying Spur, Continental GT, and Continental GT Convertible. According to the British luxury car manufacturer, the Azure package adds a specially curated selection of features designed for ‘wellbeing behind the wheel’. In fact, Bentley collaborated with well-being experts and neuroscientists to create a specially designed “stress-free” interior for the Azure package where the customer can “recharge their mental batteries,” making it a wellbeing-focused alternative to the performance-oriented Speed trim. 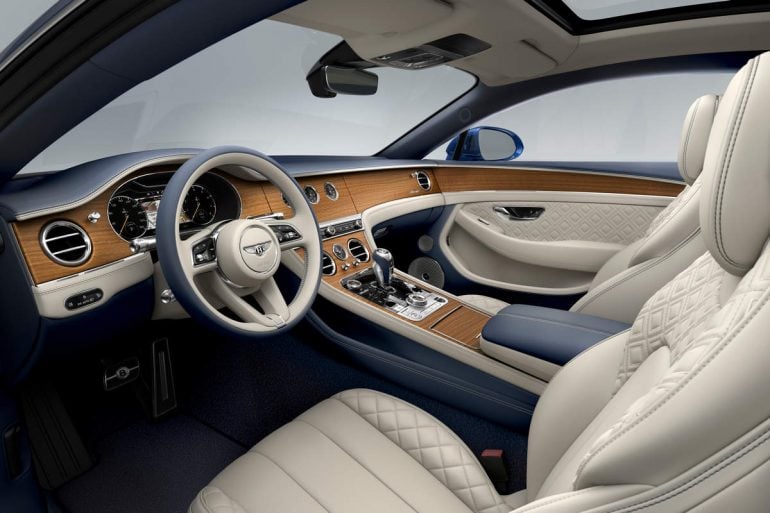 As mentioned earlier, the newly launched Bentayga EWB is the first model to get the Azure treatment. While the entire focus of the special package is on making the cabin a more relaxing place to be in, there are a few special touches that can be found on the outside as well. In addition to bespoke Azure badging on the front fenders, the package adds a new set of 22-inch ten-spoke wheels, a “jewel” filler cap, and bright-chrome lower bumper grilles. In addition to that, the Flying Spur Azure is fitted with a glass-to-glass panoramic sunroof with a tilting front panel, while the Continental GT Azure gets a fixed panoramic sunroof. 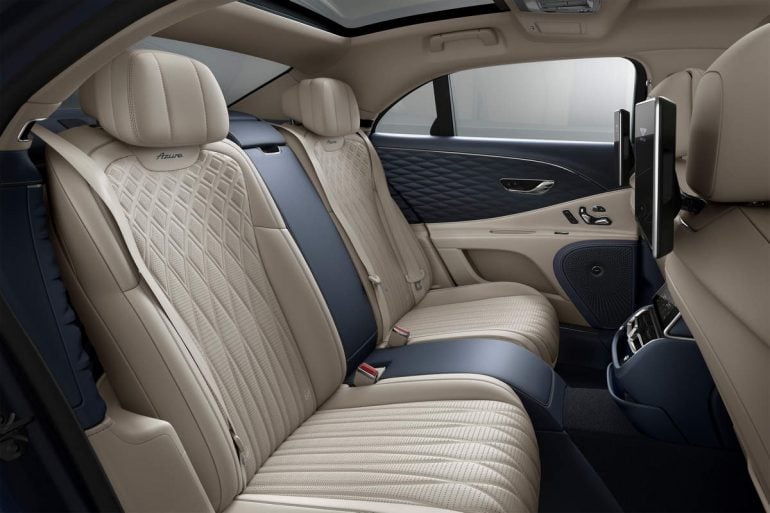 On the inside, there are 15 special upholstery choices to pick from and all of them come with contrast stitching and piping. The Azure package offers a choice of three open-pore veneers; Dark Walnut, Crown-Cut Walnut, and Koa, “whose softer, satin, reflective quality evokes a mood of calm.” Furthermore, features like illuminated treadplates, Bentley ‘B’ foot pedals, mood lighting, and a duo-tone steering wheel with a heating function come as standard on the Azure range. Bentley also said that all Azure models will have the Front Seat Comfort specification, which has 22-way adjustable seats with heating and ventilation. 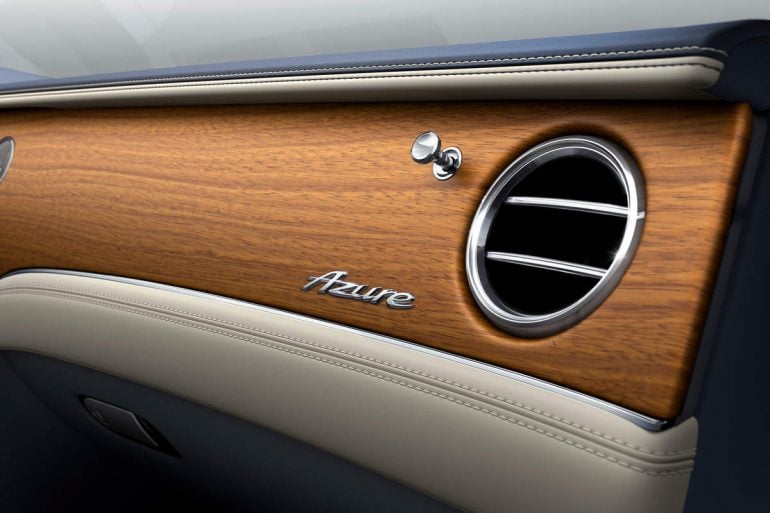 To make the ride as comfortable as possible, the Azure models come fitted with the Bentley Dynamic Ride system as standard that cushions the ride by electronically decoupling the anti-roll bar. Additionally, the system can apply up to 959 pound-feet in just 0.3 seconds to keep the body flat during cornering. Another important part of the Azure package is the addition of Touring Specification of driver-assist systems as standard equipment to make driving stress-free. Bentley also claims that special attention has been paid to NVH, with a considerable reduction of noise, vibration, and harshness. Pricing is yet to be announced. 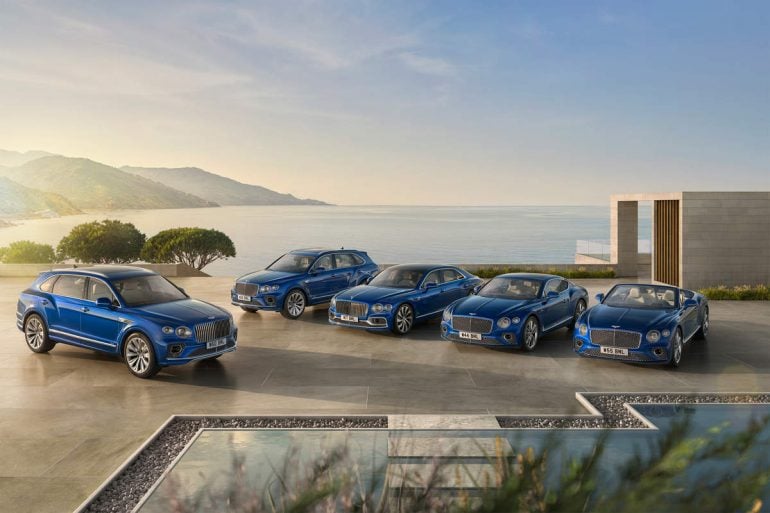 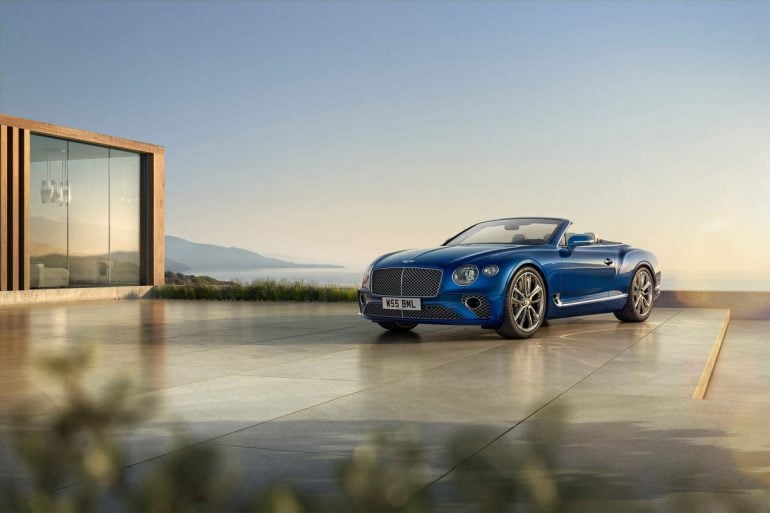 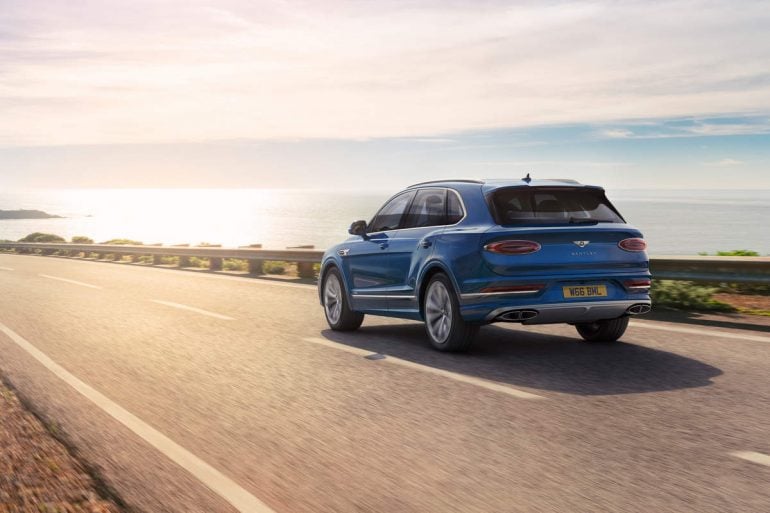 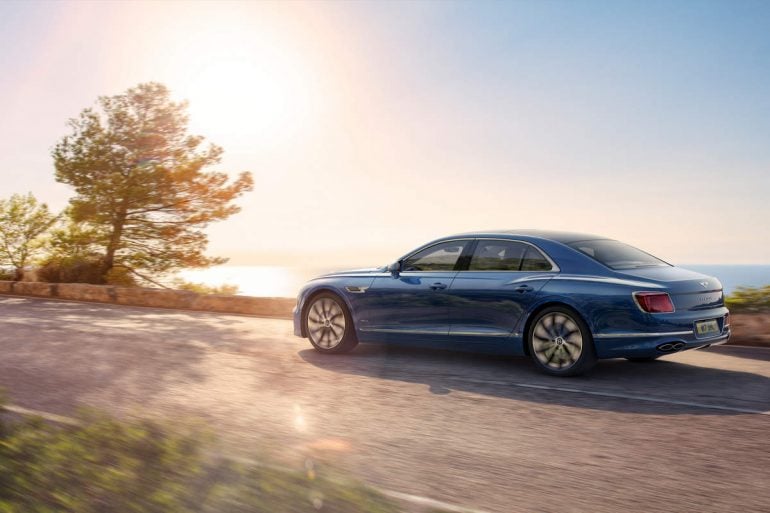 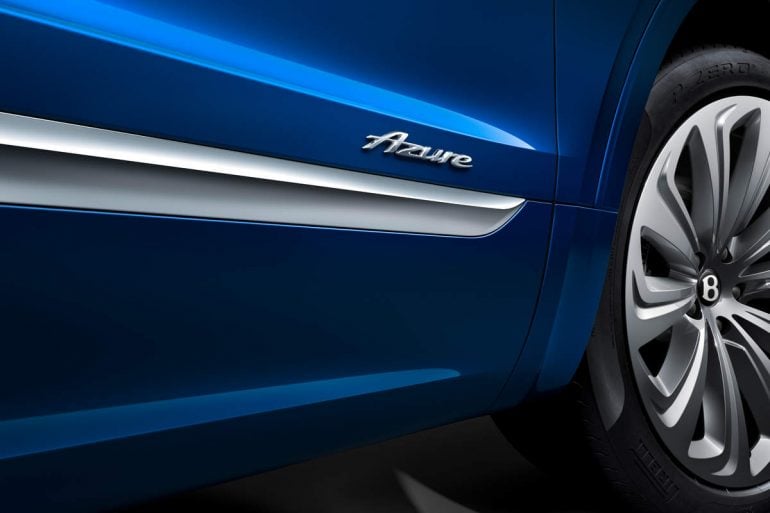 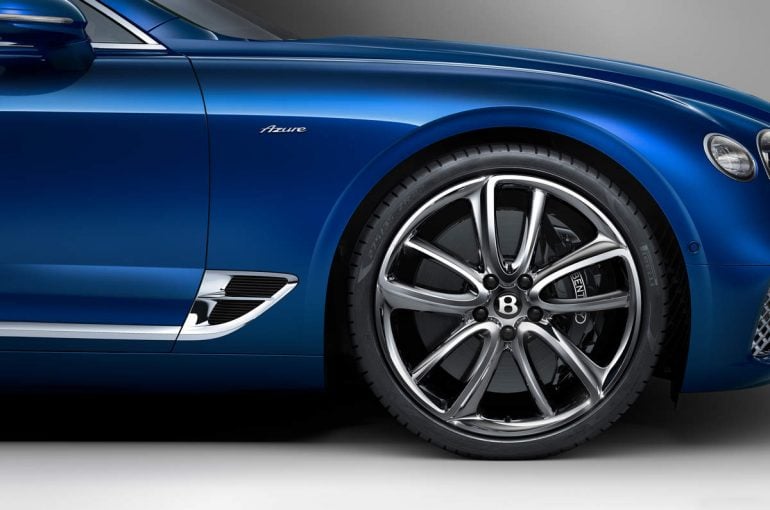 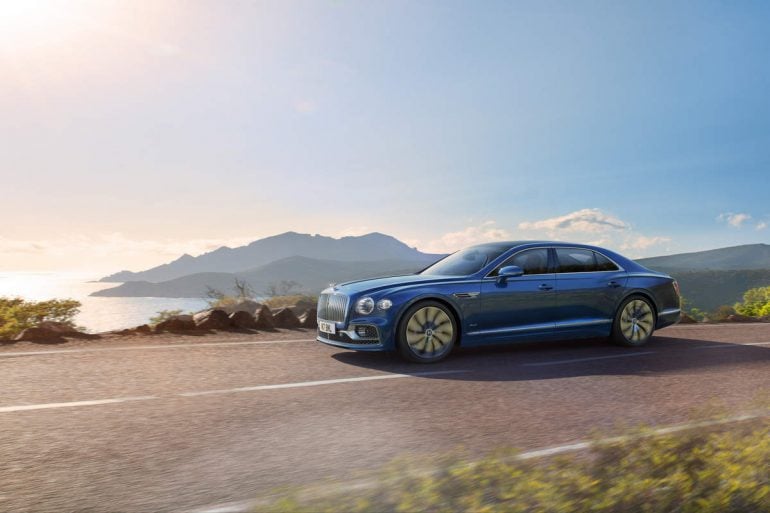 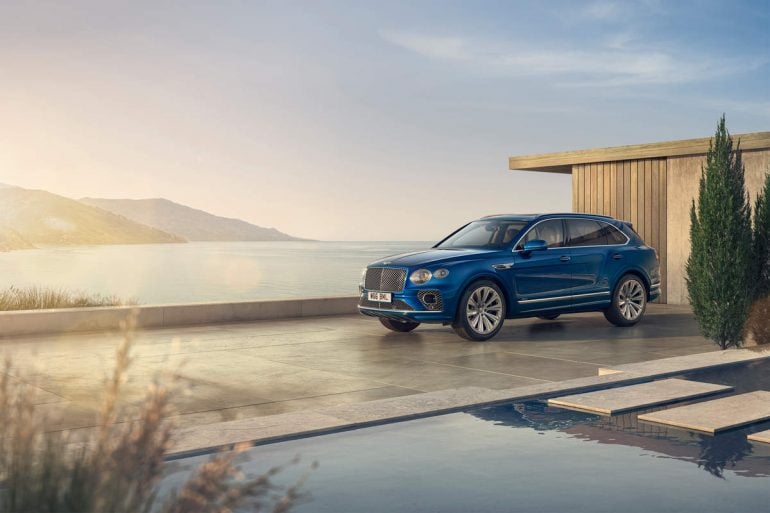 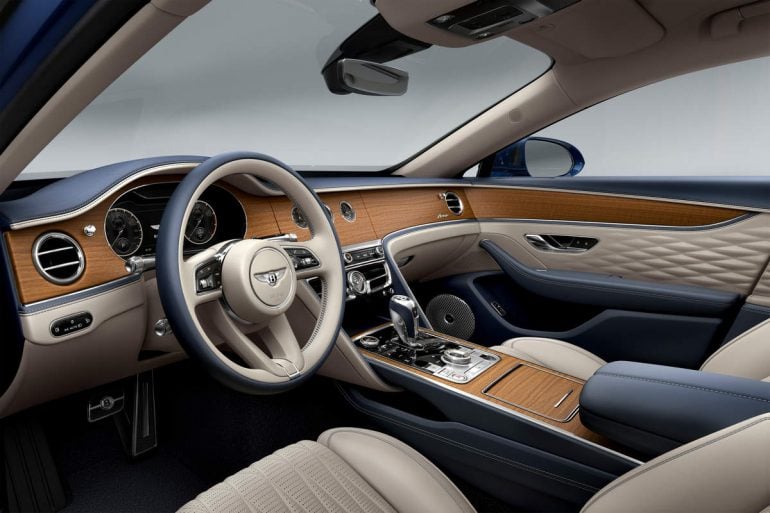 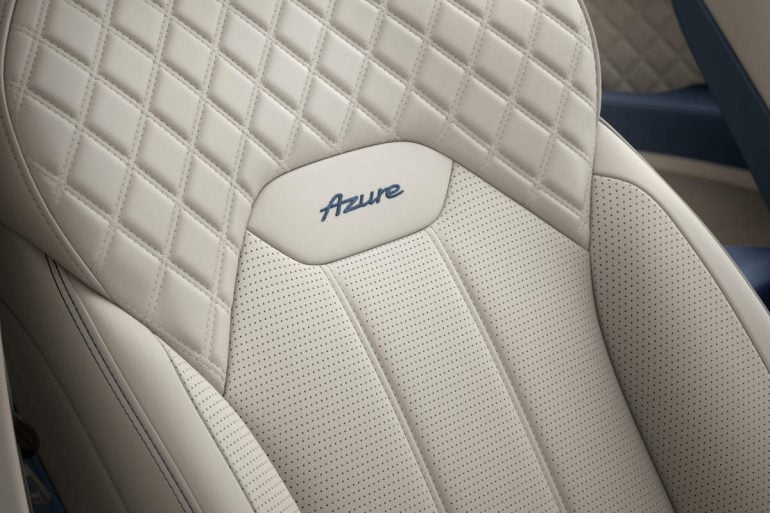 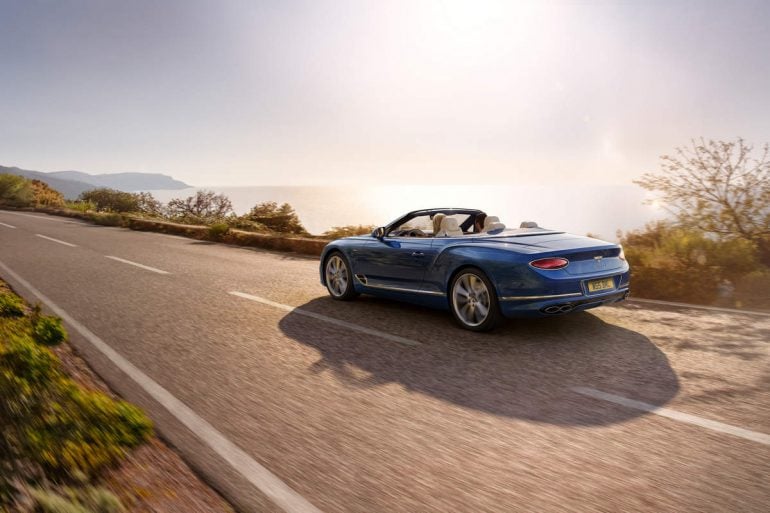