Looks like Swedish boatbuilder Candela has had a busy year dishing out one ferry after another. The year began with a bang and what was dubbed the fastest all-electric ferry in the world in March. In June Candela took pride in the hydrofoiling “flying boat” called the C-7. Candela’s C-7’s stunning successor is here already, and it’s a gorgeous 28-footer vessel. They look persistent in creating one marvel after another, which is why a bigger and better version was launched. The C-8 claims to have the longest range of any electric boat in history thanks to a larger 44-kWh battery pack, and an improved performance of the hydrofoiling system. 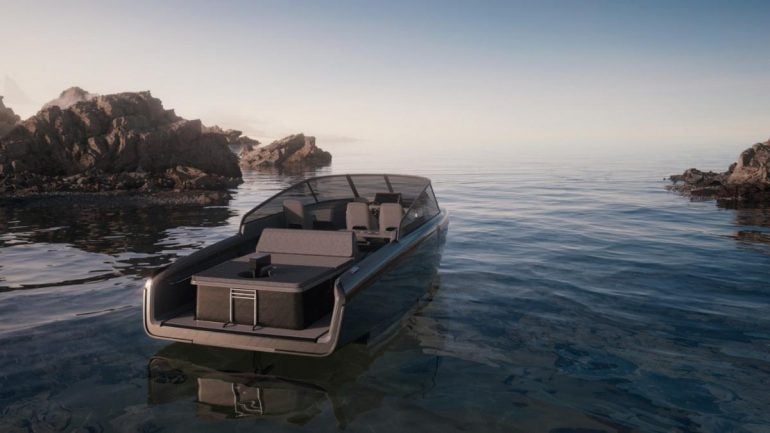 With C-8, the makers intend to mass-produce their latest offering as opposed to C-7. Candela’s founder and CEO Gustav Hasselskog explained, “With the C-7, we demonstrated that our hydrofoil technology not only allows for long-range electricity but also provides a better experience than conventional boats. Thanks to our hydrofoil system, you get a smoother, nicer ride. However, the C-7 was more like a hand-built sports car, never intended for volume production. With the new C-8, we’re pushing the technology to the next level, and at the same time focusing on making a boat that has all the comfort you would expect while designing it for efficient mass production.” 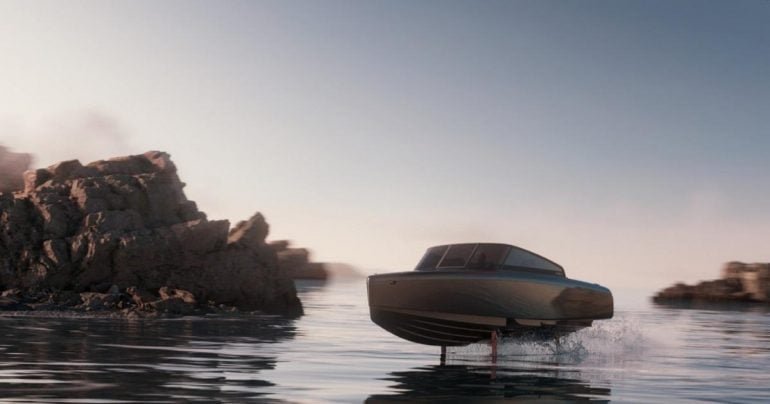 Even with a size that doesn’t match up to the luxurious megayachts spotted on the high seas, C-8 does well for itself. It can manage to accommodate eight passengers in the cockpit, a large sunbed, a roomy cabin with a four-person sofa, beds for two adults and two children, and a freshwater shower and marine toilet. That’s an awe-inspiring feat displaying such a clever use of limited space. Candela C-8 can go over 56 miles before it needs charging, proving its forte as the longest range of any electric boat ever produced.

With advancements in technology, no one could’ve avoided an increase in the price tag either. While the predecessor, C-7, sold for $240,000, the C-8 that is 31 inches longer sells for nothing less than $339,000. The company is now accepting reservations for the C-8 and expects to begin production in January 2022.

Tags from the story
Boat, Electric