The city of Dubai never ceases to surprise, especially when it comes to exotic automobiles. When the city’s police department itself maintains a fleet of ultra-exotic cars including a Bugatti Veyron and a Lamborghini Aventador, you can expect even something as mundane as the electric carts used at the airports to be special. Well, an operator of a private jet terminal in the United Arab Emirates (UAE) has become one of the first ones to get delivery of a Bugatti Baby II and will reportedly be used for private transfers to VIP sections of the Al Maktoum International Airport in Dubai. Bugatti released pictures of the highly customized Baby II which is crafted out of carbon fiber and is priced at $71,000. 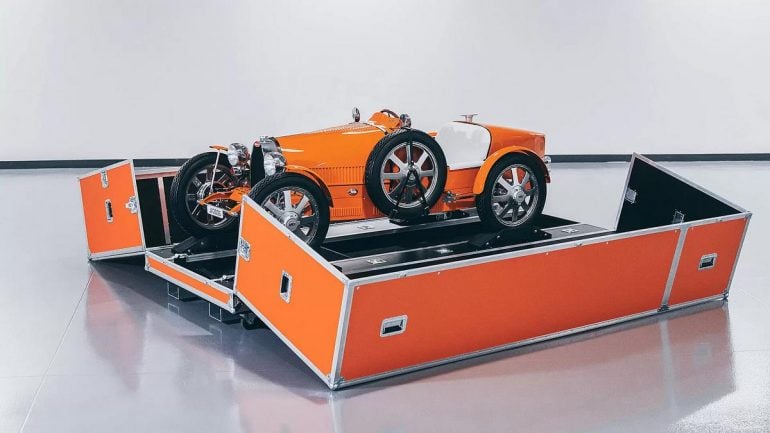 The Bugatti Baby II is a scaled version of the iconic Type 35 race car and it is powered by an electric motor. The one that has made its way to Dubai is a Vitesse version, which slots between the Base and Pur Sang models. It is finished in a special exterior paint called Jetex Orange, which was developed especially for this example. The example also is equipped with the Touring Pack, which includes LED headlights, brake lights, mudguards, fender package, and upgraded wiring harness/loom. The toy car also features a personalized number plate, custom reflective chrome logos, premium leather seats, and a hand-built transport case. It also comes with a ‘speed key’ that can be used to unlock the full power of the electric powertrain. 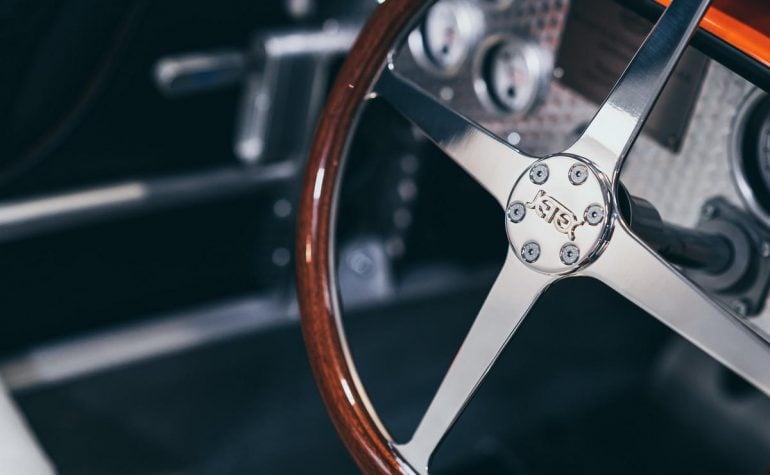