At last, after numerous renderings, spy shots and leaked photos, 2015 Ford Mustang has been finally unveiled through official images released by the company. Though a lot of information including the final performance figures is yet to be confirmed by Ford, but at least we finally know what the new generation Mustang looks like. The 2015 Mustang was launched at 12 AM today as promised by Ford Motor Co. but it was marred by numerous leaks in the past 24 hours. Arguably the most iconic car of Ford, the 2015 Mustang marks the 50th birthday of the sub-brand and was launched at simultaneous launch events in New York, Los Angeles, Shanghai, Sydney, Barcelona and its hometown of Dearborn. It is the latest global model developed under the ‘One Ford’ plan and will go on sale with right-hand drive in certain markets for the first time in more than four decades. “We did not design a global Mustang. We designed a Mustang and took it global,” said Dave Pericak, Ford’s chief engineer. 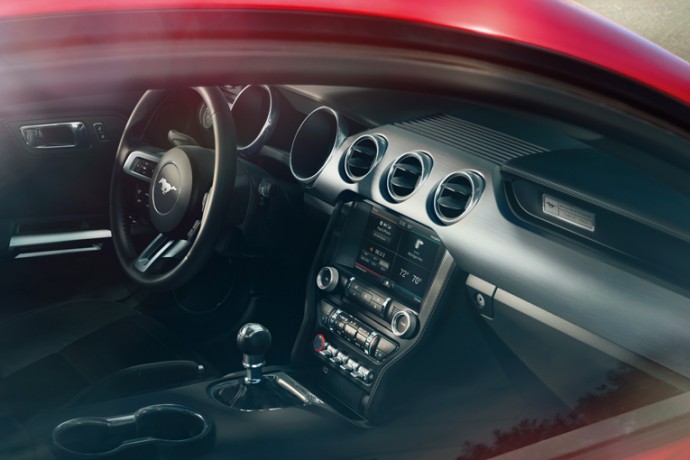 Much prior to the launch, industry specialist rumored the new Mustang to deviate quite substantially from its original design philosophy to adopt a more modern outlook. The last time Ford gave the Mustang a modern makeover was with the fourth generation and it was a disaster. But this time, Ford has fused the original design DNA with modern aesthetics, and it looks quite good. The new car comes with plenty of cues from the old like the long hood and the sloping fastback but just about everything has got a fresher-looking modern makeover including the trapezoid front grille which looks similar to the ones on Fiesta and Focus. The 2015 is lighter, sleeker and wider than its predecessor giving it a sportier appearance. The iconic front and rear lights have been truncated and sharpened to give the overall design an air of modernness. 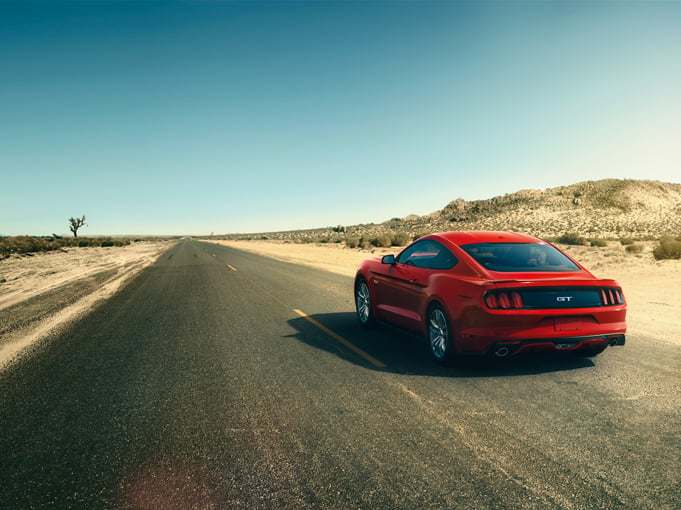 On the inside, the cabin might slightly appear to be similar to its predecessor but much of the painted plastics have been swapped with brushed aluminum. But the biggest difference comes in the form of independent rear suspension which will improve the handling and ride of the car. The Engine options that’ll come with the 2015 Mustang are 3.7L V6, 5.0L V8 and twin-scroll turbocharged 2.3L 4-cylinder EcoBoost. The GT will have more than 420hp and 390 lb-ft of torque while the V6 will have at least 300hp and 270 lb-ft of torque and the EcoBoost is expected to have 305hp and 300 lb-ft of torque. The 2015 Mustang will be launched on April 17, 2014, exactly 50 years to the day the first Mustang was launched. Prices have not been confirmed as of yet. 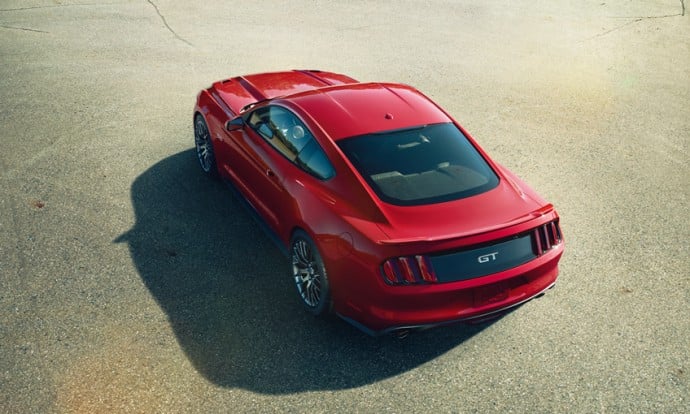 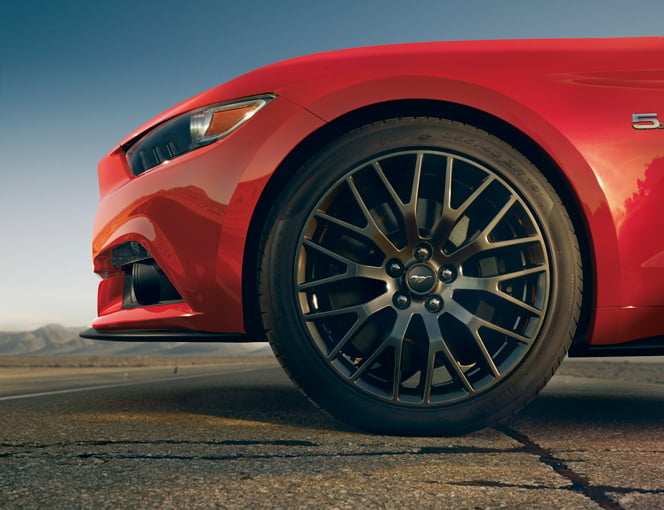 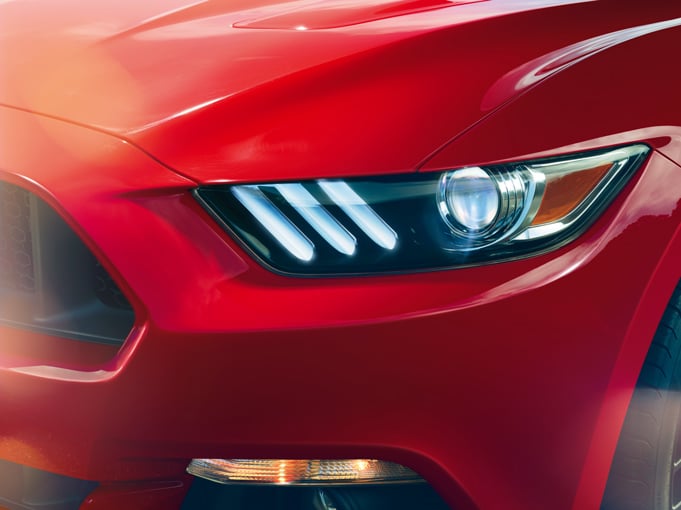 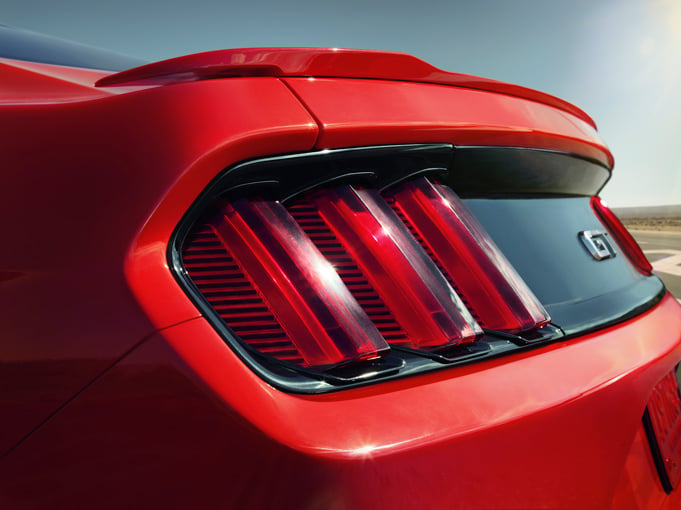 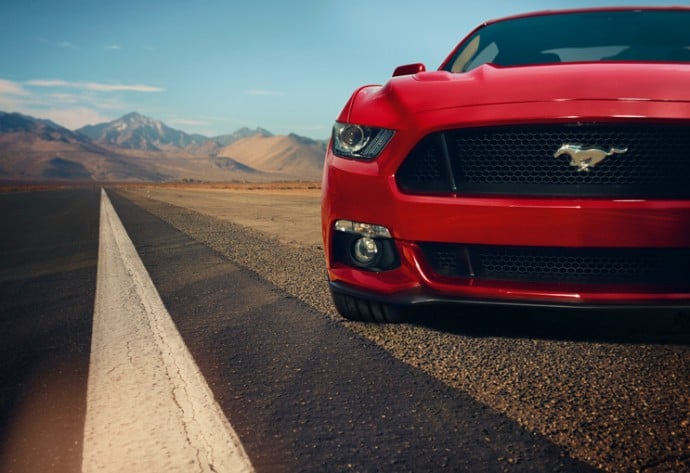 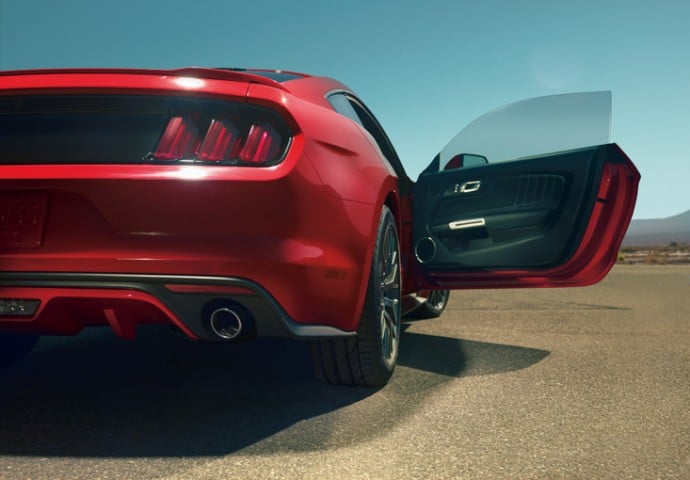 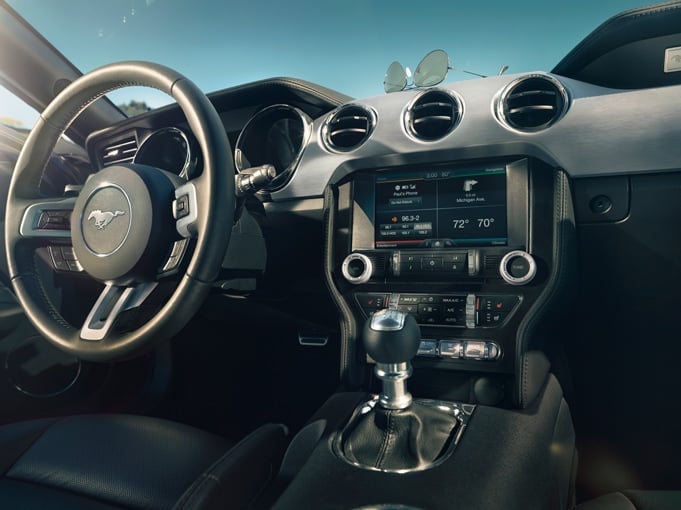 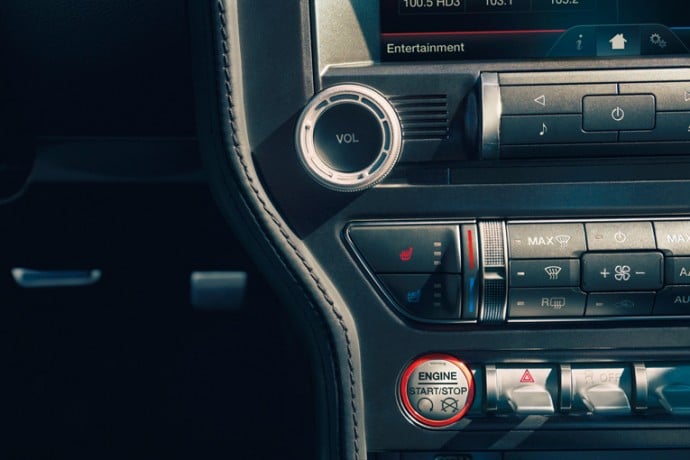 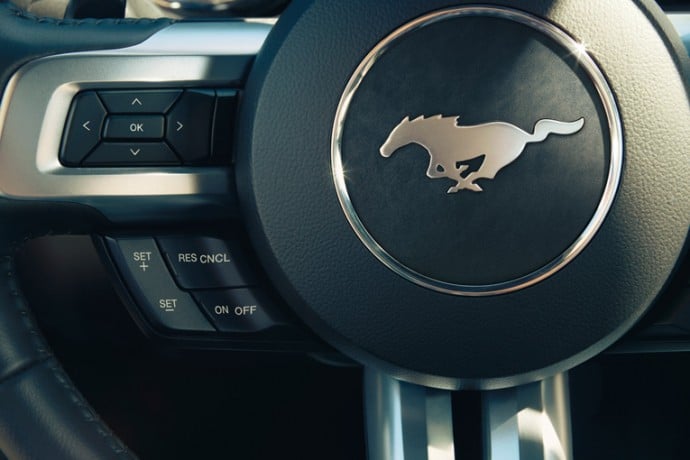 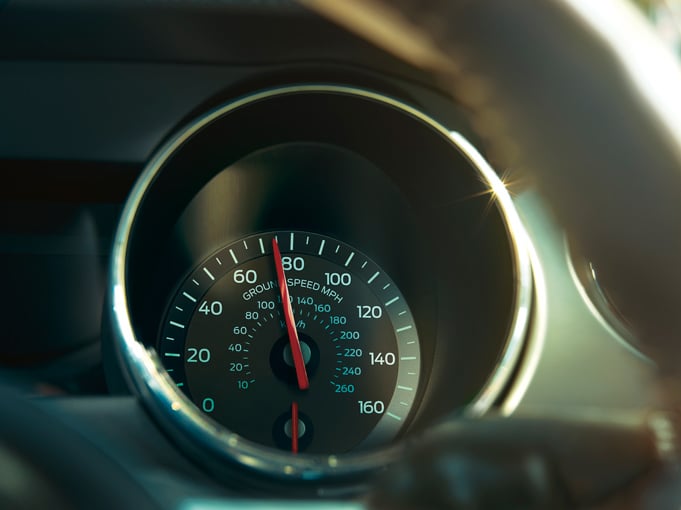