Mercedes-Benz is only a little more than a month away from revealing the EQS SUV and the German automaker has already started throwing in teasers of its advanced features to build hype around the flagship all-electric SUV ahead of its launch – a marketing tactic used by marque also for the current Mercedes-Maybach S-Class and the ESQ sedan. The beautifully appointed cabin of the 2023 EQS SUV has been revealed through a set of pictures that reveals the interior design hasn’t greatly changed from the ESQ sedan. It also prominently features the optional 56-inch MBUX Hyperscreen that debuted on Merc’s flagship EV sedan. The massive display spans the entire length of the dashboard, which makes the cabin look like a cockpit of a futuristic spaceship. 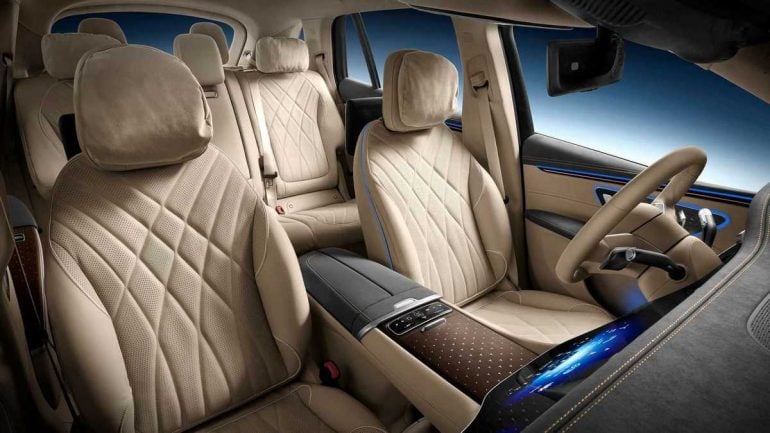 While none of the design elements or features visible in the pictures came as a surprise, Mercedes gave away an important bit of information that caught our attention. The German automaker said that the 12.3-inch OLED display in front of the passenger will be capable of streaming videos while the electric SUV is moving. Now that’s not an entirely new feature as Jeep already offers it in the Grand Wagoneer and Grand Cherokee. But Mercedes has baked in some safety components into the feature so that it doesn’t end up distracting the driver. 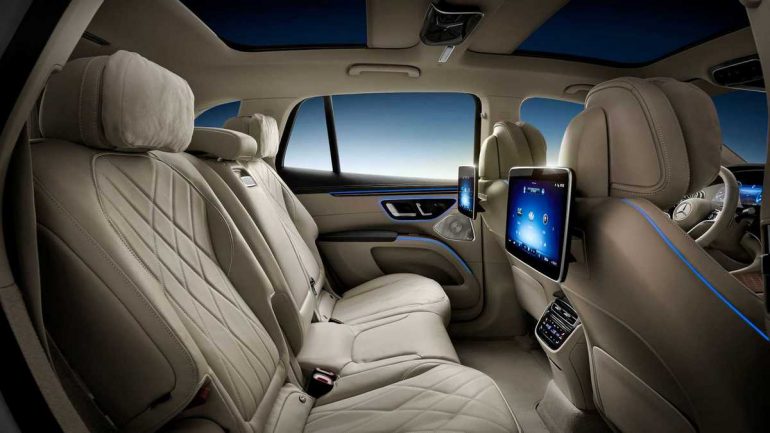 Not only will the passenger have to use a headphone while watching videos on the screen, but the EV’s intelligent system will also dim the display if and when it catches the driver looking at it. 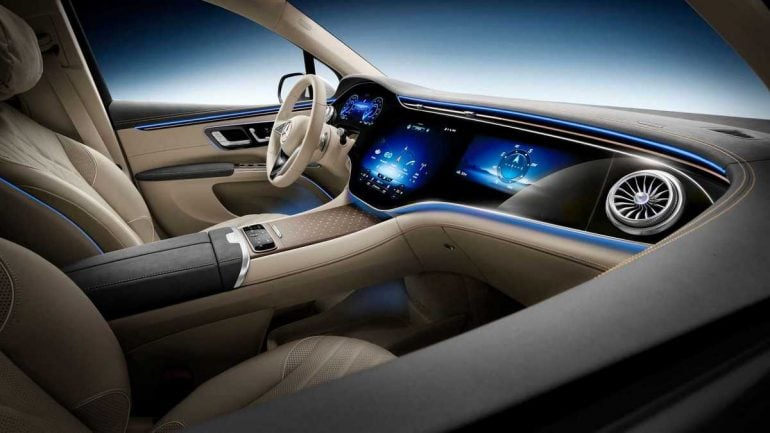 The driver monitoring system will constantly track the eyes of the driver to detect distractions. Since the needed componentry is also available in the EQS sedan, we’re wondering if the feature can be added with an over-the-air update? Mercedes is yet to confirm. The 2023 Mercedes-Benz EQS SUV will debut on April 19 and we expect to get more information on the electric SUV closer to the launch. 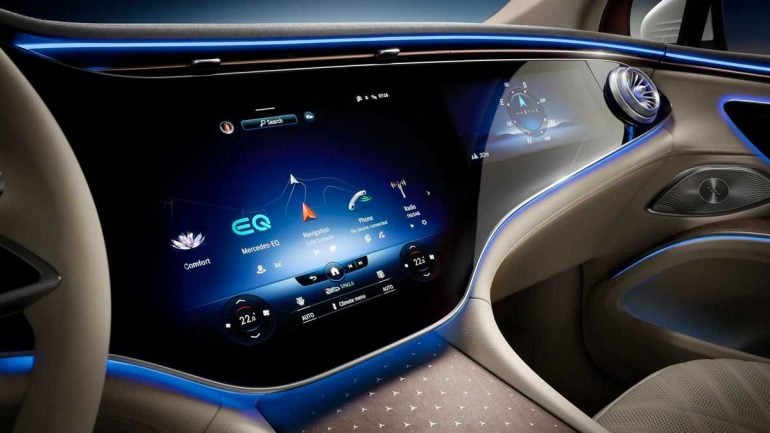 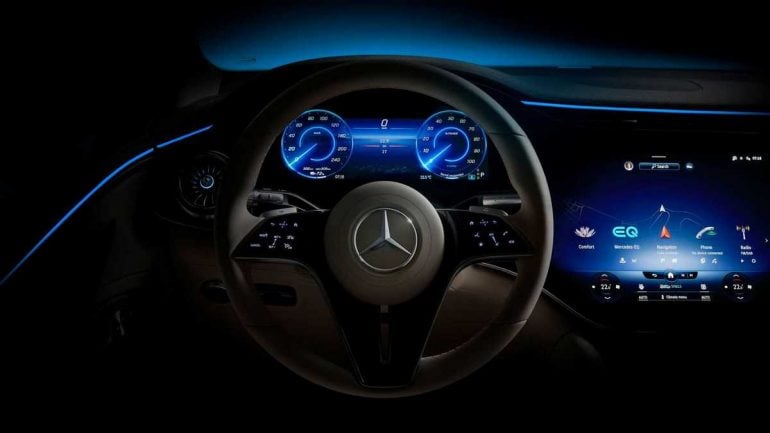 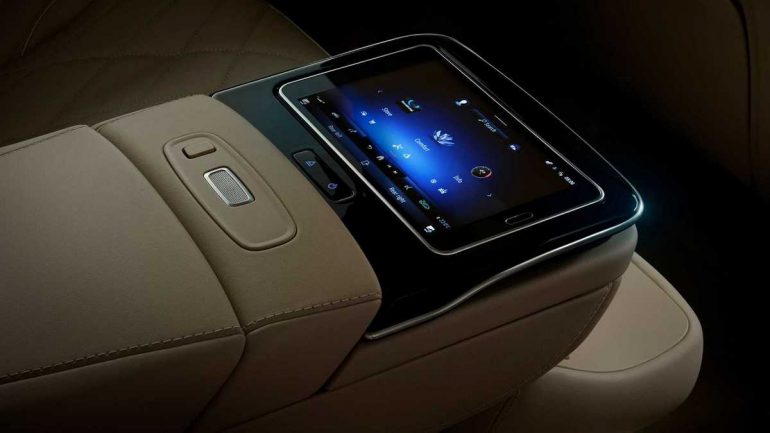 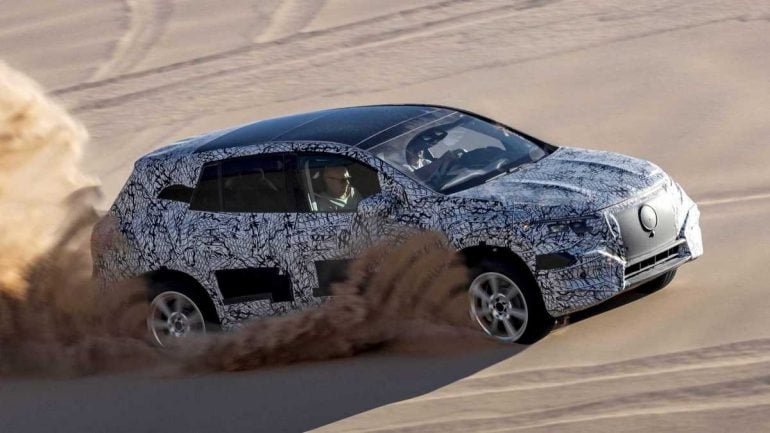 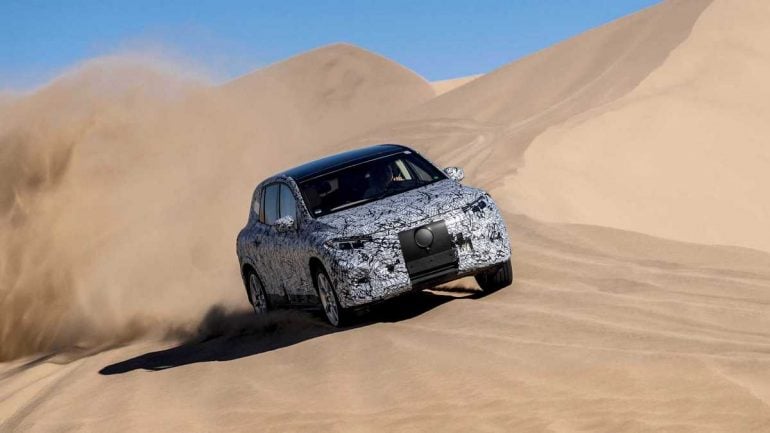 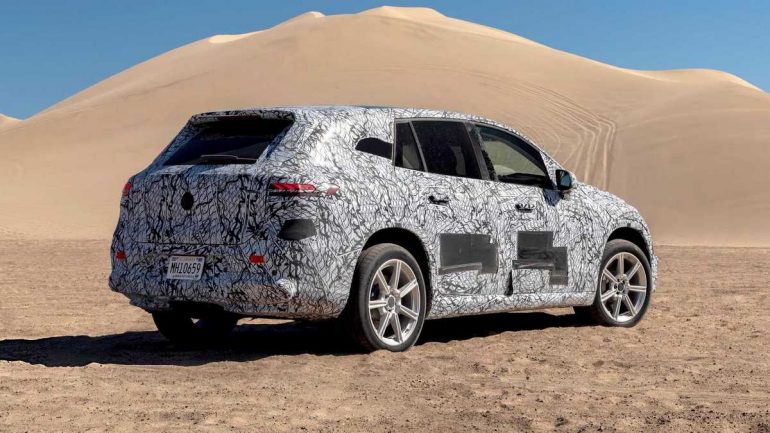 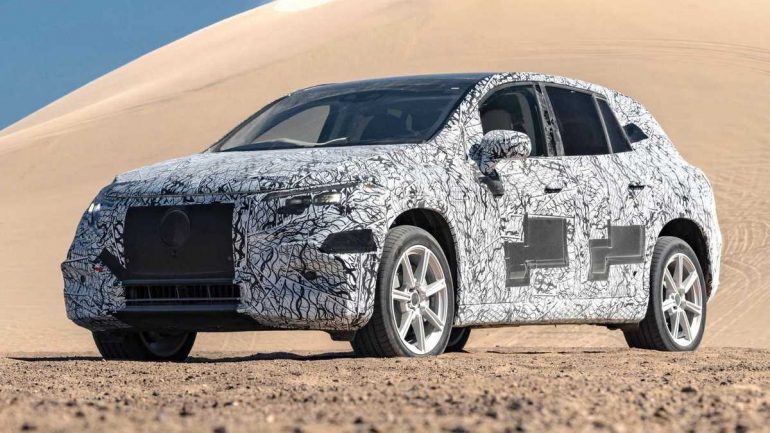