Mercedes-Benz has finally lifted the veil off the highly-anticipated EQS battery-electric car marking its entry into the luxury electric game. The top tier of the electric car market is relatively empty at the moment and dominated by Tesla Model S; however, Mercedes has plans to set a new standard in the segment with the most cutting-edge car it has ever created. While ahead of the launch, the German automaker teased some of the outstanding features that were set to debut with the EQS, including the massive MBUX Hyperscreen and the HEPA filtration system. But it turns out Mercedes had saved the best for the official launch. Surprising everyone, Mercedes announced that the futuristic EQS will offer an estimated WLTP range of 478 miles, which is more than any other electric car on sale currently. Just to put that into context, the current Tesla Model S Long Range offers 412 miles in the WLTP test, while the Porsche Taycan comes nowhere close with a claimed maximum WLTP range of 287 miles. 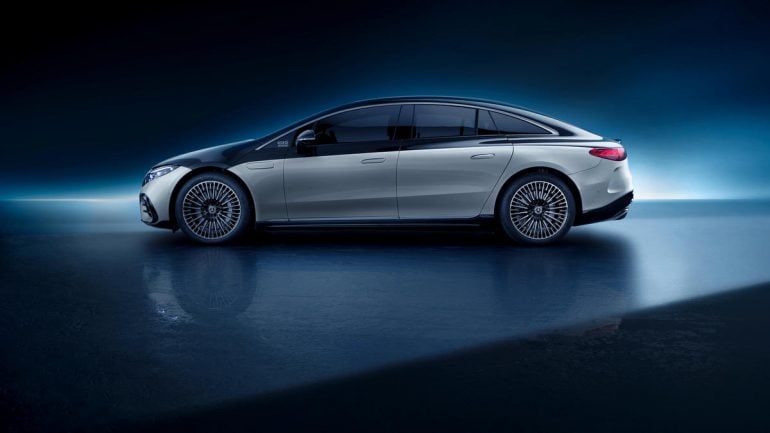 Mercedes has managed to attain the headline-grabbing EV range with the help of a huge 107.8kWh battery. But there’s another thing that is also responsible for the market-leading range for the EQS. Mercedes claims the EQS has a drag coefficient of just 0.20, which is again better than the Tesla. However, the only downside of that super-slippery construction of the luxury EV comes in the form of its rather unimpressive design. Looks is a purely subjective matter, but no one can deny the EQS isn’t a very good-looking car. The styling of the car might remind you of the eighth-generation Honda Civic, only much worse, despite the fact that Mercedes has tried had to mask the dull design with some futuristic styling elements like the headlight and tail lamp designs. Nevertheless, the EQS makes Tesla’s soul-less design language look attractive. 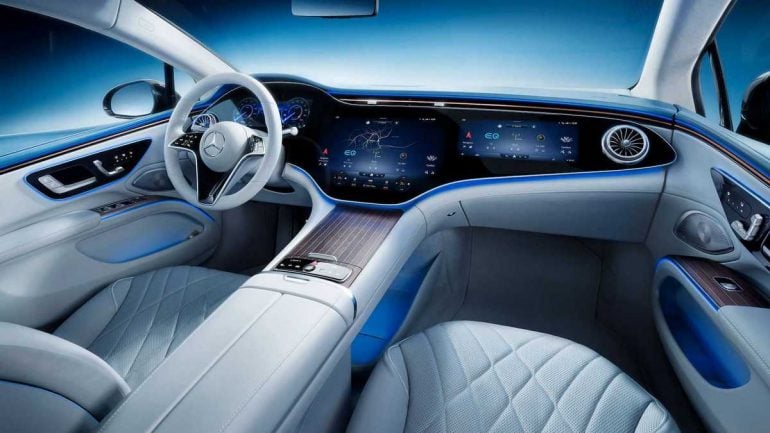 But’s on the inside where the EQS just demolishes its competition and we are hardly surprised. Mercedes is known for its top-quality interiors and the EQS is no different, but the German manufacturer has matched the luxurious cabin with technologically advanced features that are completely new. The centerpiece is the MBUX Hyperscreen that not only pushes the envelope of innovation with its unique design but is also properly smart. While Tesla’s cabin has the aesthetic quality of something that has been designed by tech geeks, the interior of the EQS looks like a futuristic rendition of the S Class. The only thing that comes close in terms of the luxury quotient is the Porsche Taycan. 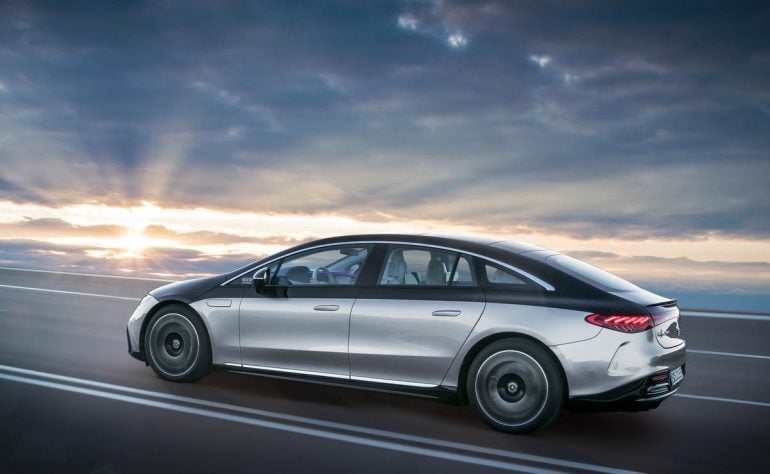 The 2022 Mercedes EQS will be available in two trims. The base EQS 450+ model gets a single electric motor on the rear axle for a total of 329 horsepower and 406 pound-feet of torque. The EQS 580 4MATIC has a dual motor setup providing an all-wheel drive and an output of 516 hp and 611 lb-ft. This is where the Tesla Model S beats the Mercedes with its blistering performance. While the range-topping Mercedes EV can do the 0-60mph sprint in a respectable 4.1 seconds, the new Tesla Model S Plaid beats everything with a 0-60 time of 1.99 seconds. The outright acceleration still remains the party piece for all Tesla models. 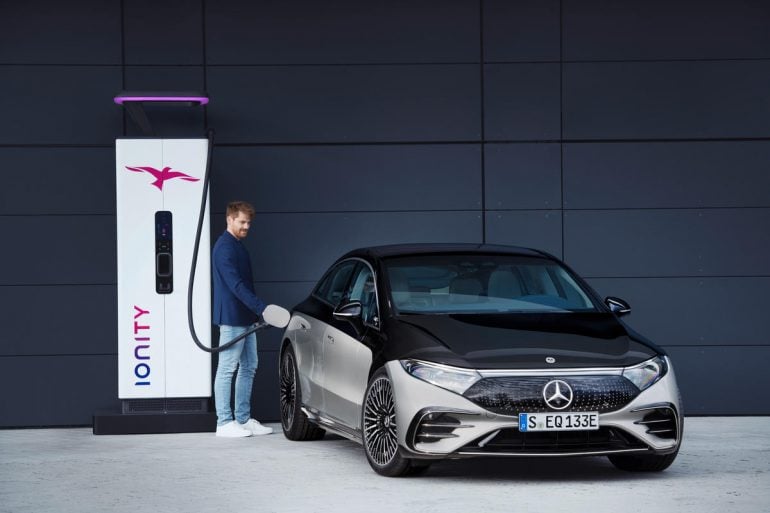 The other thing that really helps the American electric car manufacturer is its massive network of electric chargers in the US and Europe. Both the variants of the EQS are powered by the same floor-mounted 107.8kWh battery pack. Mercedes says the EQS can recharge from 10 to 80 percent in just 35 minutes via 110kW DC fast charging, and add up to 188 miles of range in just 15 minutes. A 240-volt household wall charger can charge the EV in just over 11 hours. The 2022 Mercedes-Benz EQS will arrive at US dealerships later this year. The pricing is yet to be announced, but it is expected to be close to that of the S-Class, which means a starting price of around $110,000. At that price, the Mercedes-Benz EQS will be incredible value for money, especially considering all the tech it features and its industry-leading range.