Italian motorcycle manufacturer Ducati’s standout feature is its 90-degree L-twin motor, an engine layout the company has exclusively used and stuck to for decades. With the launch of their newest flagship offering, Ducati has for the first in its history used a four cylinder engine in a production motorcycle. Meet the Panigale V4, the top-of-the-line Ducati superbike unveiled at the 2017 EICMA Motorcycle Show. Replacing the legendary 1299 Panigale, the new motorcycle is powered by a 4-cylinder 1103 cc engine with a 90° V cylinder layout and carries a lot of tech and engineering from the MotoGP Desmosedici adopted for street use. 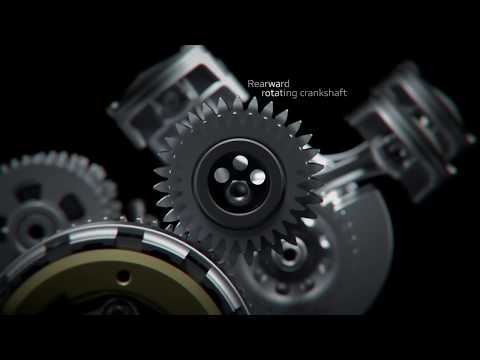 Three versions of Ducati’s supersport bike are available for purchase: the base Panigale V4, the Panigale V4 S and the range-topping Panigale V4 Speciale. The base V4 and the S version both produce 214 horsepower at 13,000 rpm, as well as 91.5 lb of torque at 10,000 rpm, with the S version tipping the scale at 2.2 lbs lighter than the range-starting variant. The even lighter V4 Speciale, on the other hand, has 226 horsepower on tap thanks to an Akrapovic titanium exhaust. To differentiate from the other two versions, the top model wears a unique three-color livery and only 1500 units will be made available across the world. There is no word on the pricing of any of the Panigale V4 versions as of yet.

Tags from the story
Bike, Ducati