It was only a matter of time before Porsche created a hardcore electric race car given its rich history in motorsports and a growing push to electrify its entire range. Behold the Porsche Mission R Concept, an all-electric track-only race car that is claimed to possess 911 GT3 Cup-matching track performance. The German automaker revealed the concept at the 2021 IAA show in Munich to showcase its vision for a future zero-emissions race car built from sustainable materials. In terms of design, the Mission R looks like an amalgamation of the 911 GT3 Cup car and the Taycan EV. The electric race car is similar in size to the 718 Cayman, but is much wider and sits considerably closer to the ground.

The aero elements on the Porsche Mission R are wild, to put it mildly. It wears a massive two-section wing at the back along with a huge diffuser and a tiny rear bumper that doesn’t even cover the rear tires. The race car also gets plenty of active aero components, including three louvers in each of the two side air intakes on the nose section. The body of the Mission R is made from natural fiber reinforced plastic (NFRP), which can also be found inside the cabin. Instead of a heavy roll cage, it gets a carbon fiber composite cage that is integrated into the structure of the car. 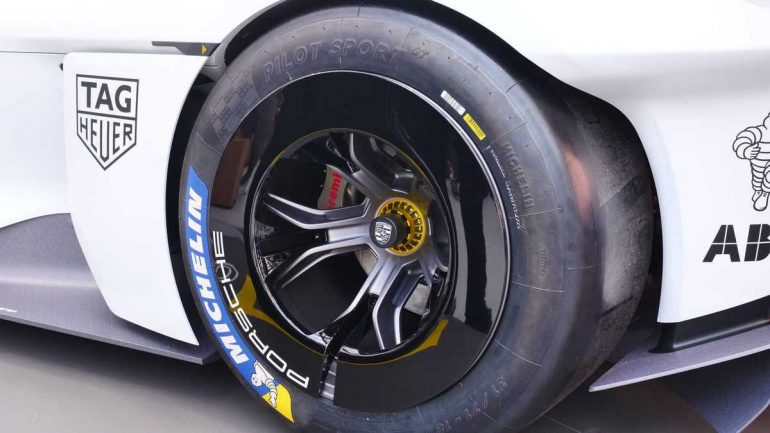 As far as the specifications are concerned, the Porsche Mission R is powered by a pair of electric motors that give it all-wheel drive. Porsche says it gets a total of 1073 horsepower in the “qualification mode,” while the race car delivers a consistent 671 horsepower in the “race mode.” The electric race car is equipped with an 80.0-kWh oil-cooled battery that can recharge from 5 to 80 percent in just 15 minutes thanks to its new 900-volt system. Porsche goes on to claim that it can sprint from zero to 62 mph in less than 2.5 seconds, reach a top speed of more than 186 mph, and can match the lap times of a current 911 GT3 Cup. Although the Porsche Mission R is just a concept, it hints at the all-electric direction of Porsche’s future customer racing vehicles. 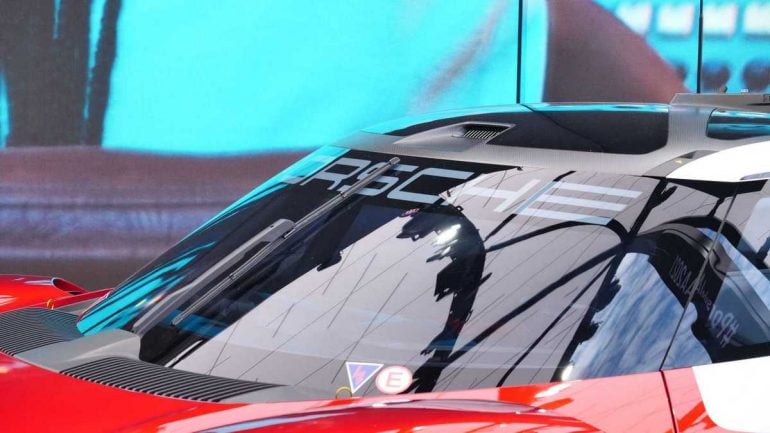 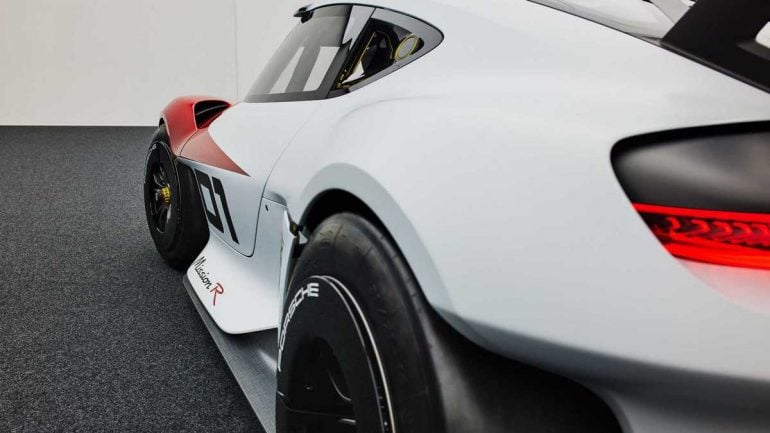 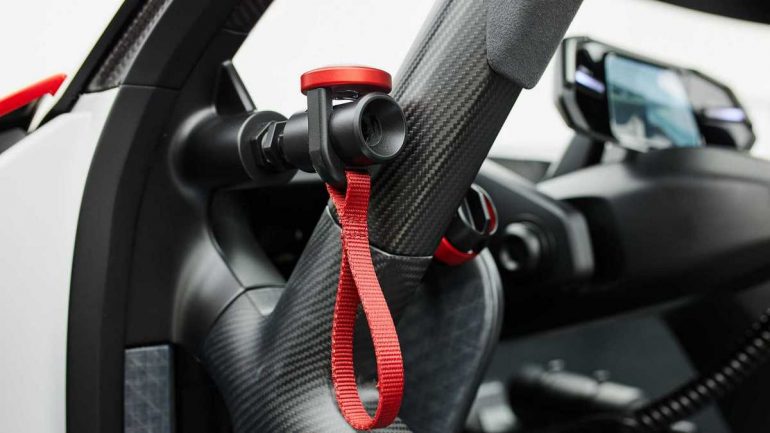 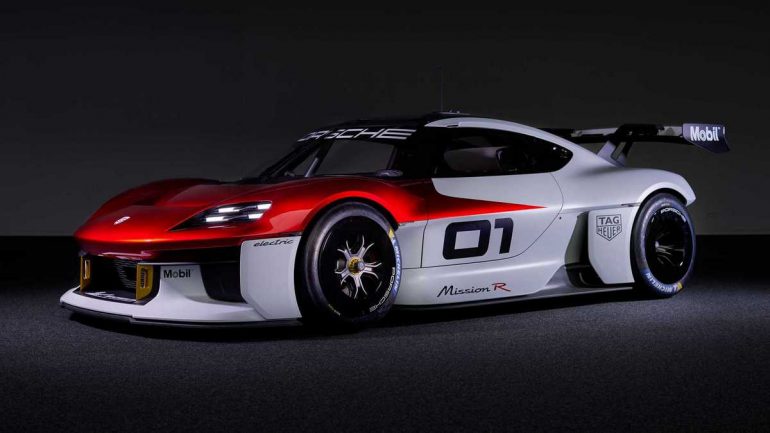 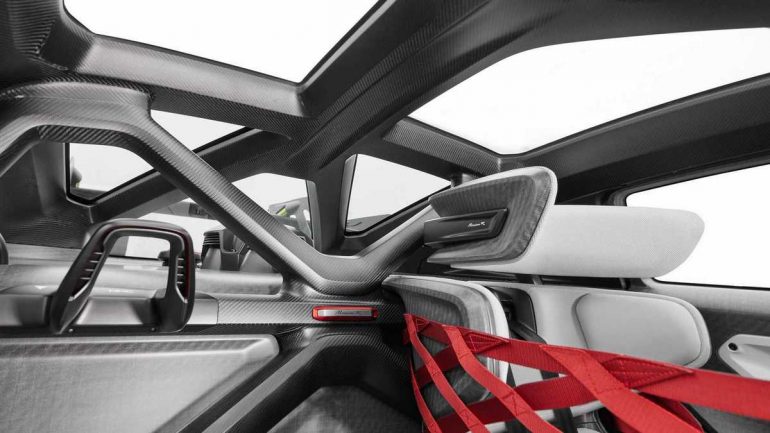 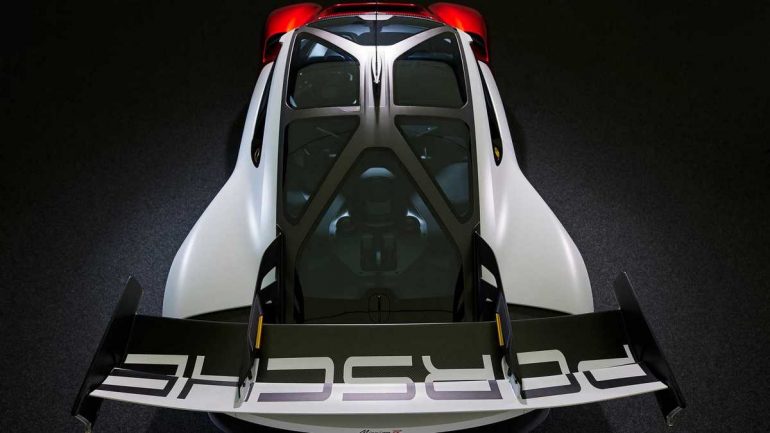 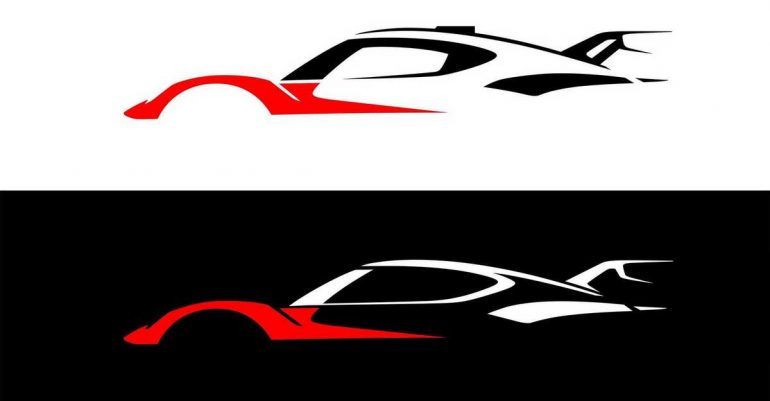 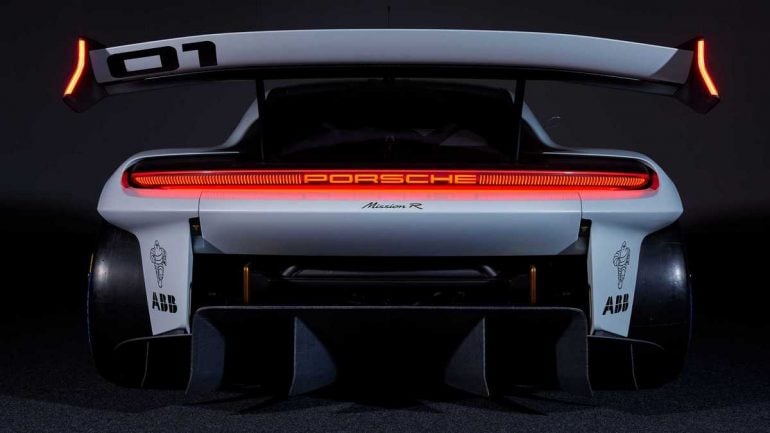 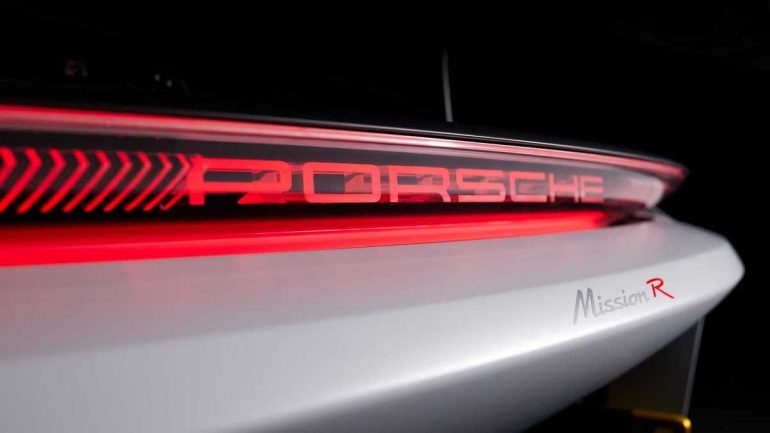 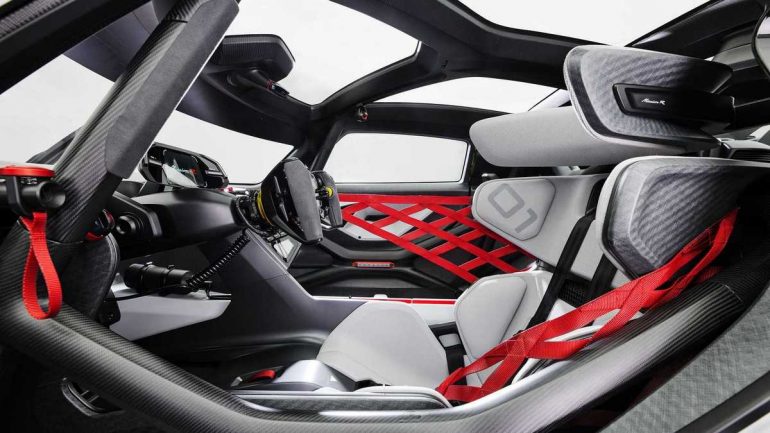 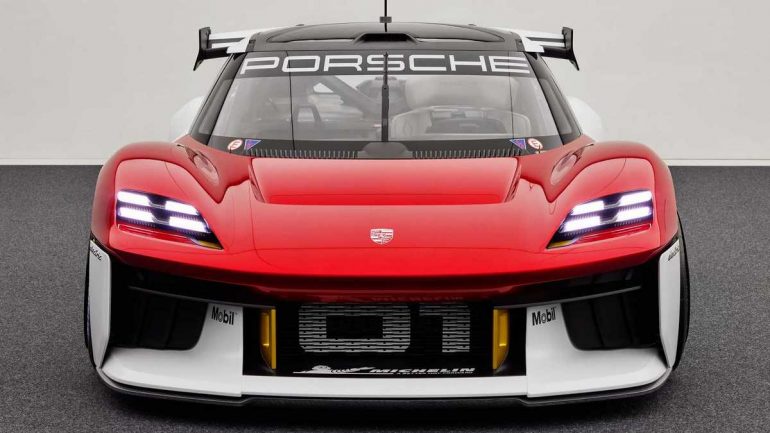 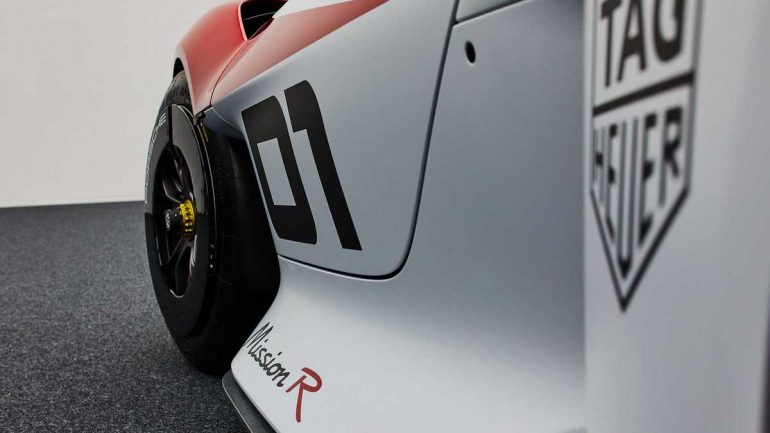 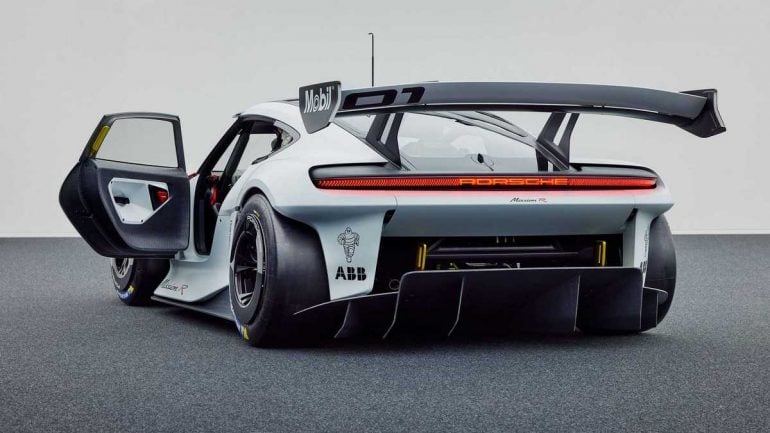 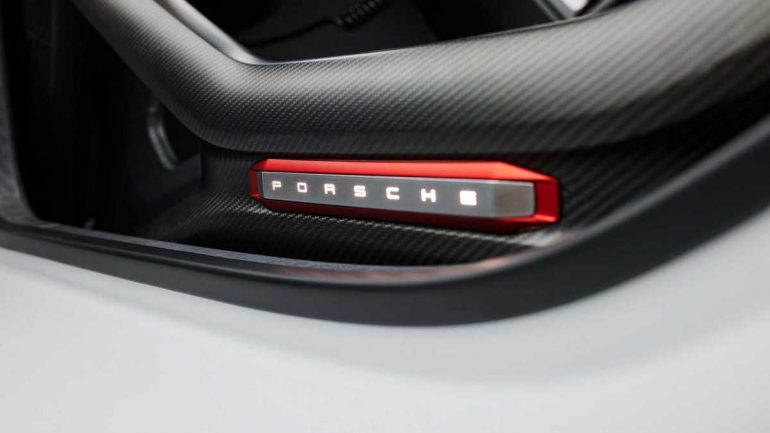 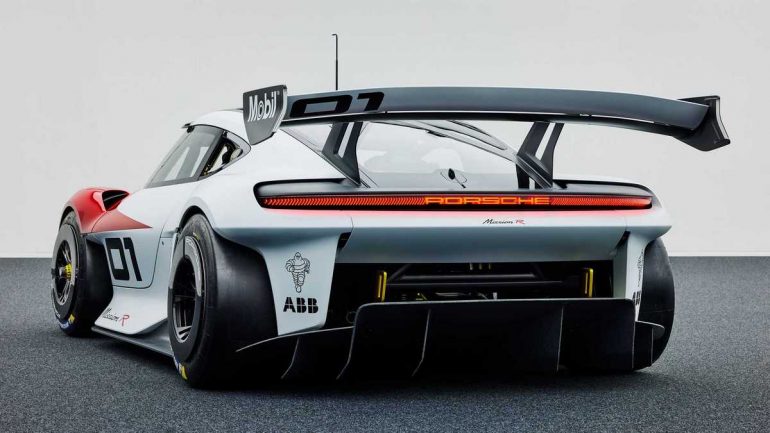 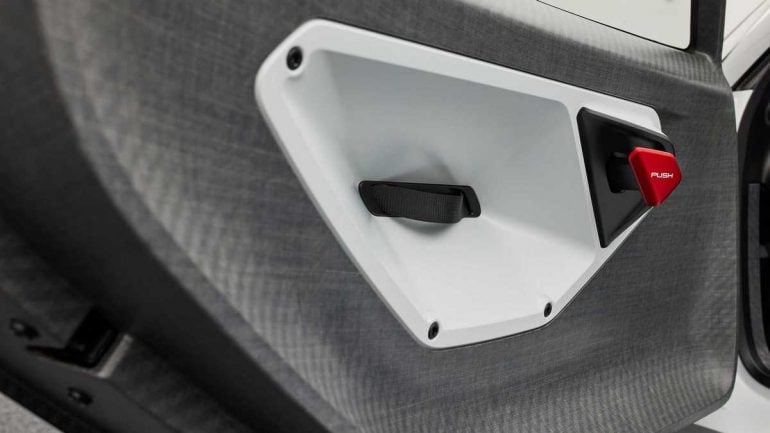 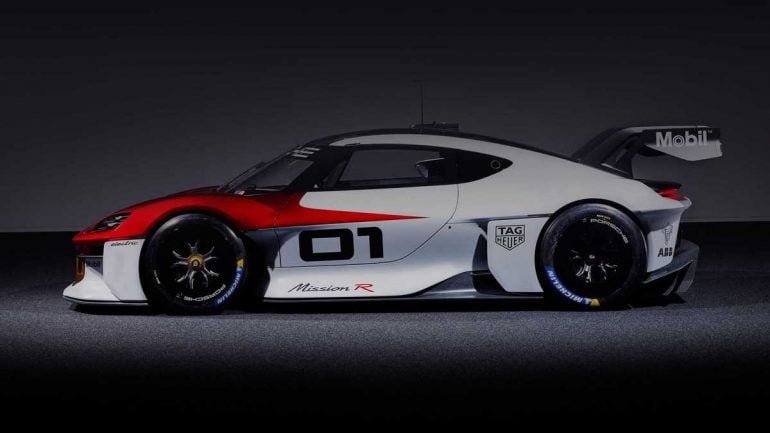