For the rich and famous, exclusivity and flamboyance, hold great importance in their lives. Rolls Royce has introduced a new bespoke collection, based on its Phantom model, that achieves a new level of exclusivity altogether. Named the Rolls-Royce Phantom Limelight Collection, it has been created for those who spend their lives in the public eye and on the world stage. “Its name was inspired by the origin of a British invention which became synonymous with fame. The limelight effect was originally discovered in the 1820s by Sir Goldsworthy Gurney, a prototypical British gentleman scientist and inventor of the Victorian era,” the company says in its press release. 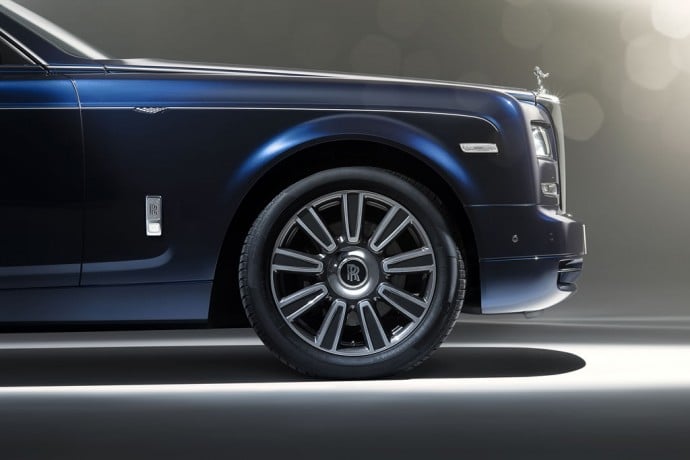 As for the car, Torsten Müller-Ötvös, CEO of Rolls-Royce Motor Cars, claims the designers have “delivered authentic luxury by thinking deeply about the lifestyles of the powerful people who operate in the public eye and move swiftly from engagement to engagement as part of their daily life. The result is a beautiful, discreet motor car in which those for whom the world is waiting can prepare, relax, and arrive in the finest luxury and style.” In terms of special treatments, the rear doors have been fitted with special compartments: on the ladies’ side, room for jewelry, on the men’s side, a concealed space for watches. Both sides have room for three fragrances in handmade bottles imported from France’s Bresle Valley: one each for morning, midday, and evening. 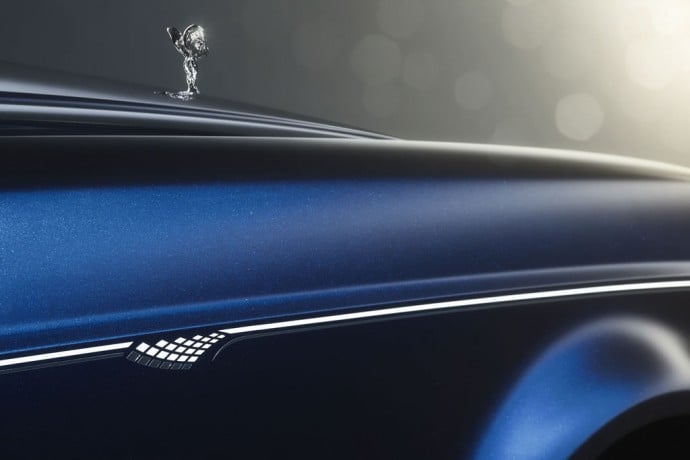 The Rolls Royce Limelight collection also introduces a new type of rear seat for the Phantom, which according to the automaker has been optimized for relaxation through consultation with medical professionals, featuring a motorized calf rest, a 27-degree incline, and foot rests that pop out of the car’s floor. Another first for Rolls-Royce Phantom and exclusive to Limelight is a two-veneer finish. The bespoke clock in this edition draws influence from the rich Gala Blue paint exterior and the diamond motif design that runs throughout the collection. Offered in two color schemes, the Light Limelight features Seashell with Navy Blue Contrast Leather and Seashell tone-on-tone stitching, whilst the Dark Limelight sports Navy Blue with Seashell Contrast Leather and Navy tone-on-tone stitching. Only 25 Roll-Royce Phantom Limelight cars will be made to maintain its exclusivity and its priced at $650,000 for the US customers.