Driving a high-performance car recklessly on public roads is never a good idea; even the smallest mistake could easily lead to something very serious, endangering a lot of lives. A first-generation Ford GT speeding through Beverly Hills in Los Angeles lost control and ended up crashing into multiple vehicles on last Saturday. The impact was so great that the 550-hp supercar was split in half. According to Road & Track, at least two people were seriously injured in the accident and were immediately transported to a hospital. The extent of their injuries and others who were involved in the crash is still not known. The crash happened on Wilshire Boulevard in front of the Beverly Hills Plaza Hotel & Spa, in the Westwood neighborhood of LA. Multiple 911 calls were made reporting the gruesome crash.

According to different accounts, the driver of the Ford GT lost control, which sent the super spinning. At least four vehicles were damaged in the incident, including an Alfa Romeo Giulia Quadrfoglio and a BMW X3. It is said that one person was even ejected out of the vehicle in the crash and was seen lying motionless in the street before emergency responders arrived on the scene. Several pictures and videos emerged on different social media platforms showing the extent of the damage. In one of the videos, firefighters can be seen extinguishing a blaze that engulfed the Ford GT. “The impact that tore the GT in half sounded like a bomb exploding; it shook our entire building,” said Frank Gagliano, a witness to the crash. “Before LAFD arrived, flames were about 20-feet high as the front end of the Ford GT burned and filled the air with dirty brown smoke.” 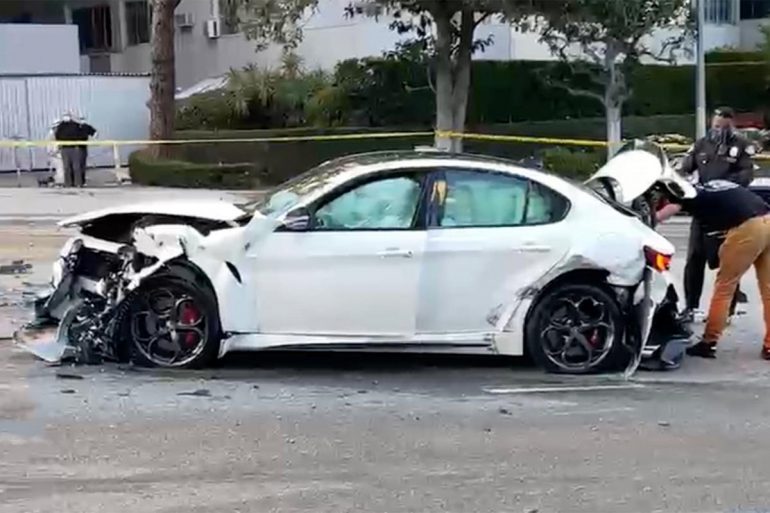 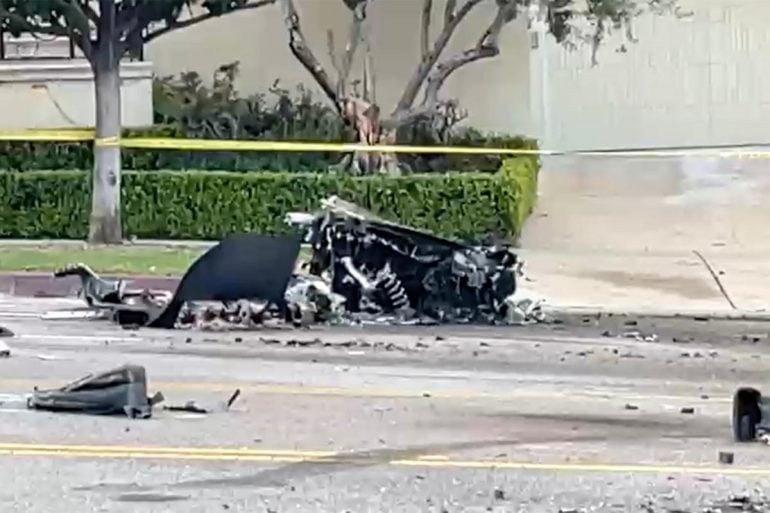 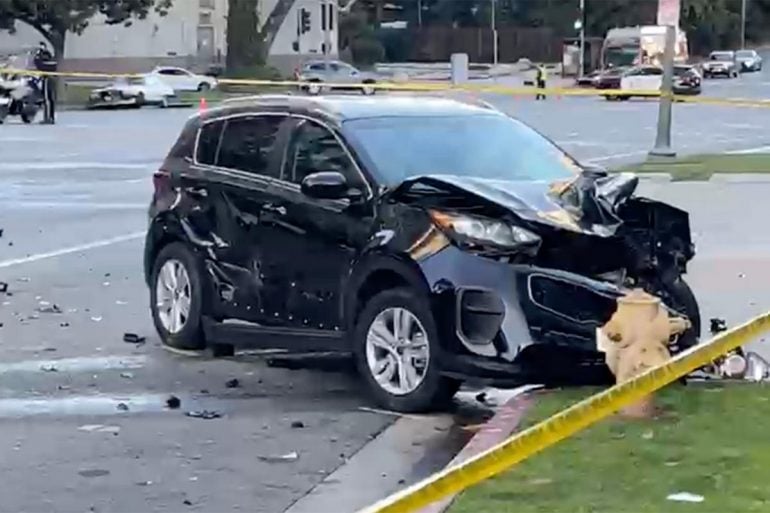 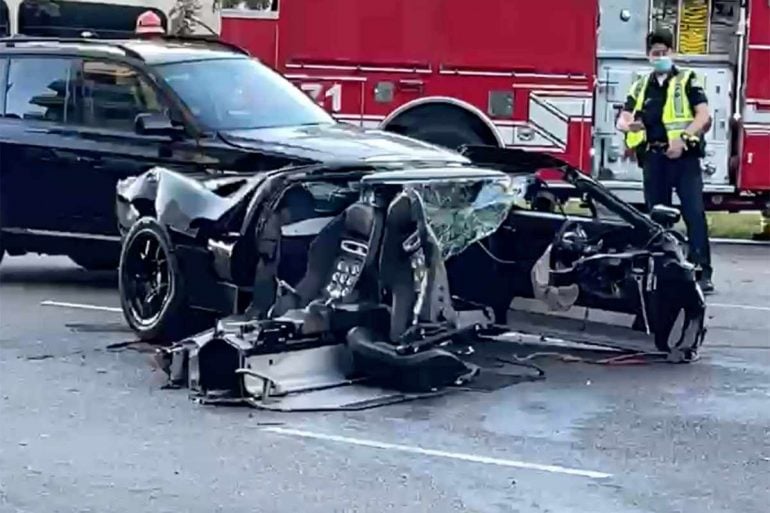 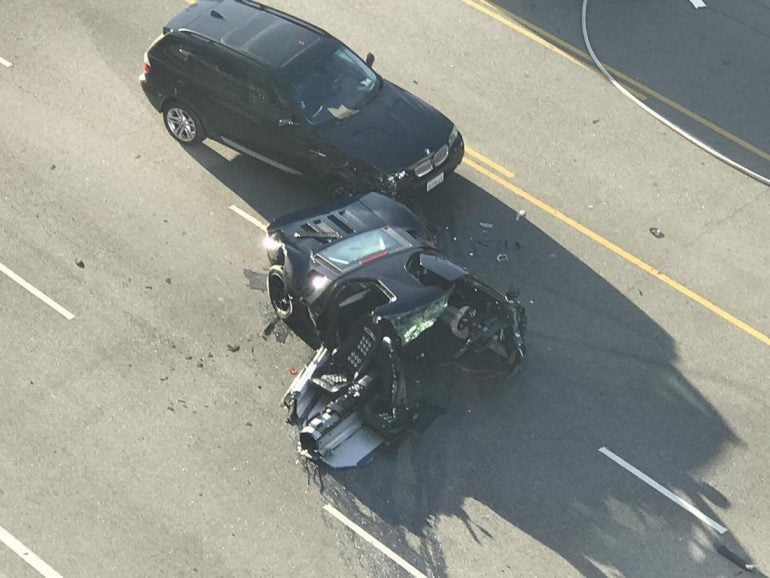 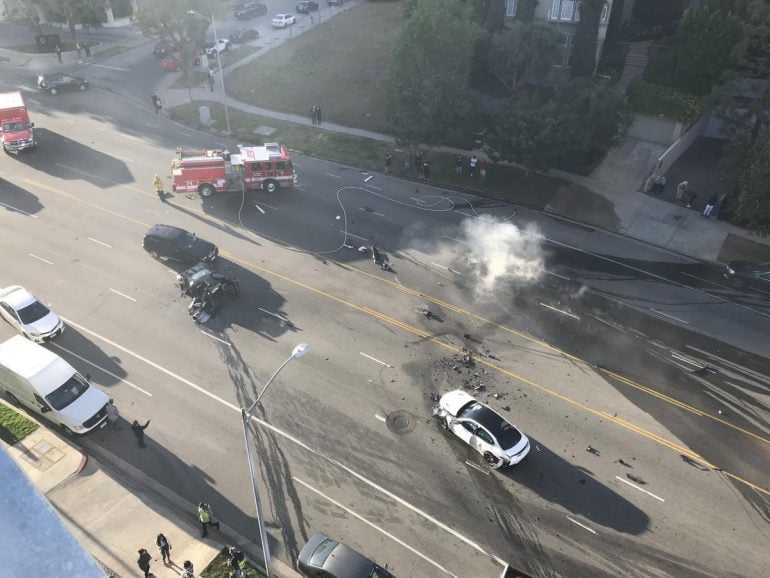 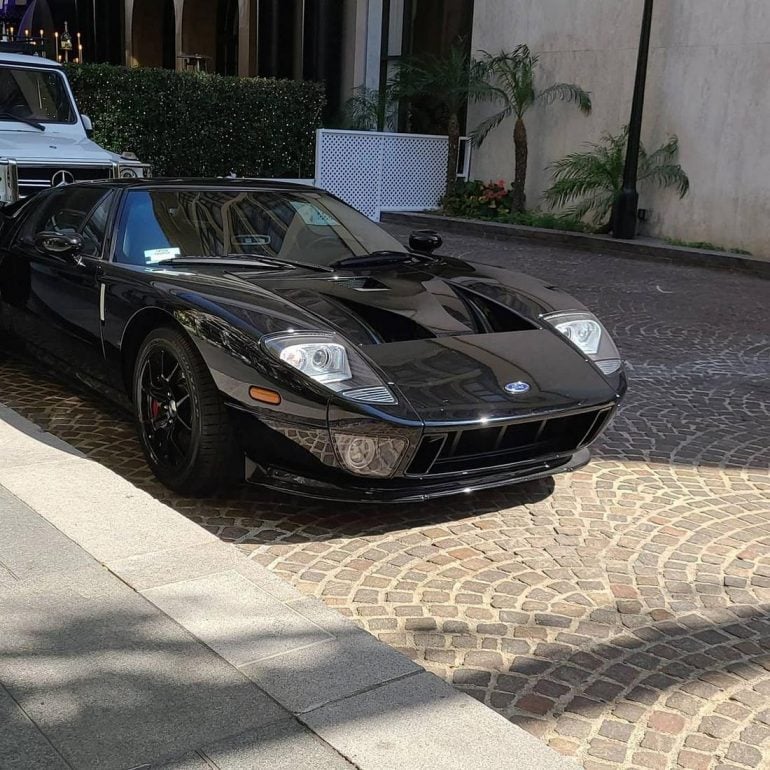