Shinkansens or Bullet trains are synonymous with speed, safety, comfort and above all punctuality. But now Japan railways would want their prized creations to be known for art as well. Yes, you heard that right, earlier in October last year Japan railways announced the ‘Genbi’ which translates to contemporary beauty. It would be a one of its kind Shinkansen which would be decorated on the outside and inside by works of contemporary artists, sculptors, and photographers. As stylish as it looks in the black paint, the color also offers a contrasting canvas which is further complimented by the absence of windows on one side of these special cars.


Currently undergoing testing and the special art train will run in the Echigo-Yuzawa region. The Genbi will be more like a mobile art gallery with public viewing areas and a cafe. It would be carrying 106 passengers a third of the usual number along the beautiful Japanese country side as they try to soak up the scenery on the outside and art inside. Early this week train enthusiasts were in for a pleasant surprise to catch a glimpse of the train from the outside at Sendai station. 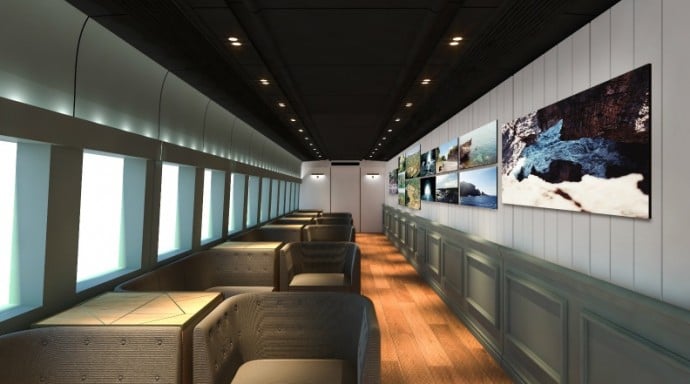 READ:  You can now have Mariah Carey sing to you on New Year’s Eve while staying inside a geodesic dome at New York’s Times Square

We are all desperate for a break – Here are 7 new…

From a palace in Mumbai to a mansion in London – Take…