Etihad Airways is one of those enterprises that likes to do things slow and steady to eventually win. When it was born in the UAE capital 13 years ago, travelers welcomed the demure yet cosy service with interest. The graph of growth has been one of the most impressive, clean chits in the region’s airline industry. In recent months, the airline has been on a roll – with enhanced services, facilities, branding, and achievements. While in December it celebrated the seventh consecutive year to win the World’s Leading Airline title at the World Travel Awards, 2016 started off with a win already – Airline of the Year 2016 – awarded by US-based aviation publication Air Transport World (ATW).

That said, here is now a look into the most luxurious airline in the world. Etihad Airways A380 is probably how the gods travel around the realms of the nether world. Luxury has been taken to new heights, and any more than this, there would be flying hotels and resorts circling the globe.

Enough poetry, this is what I have been singing about: 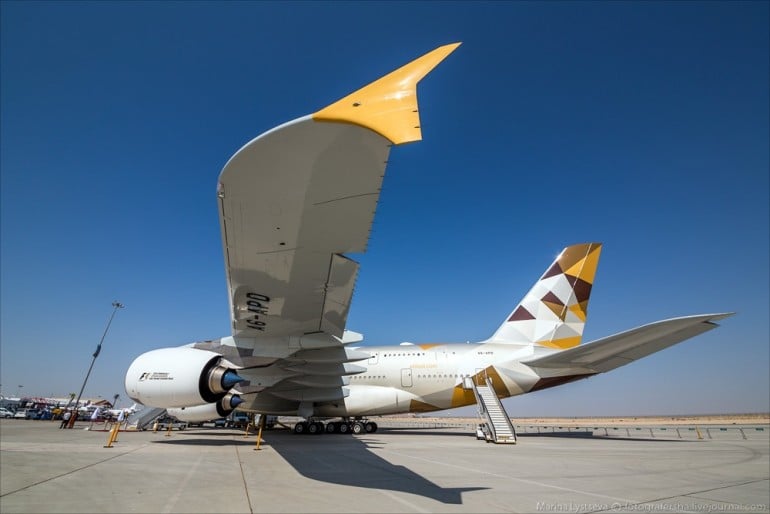 More than a year ago Etihad modified the livery on its planes. An A380 from its fleet was the first to get the new triangle pattern on its tail fin, instead of the flag and coat of arms of the UAE.

There are two decks – the upper deck is the luxury zone, with the The Residence, First Class and Business Class while Economy takes up the lower deck. 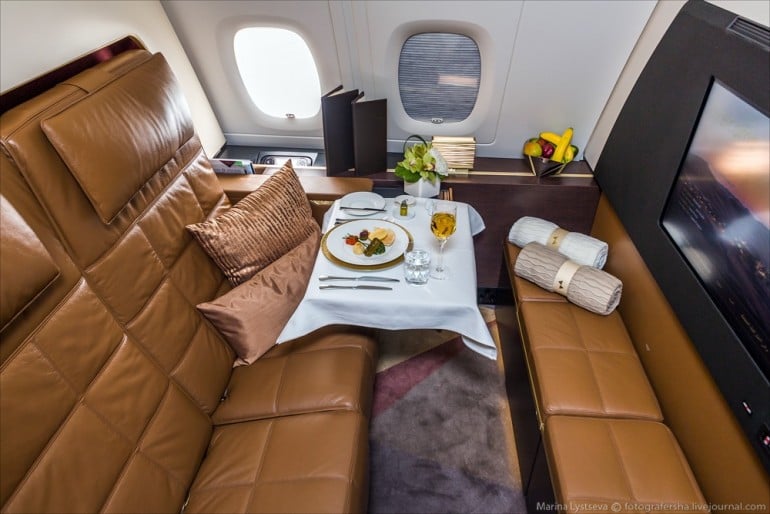 The suite will accommodate two persons, and has three rooms – living/dining room, bedroom and a bathroom (equipped with a shower and toilet). Here, passengers will be in the care of a private butler who is trained at the prestigious Savoy Hotel in London. 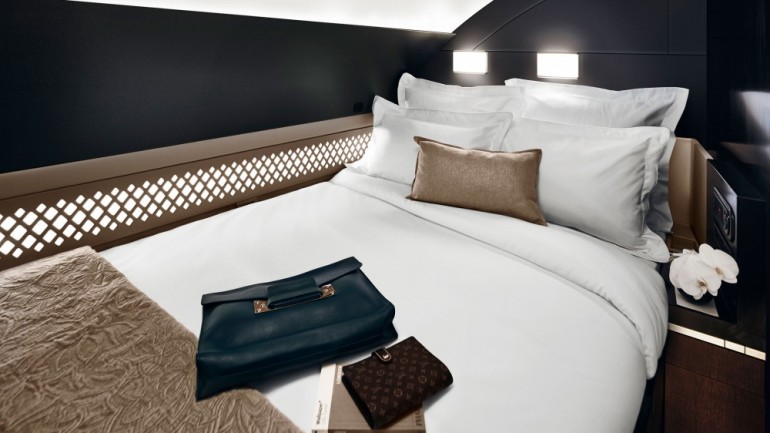 A price for a trip to Abu Dhabi to London in the Residence is Dhs 77,000 ($21,000). The total area of the suite is 125 square feet.. If that’s the price to travel with feet stretched out and back resting on a plush mattress, then why not! The bedroom has a full-sized double bed. 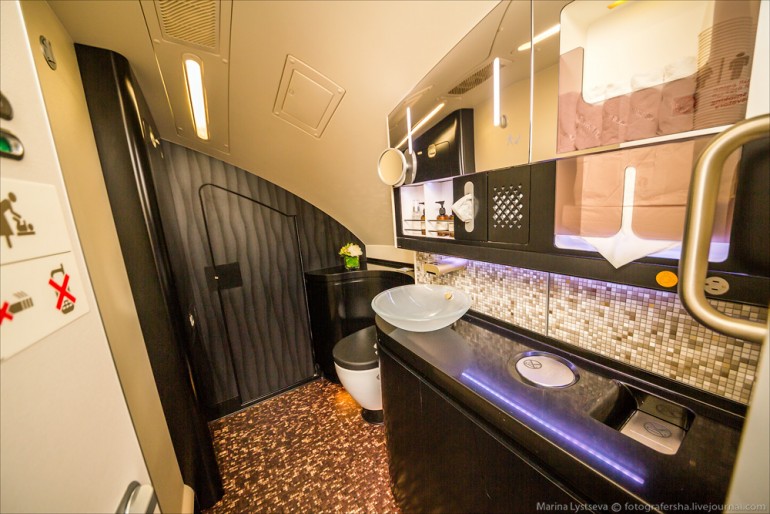 Even the bathrooms are appealing. This could be the eventual solution to the crammed 5cm radius that toilets traditionally take up in flights. Notice the little decorative plant? On a flight! And of course, not to miss the marble basin and tiled floors. 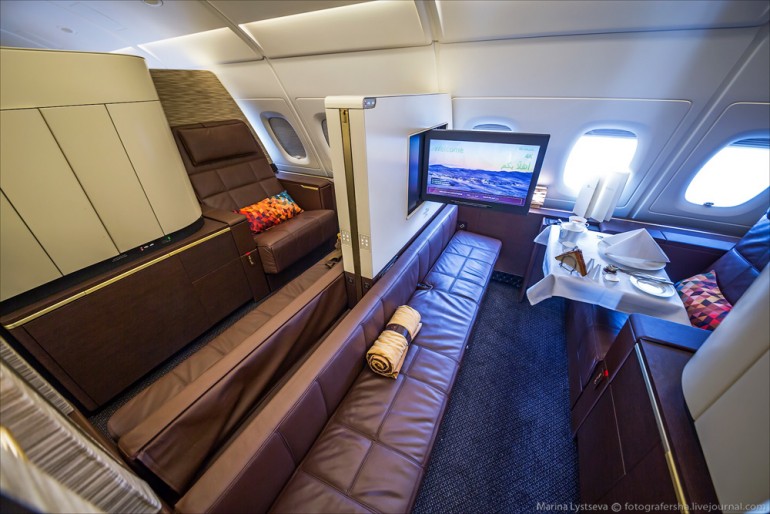 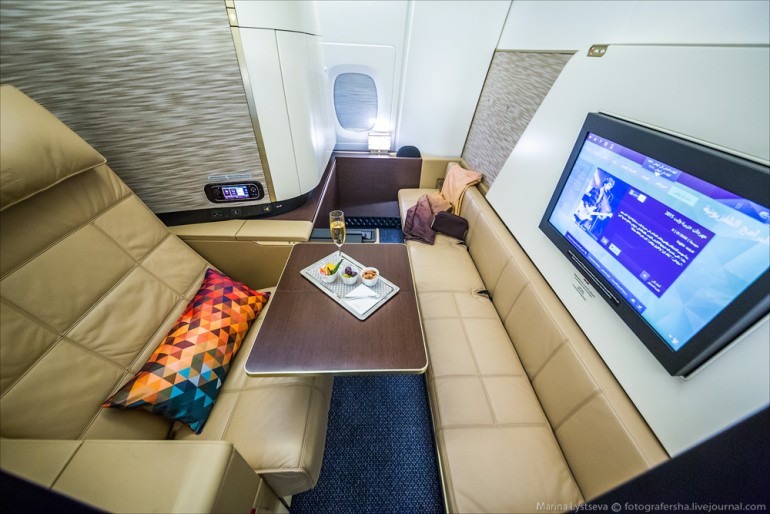 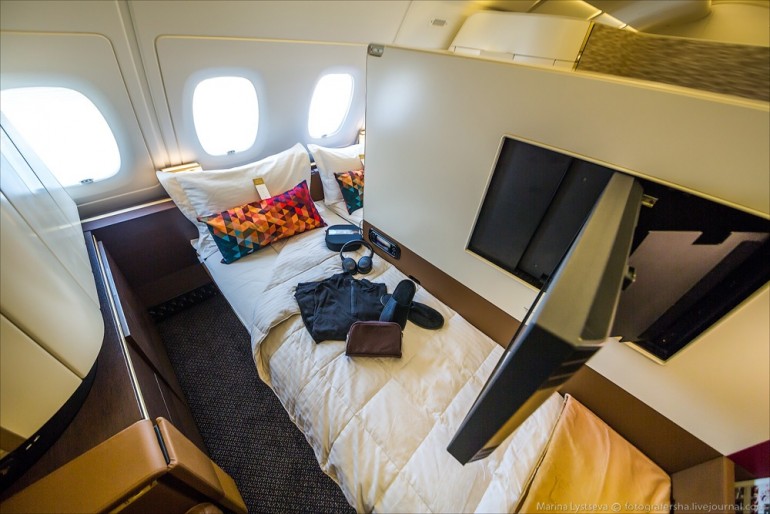 There is a partition in this suite which can be disclosed or enclosed depending on whether you wish to see your neighbour’s face. Ideal for couples travelling together who would rather not see each other until they reach their destination.

Business Class (Business Studio as Etihad calls it) does not have an enclosed private cover, but instead a cubicle with private space.

Here you can convert the seat into a bed at the touch of a button. Also, you will get free socks, ear plugs, a tooth brush, a comb, and other travel accessories. 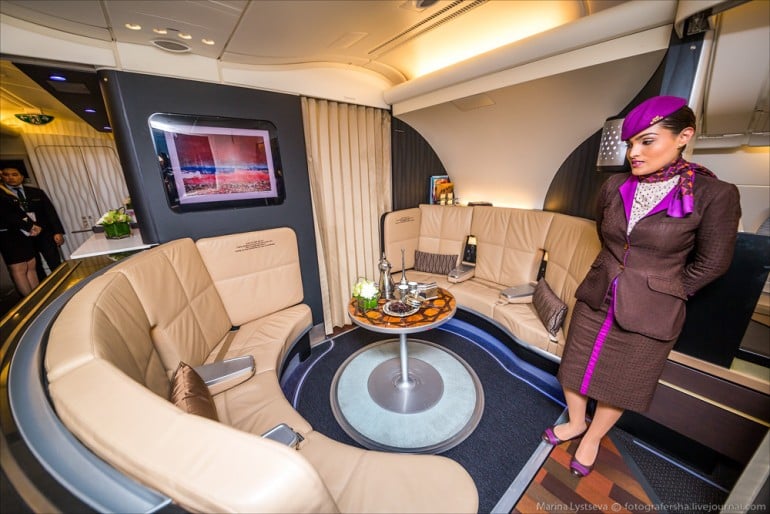 The Business Class folks can also enjoy a small bar at the tail of the aircraft to relax over drinks and plan how to make the next few millions to afford an upgrade to the Suites. 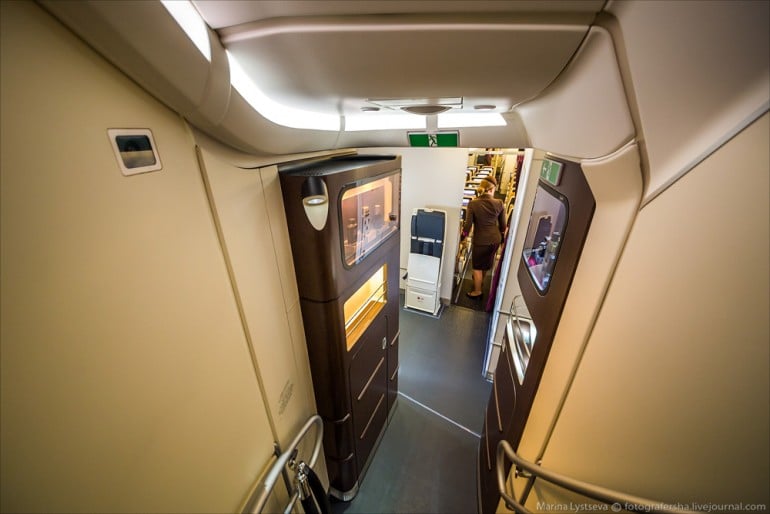 The lower deck is for Economy. 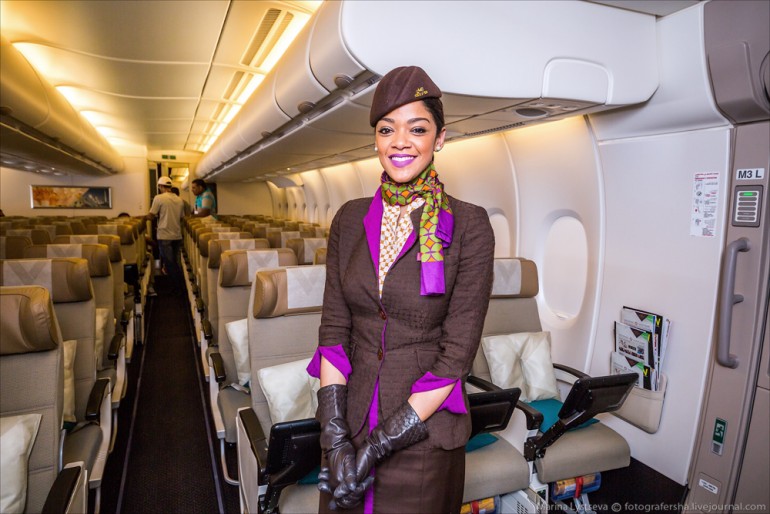 Nothing cattle about this class, it is more classy than Business Class of some other well-known airlines. 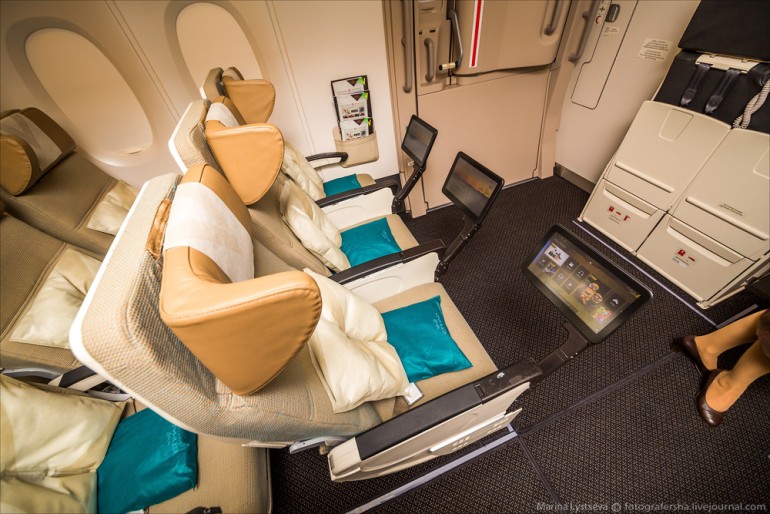 Cushions and pillows are available too. Such luxury! Also, the television screens don’t look like iron rods stuffed into the arm rest but rather sleep designs in black. 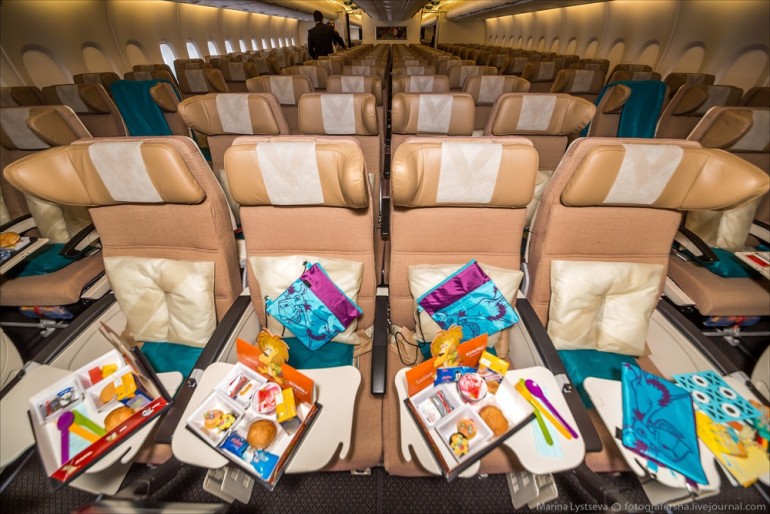 They even offer kid’s dinner sets. With colorful spoons.

So this year – travel in luxury, in style and in the best that life can give you, miles above in the bright blue sky.