In 2008 Californian aerospace company XCOR announced its two-seater private plane, Lynx, that was all set to compete against Virgin’s Galactic spaceships. The company is now announcing that such space flights for private citizens could be available as soon as 2014! The 45-minute space ride would cost a passenger approximately $95,000, including medical screening and G-Force training. A spokesman for XCOR, Bryan Campen, said that the Lynx is a precursor to a supersonic plane that will transport passengers between New York and Tokyo in a mere 90 minutes. While such a vehicle would take off and land in the same way as any regular plane, its unique feature is that for a large portion of its journey, it will fly outside the atmosphere, at a speed of Mach 3.5, 62 miles above the earth. 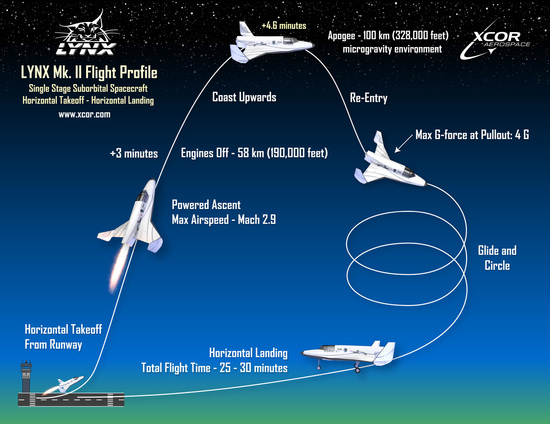 The private space race is once again heating up, with Space X having already completed a private mission to the International Space Station in May of this year.
XCOR president Jeff Greason said that test flights for the Lynx will start in early 2013 and are expected to last about 12 to 18 months so that engineers can work out any kinks.
[Xcor via Huff Post]

Tags from the story
Space-Tourism, Supersonic