Finally the doors have opened at the Basel World 2014 and Rolex sure knows how to make a stunning entrance. At the Baselworld luxury watch and jewelry show, Rolex has showcased one of the most hotly anticipated releases of the year, the new Rolex GMT-Master II with a ‘Pepsi’ red and blue Cerachrom bezel. This comes just one year after the watchmaker released a blue and black version of the same watch which received rave reviews at last year’s show. Dedicated to the original GMT-Master timepiece from 1955, this latest iteration comes in white gold. The Pepsi GMT is arguably the most iconic watch from Rolex’s history, and its distinct red and blue bezel is often referred as the ‘Pepsi Bezel, but true Rolex aficionados will know that the color combination is attributed to PanAm airlines who Rolex worked with during the development of their two-time zone GMT sport watch. 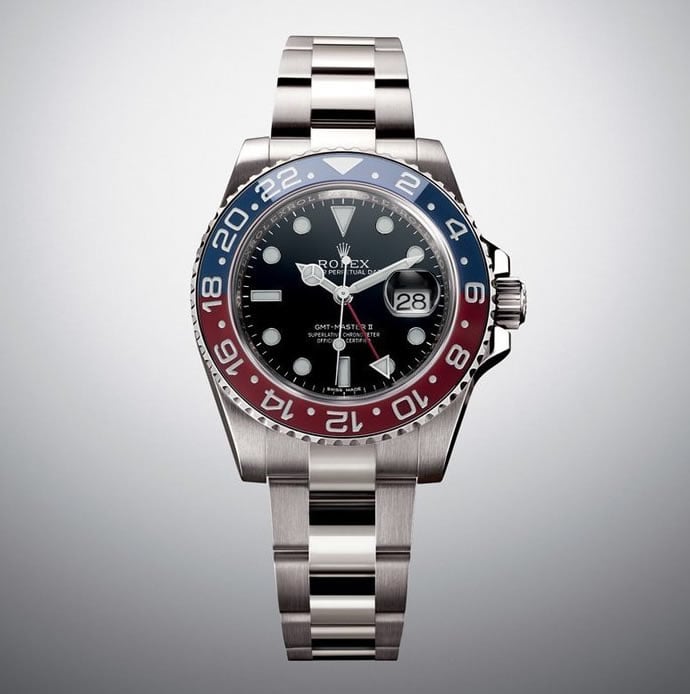 The red and blue bezel GMT-Master II watch has been revived several times over the past few decades since the early 50s but it was missing from the Rolex family for quite a few years now and few had anticipated that the brand will revive the iconic watch this year. Rolex moved all GMT-Master II collection watches to Cerachrom ceramic bezels from aluminum ones, which was definitely an improvement, but it took them a few years to produce two-tone bezels. The technical specfications of the new ref. 116719 BLRO are relatively similar to the Black and Blue GMT-Master II, including the use of the cal. 3186 movement with a Parachrom hairspring with Breguet overcoil, but instead of steel it comes in solid 18k white gold. The addition of white gold makes this particular GMT-Master II very expensive as compared to the steel Master II watches. If you want buy one, you’ll need to spend 36,500 Swiss Francs, which approximately comes to about $41,000. 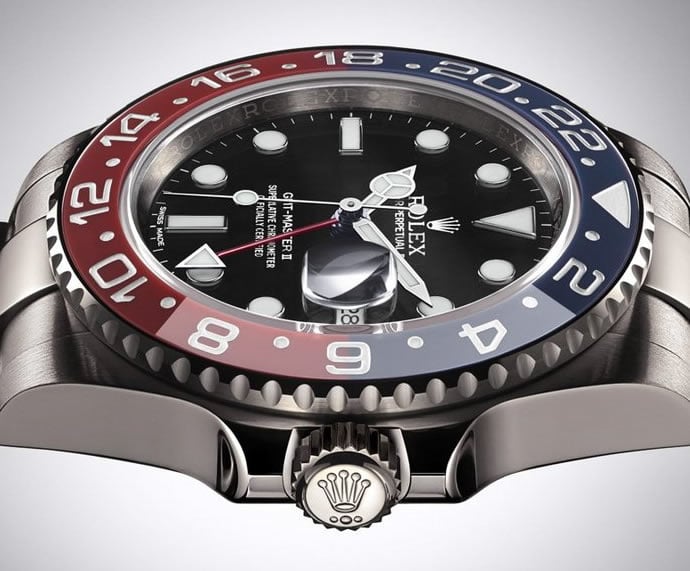 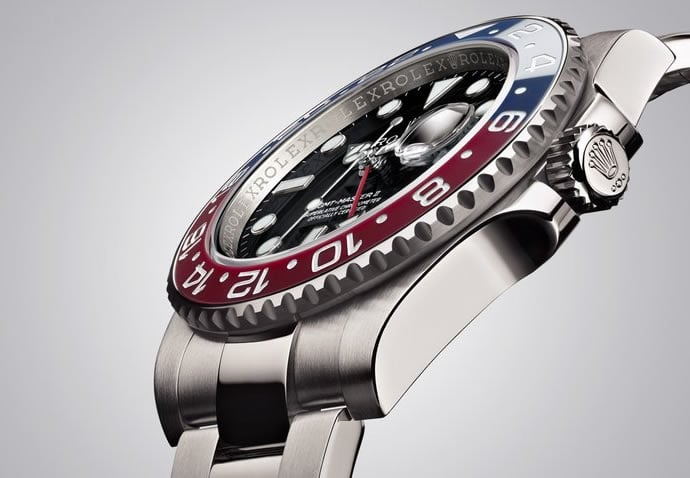