Back in 2018, Swiss watchmaker Urwerk its highly-technical UR-111C timepiece available in polished steel, gunmetal, and titanium finishes. The brand has now introduced a new two-tone version of the consisting of black PVD and brushed steel case. Beyond the aesthetic update, the new edition is identical to the previous versions. With the UR-111C, Urwerk ditched its signature wandering-hour indication to introduce a linear minute display. It uses a retrograde linear minute display with the numerals set at a 30° diagonal slant, which improves readability. Urwerk says it is a “spinoff of the mechanism invented for the UR-CC1.” 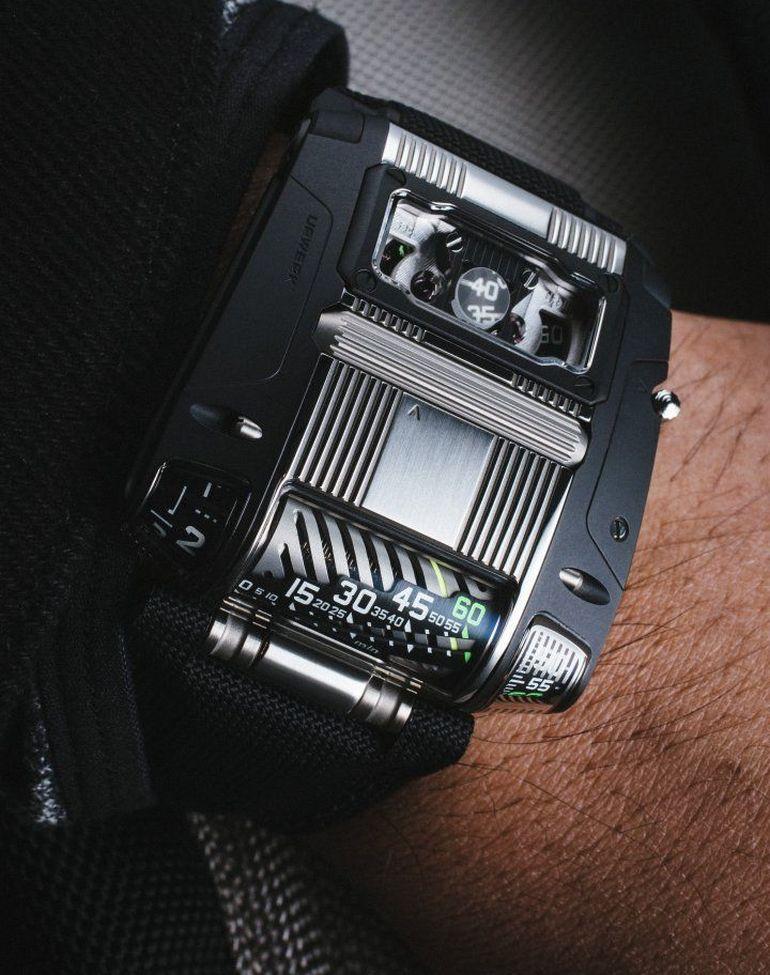 There are two conical displays on the front which have jumping hours on the left and running minutes on the right. There’s also a jumping digital seconds display on the top of the watch that uses an array of optical fibers to project the numbers up toward the sapphire crystal window. The watch also doesn’t have a traditional crown. Instead, there are a pair of mechanisms for winding the setting the watch. “Having a watch with a second display was, for me, always important because that’s the way we see time passing, as we do with an hourglass,” said Frei, who serves as Urwerk’s chief designer. “And I think the way the two wheels of the UR-111C’s seconds display fall into each other is like sand passing down through an hourglass. The display is a celebration of the second. Because at the end, it’s all about giving pleasure—haptic pleasure.” Like the previous versions of the UR-111C, the new two-tone version is also limited to only 25 pieces and carries a price tag of CHF 130,000, or roughly $135,000 USD. 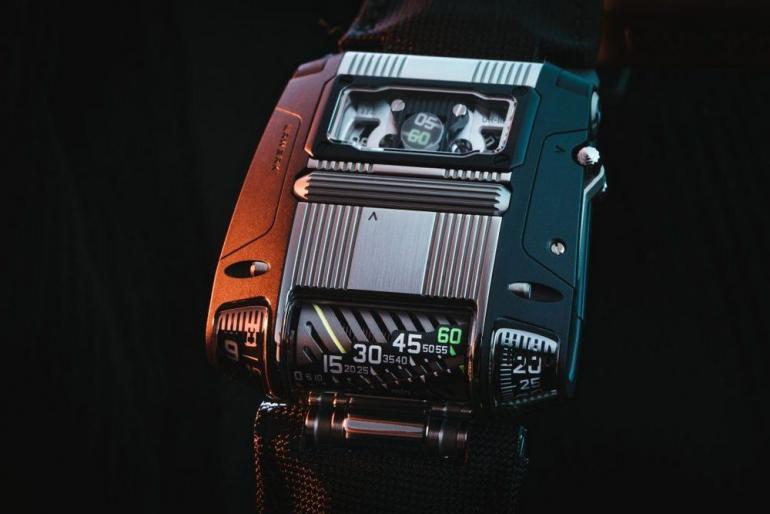 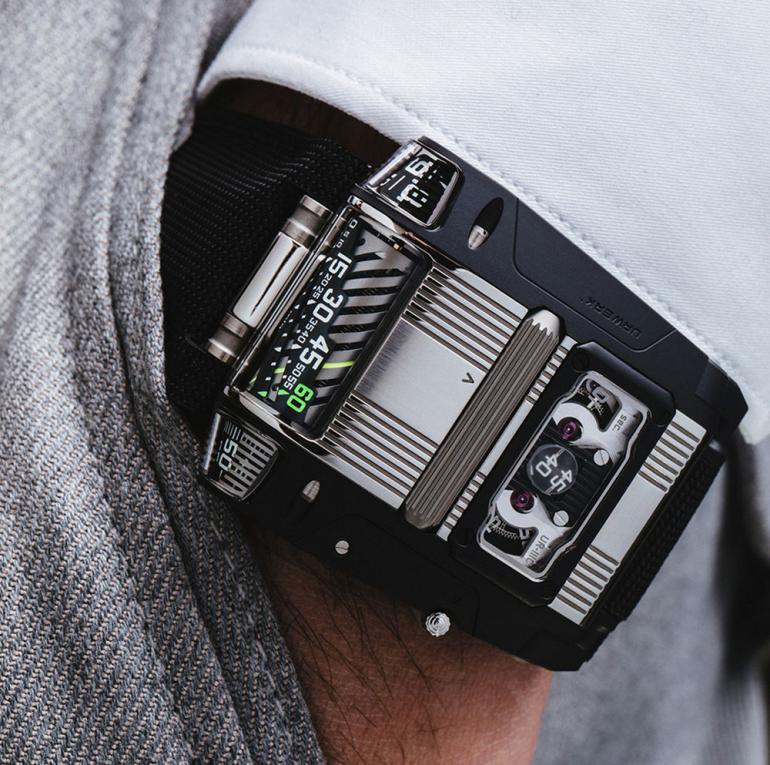 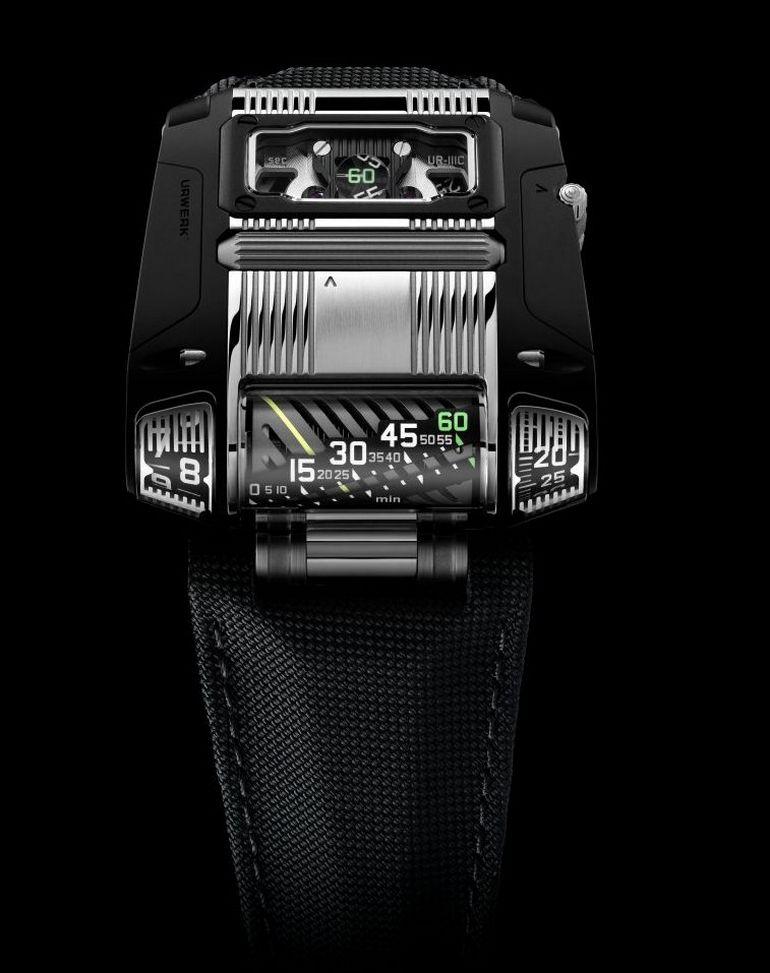