Hedge fund manager Paul Greenwood had to surrender his entire assets to the government after being imprisoned for embezzling $900 million of investors’ funds. Among the assets that the former Hedge fund manager surrendered was a collection of teddy bears. Yes, the man apparently had a fascination for these soft toys. His collection of German-made Steiff teddy bears recently went under the hammer at Christie’s auction. The teddy bear sale was the largest sale of the stuffed animals ever held and was deemed a historical landmark in collecting teddy bears and soft toys. Of the 585 lots from this extensive Steiff collection, the star was a half-red, half-blue “Harlequin” bear, dating from the 1920s, which sold for a cool £46,850 ($74,164). A 1953 black teddy also managed to fetch a cool £30,000 ($47,490).

At the end of the 9 ½-hour auction, the total sales registered in this teddy bear sale were a cool $1.7 million. 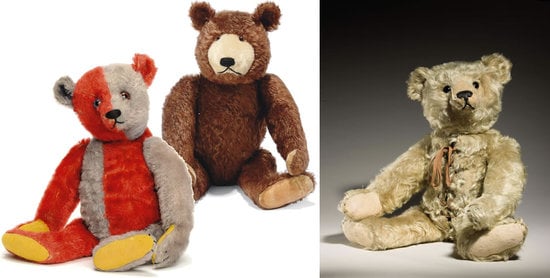 Tags from the story
Teddy-Bear