Yes, a shirt too can sell for $700,000. The only prerequisites being that it must be a 1000 odd year old, in mint condition and belonging to an exotic lost kingdom. Brining you one such piece of history enwrapped in cloth form is Sotheby’s that is all set to put on sale a rare and extremely mind-boggling shirt that is said to belong the Sogdian kingdom. 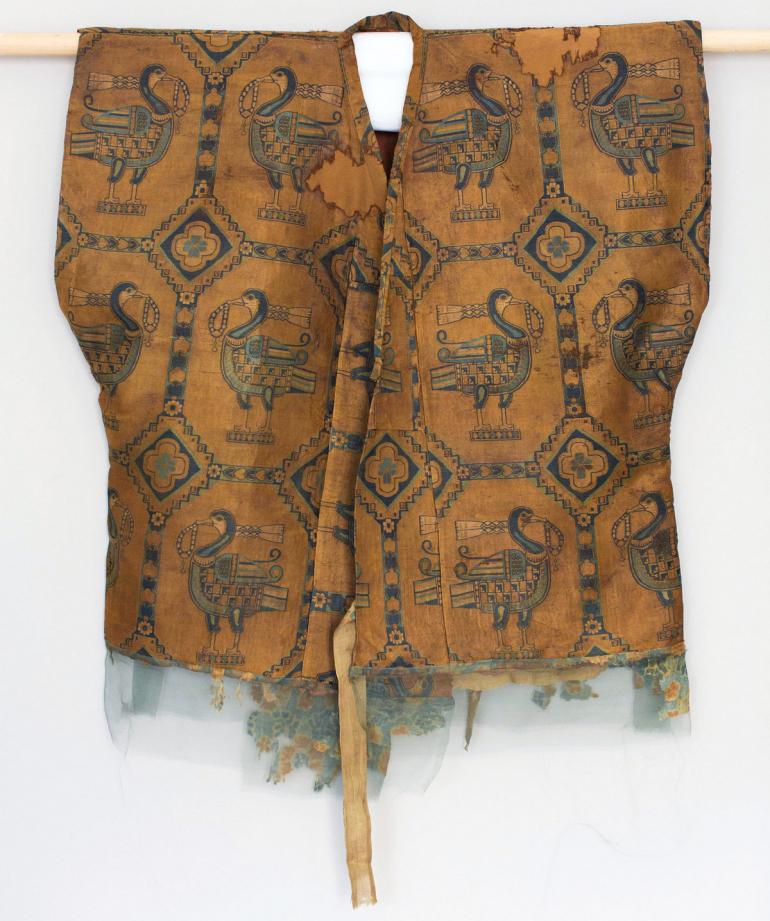 The beautiful shirt is decorated with ducks wearing scarfs and holding pearl necklaces in their beaks. It is further embellished with octagon motifs featuring hearts, among other shapes in a honey-gold silk background. The historic piece is said to be Samite-woven, a technique composed of weft-faced compound twills, ascribed to both Central Asia and China. It further comes with a sheer blue foliate fabric around the jacket, that give it a rugged yet chic look. Except for some roughed-out areas around the mid-riff and arm-pits, the shirt is said to be in a fine and untattered condition.

It was said to be owned by a roving dignitary or courtier of the Sogdian Empire, a kingdom that was once centered in modern-day Uzbekistan and Tajikistan, but later died out in the 10th century. As per Benedict Carter, the head of auction sales for the Middle East department of Sotheby’s, “A piece like this and in this kind of condition is indescribably rare.” It will go on Auction on April 25 at Sotheby’s, London.

Tags from the story
Shirt, Sotheby's