If royals are fascinating, their possessions are even more so. Queen Victoria’s beloved pearl and enamel musical domino box by Bautte is an example of their exquisite objects and a testament to the early 19th-century Geneva craft. The ornate rectangular blue domino box was created in 1804-1808 by Jean-François Bautte in Geneva. Offered by Sotheby’s for an estimated $300,000- $500,000, the 1804-1808 solid gold blue enamel and pearl encrusted domino box was the queen’s favorite pastime that the monarch indulged in with her husband, Prince Albert. They enjoyed the game so much that it is mentioned over 40 times in her journal between 1839 and 1861. 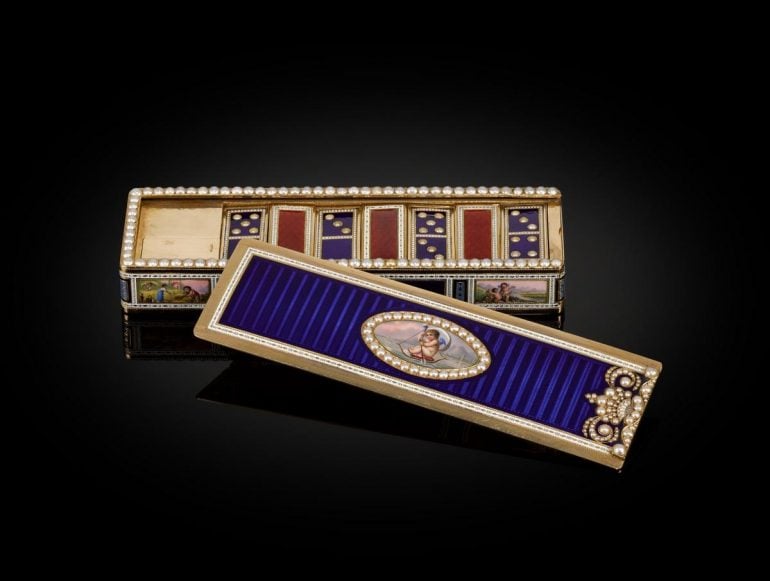 In addition to revealing incredible beauty and skilled craftsmanship, the domino box was a remarkable amusement piece with a concealed musical compartment. The velvet case housed a complete set of 28 domino counters, each enameled in translucent blue over chequered engine-turning-around numbers, per Sotheby’s. The sides of the enamel box feature four vignettes depicting the four seasons, spring, summer, autumn, and winter. The underside of the case comes with a paper label of the Saxe-Coburg-Gotha coat of arms, including the motto ‘fideliter et constanter.’ 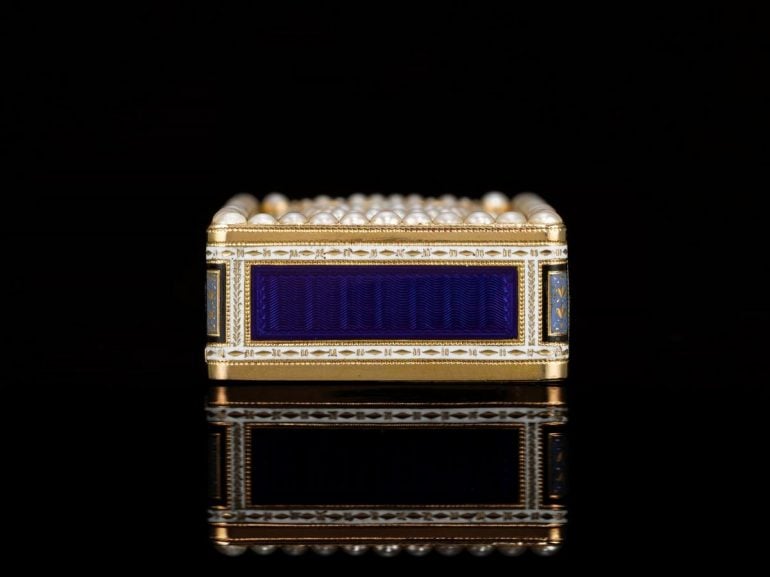 The box lid is enameled with a sailing Cupid on his quiver. The musical domino set was aptly gifted by the queen to her youngest son, Prince Leopold, Duke of Albany, a lover of games. It was eventually passed down through the descendants of Prince Leopold until it appeared at auction nearly 40 years ago when acquired by the current owners.